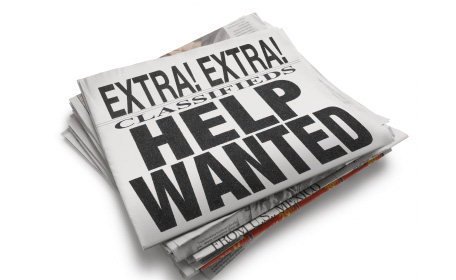 Happy OHH #ThrowbackThursday! Today’s article was originally posted on August 17, 2012, and I still hear from people who used the tips in it to land their dream job working in animal rights. Most recently, I heard from OHH reader Jordan, who said this:

Hi Jasmin,
I’m not sure if you will remember me (I bet you get A LOT of emails that begin that way!) but I emailed you and Mariann a little while ago just to say thanks, and for helping me get through law school.
Just wanted to let you know that I’ve finally landed my dream job working for an animal protection organization here in Australia, and it’s not a lie when I say that your article a while back — “14 Tips on Getting a Job in Animal Rights” — really helped!
I’m not sure if you have heard of the organization, Australia for Dolphins, but we have just launched a legal case in Japan, which is pretty exciting!
I thought perhaps the legal aspect of our campaign could be interesting for OHH’s budding animal lawyer readers. The case is against the Taiji Whale Museum for refusing entry to animal welfare observers based on their appearance. We hope the case will cause the Museum to eventually open its doors to public scrutiny, and for the dolphins inside to be released back to the wild (after rehabilitation). The case also aims to bring media attention to the annual dolphin drive hunts that take place in Taiji and are fueled by the captive dolphin industry.

Pretty cool, eh? I wanted to publish that whole letter (with Jordan’s permission, of course) because I wanted to show you the kind of monumental change OHH readers are making worldwide. (And stay tuned for a feature article that Jordan is now working on for us to find out more about this campaign.) I’m so happy that my 14 Tips were helpful to Jordan, and I hope that they’re helpful to you, too!
***
Working in AR is something I have been lucky enough to have found my way into. Among other jobs in the movement, I was the campaigns manager for Farm Sanctuary for a few years, and was a contributing writer for VegNews Magazine from 2006-2013. This all started prior to co-founding OHH with Mariann. All of this said, here are some general tips for those of you looking to devote your lives to animal rights in a paid capacity:

The hopeful news, for all of you job-seekers-with-a-conscience, is that the more that animal rights enters the mainstream, the more demand there will be for professional positions helping animals.
So stop reading this already, and get cracking!

All I Want for my Birthday is “Our Hen House: The Online...

“Antennae” Journal Focuses on Animal Advocacy and the Arts