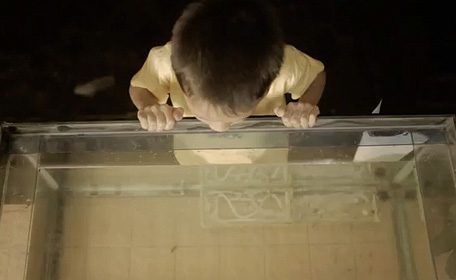 What have you done during the past two days? Finished a little work, had a few beers, argued with your lover about nothing, made up, watched The Biggest Loser on Hulu? (That might be partially autobiographical.) How about made an entire film? If you were a part of The 48 Hour Film Project, that would have been the case. What does the “48HFP,” as they call themselves for short (they don’t have time to say the whole thing) entail? Well, after you sign up, you write, shoot, edit, and score a film. In 2 days, it’s absolutely finis. The following week, your short masterpiece shows at a local theatre. 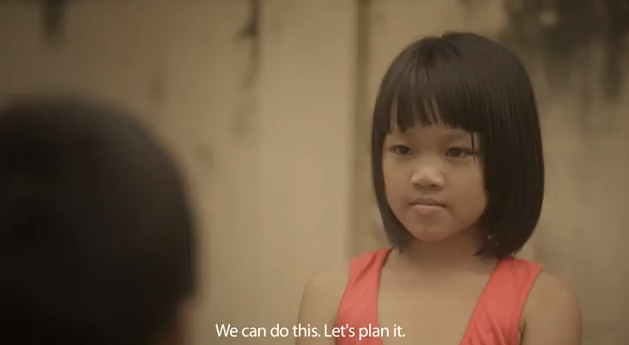 Last year, this project was responsible for the creation of 4,000 films on 6 continents. One of those films was Canh Ba Ba, or, for those of us who don’t speak Vietnamese, Turtle Soup. Canh Ba Ba tells the story of two feisty, passionate kids in Vietnam who want to liberate a turtle from his fate of becoming soup (turtle soup is a delicacy in Vietnam and other Asian countries). Though the past 2 days, for me, were not full of anything revelatory in terms of what I produced, I did do at least one thing that I don’t regret: I spent 5 minutes watching this enticing, moving, charming, and surprisingly deep film about following your heart and saving a non-human life. But don’t take my word for it. Canh Ba Ba took home many prizes from the 48HFP, including “Winner of the Best Film — Canon 48HFP Festival, HCMC, Vietnam”; “Second Runner Up for Best Film and Honorable Mention for Writing — International 48HFP Festival, Taos, USA”; and it even made an appearance at Cannes.

Good on writer and director Gyalthang Tsering Tashi for using his otherworldly talent in filmmaking, and the platform of this unique festival, to give animals a voice. Though Canh Ba Ba tells the story of just one little turtle, the message rings loud and clear for the countless other animals — turtles, bears, chickens, cows, dogs, chimps… the list, sadly, goes on and on — who are mindlessly “thrown into the boiler” without so much as a second thought. The minute you squint a little and allow (or force) yourself to see things differently — from the animals’ point of view, for example — nothing will ever be the same.

Of course, as with any movie in which live animals are used as “actors,” Canh Ba Ba does raise a concern about the actual turtle who appeared in it. Although the titles at the end assure us that no animal was harmed in the making of the film, as we know, we don’t all have the same idea of what “harmed” means in this context, and it’s something that all of us — whether film viewers or filmmakers — need to be more and more sensitive to. Keeping that issue at the forefront of your mind, and continuing to ask yourself the tough questions about when and where to draw the line, if you are artistically-inclined at all, use your platform to insert the animal message. Here’s some inspiration for you:

Episode 115: “Never interrupt someone doing what you said couldn’t be done.”

There’s Always “Time for Change,” and for a Vegan New England Clamless...