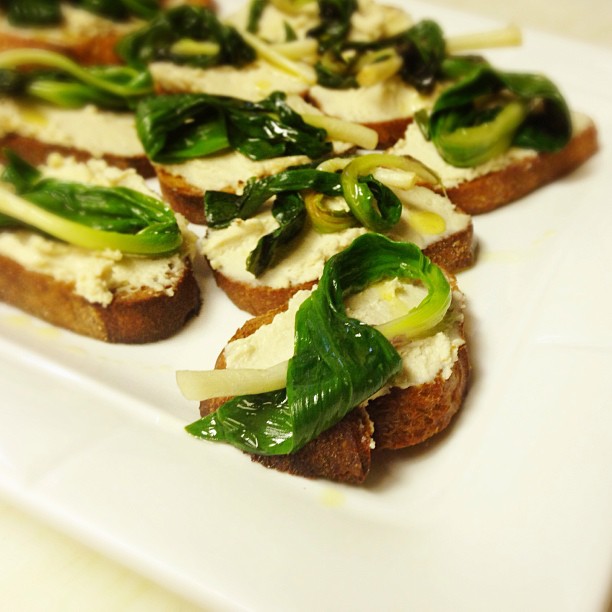 Those of us in NYC fondly remember when, back in 2009, talk of an Italian restaurant out on Long Island began to circulate, including mention of out-of-this-world, comfort food-style, vegan grub. Even though we New Yorkers have our choice of dozens of vegetarian restaurants, it became impossible to ignore the buzz about this pizzeria out in the burbs. Word spread fast. Suddenly, various foodie-related Meet-Up groups from Manhattan were heading there by the busload, and emails were being circulated by carless city dwellers asking who wanted to go in on a rental. A trip to 3 Brothers quickly became a necessity. Little did we know that the man behind the curtain was really a boy; 16-year-old vegan entrepreneur and chef, Jay Astafa. Jay, who had already made it his life’s mission to change the world for animals through food, was the impetus for the addition of a vegan menu to the offerings at the restaurant — which belonged to his dad.

Now Jay is 20, and once again New Yorkers are taking note. On April 25 and 26, he will be sharing a sneak peek of his latest vegan fine dining concept, jay kitchen, a 2-day pop-up restaurant at New York’s Old Bowery Station. The 8-course tasting menu includes  king oyster mushroom scallop, spring crostini duo, chilled potato and leek soup, ravioli with asparagus and ricotta, smoked cauliflower steak, housemade cheese plate (made from cashews), “dragon breath” caramel popcorn, and a grand marnier infused chocolate tart (created by Jay’s close friend, 23-year-old vegan pastry chef, Dani McGrath). Tickets to the jay kitchen pop-up are $95 and include the 8-course tasting menu as well as wine and beverages. This is a fine-dining vegan experience worth saving your appetite for.

Here at Our Hen House, we’re huge fans of the pop-up model. Perhaps you remember when we reported on Chef Ayinde Howell’s pop-up, Wildflower? Ayinde subsequently joined us on our podcast to discuss how his NYC pop-up became a multi-city event, spreading compassion and opening eyes and palates to the deliciousness of cruelty-free food. There was also the pop-up store, Vegan Bodega, which we told you about back when we interviewed the creator, Eric Hopf. Indeed, the pop-up model can be the perfect foundation for a for-profit activism venture — such as a shop or restaurant — and it can also effectively awaken and enlighten the public (and the media) to veganism, making them want more. Jay Astafa’s Ravioli. Come to jay kitchen next week to try this for yourself.

jay kitchen is following that trajectory. The pop-up set for next week is just a prologue to what’s next for vegan fine-dining in NYC. Jay has plans for a full-on restaurant, and something tells me he’ll deliver. There seem to be plenty of reasons for Jay, a self-proclaimed “culinary activist,” to celebrate. Though his pop-up isn’t scheduled until next week, mainstream news stories about it are already appearing — including in Zagat, and in The Brasier, which begins its piece with, “Today, in baby chefs who make us feel bad about how little we’ve accomplished in our lives …”

This guy’s success means success for vegans, and ultimately — one would hope — for animals. To that, I’ll raise a glass. Perhaps by the time Jay Astafa’s restaurant opens, he’ll be old enough to raise one with me.

Read on for an intimate, inside glimpse into what makes Jay Astafa tick, and what makes him cook. See you at jay kitchen!

Our Hen House: What was your role in getting a vegan menu added to your dad’s restaurant, 3 Brothers? What has the response been? Cauliflower Steak by Jay Astafa. Come to jay kitchen on April 25 and 26 to try this for yourself.

Jay Astafa: I started the vegan menu at the original 3 Brothers in 2009. At that time, I had been vegan for about 2 years. There wasn’t any place to get vegan pizza on Long Island. In 2009, Daiya came out with their [vegan] mozzarella. In the summer of 2009, I created an all-vegan pizza menu for my dad’s pizzeria. I remember the first week we started, I ate vegan pizza for a week straight. I was so excited to finally have pizza again. At that time, my dad had no idea about vegan food, but he let me do what I wanted. He has now learned to cook vegan, which is great!

A couple months later, when I was 17, I created a full vegan menu with dishes like Mozzarella Sticks, Oyster Mushroom “Calamari,” Seitan Parmesan, and Penne Alla Vodka. We had people coming from all over, and Long Islanders were happy that there were finally vegan dining options. The original 3 Brothers in Rockville Centre changed ownership in 2012.

In March 2013, we opened another 3 Brothers Pizza Cafe in Farmingdale, Long Island. We have added even more amazing things like Mac ‘N Cheese and Fried Drumsticks. I’m really happy that people on Long Island have a restaurant they can go to that is vegan friendly.

OHH: How does jay kitchen’s menu differ from the menu there? JA: The menu at 3 Brothers Pizza Cafe features vegan comfort foods and pizza with an Italian influence. I am ready to explore something new and different, so I created jay kitchen. My concept focuses on vegan fine dining that features modern techniques, local and organic vegetables, and hand-crafted ingredients.

At the pop-up, one of the courses, the caramel popcorn, involves liquid nitrogen. When you eat it, you get a dragon breath effect! The first course features caviar made from balsamic. jay kitchen is all about creating a fun, gourmet dining experience! I’m also featuring house-made vegan cheeses. People love cheese, and I want to show them that you don’t need to harm cows for it. The butter is made with cashew cream and all the cheeses are made with cashews that are cultured.

People don’t usually connect vegan and fine dining together. I want to show the NYC dining scene that you can have a fun vegan fine dining experience that doesn’t harm a single animal.

OHH: What do you hope this pop-up restaurant will lead to for you? What are your plans for the future?

JA: I hope my pop-up restaurant will lead to a flagship restaurant by the end of this year. I want to take vegan dining somewhere it hasn’t gone before. I also would like to write a cookbook.

OHH: How do you find the inspiration for the dishes you concoct?

JA: When I create dishes, I like to make ones that people don’t usually expect in vegan dining. For the jay kitchen pop-up menu, I’m taking vegetables from side dishes to center stage. If you think outside the box, there are so many things you can do with vegetables and other ingredients. To me, vegan cooking is just so inspirational. You’re always doing something new and exciting.

OHH: What is the driving force behind your veganism?

JA: I became vegan almost 6 years ago, when I saw a PETA video. If I was a chicken or a cow, I wouldn’t want to be used for someone’s dinner. That’s why I’m vegan. I believe all living beings are equal. Going vegan has inspired me to become a chef and change the world for animals through food.