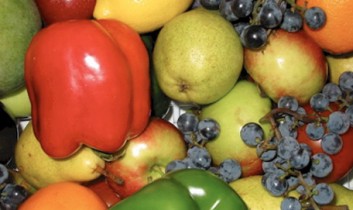 I love Dr. Fuhrman, and I am not ashamed to say it. Though I too often fail to follow his advice, when I do I am healthier and happier than I have ever been before. And lots of people who have far more serious health problems than I do — including type-2 diabetes, rheumatoid arthritis, heart disease and a host of other health issues — have been helped by his super healthy diet. If you are not familiar with his work, I recommend you run right out and get Eat to Live for some of the most intelligent commentary on diet you will ever come across.

I kind of remember hearing him say, a while back, that he would never reach mass popularity with his advice since the dietary changes he recommended (in a nutshell, to eat a diet made up completely, or almost completely, of vegetables, including legumes, nuts, seeds and fruits) were just perceived as too radical — as if giving yourself heart disease were  not radical. (N.B. in the interest of full disclosure, his advice is mostly vegan, and he supports a vegan diet, but he doesn’t publicly object to very small amounts of some animal foods in the diet and also promotes fish oil, as an alternative to a vegan option, for supplemental omega 3s.  These facts bother me,  though I have noticed that they tend to legitimize him in the eyes of non-veg’ns).

Well, times have clearly changed.  Apparently, Whole Foods is seriously courting him, and plans are in the works for some joint efforts. I truly could not be more excited, not only for what this will do for the increased availability of healthy vegan food, but for what it will do for the people who find out how high quality food can change your life.