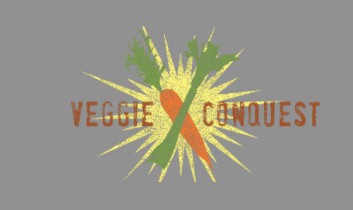 Maybe you’ve heard of Veggie Conquest by now. You almost certainly have if you’re in New York City. Veggie Conquest (the brainchild of awesome activist Jessica Mahady) is an amateur cooking competition like no other. Chefs are told a secret ingredient a week before the event, they prepare a vegan dish using that ingredient and bring it to the event, judges and tasters choose the best dish, awards are given, and everyone gorges themselves as if tofu were going out of style.

In perhaps my favorite video assignment yet, I was able to go behind the scenes at Veggie Conquest 4. Turns out there’s a lot more than meets the eye involved in making this event successful. I’ll let the video speak for itself…

Our Hen House on Veggie Conquest from jasmin singer on Vimeo.