One Activist’s Story: “I create art in response to the images I encounter.” 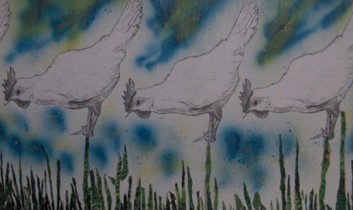 Sara Spencer is another artist/activist whose harrowing and beautiful work speaks for those who can’t. Through December, Portland, OR based Akemi Salon, boasting “Cruelty-Free Hair Care,” is hosting Sara’s animal rights themed art collection. This is truly advocacy at its finest: Here you have a talented artist (Sara), teaming with a vegan for-profit company (Akemi Salon) — all to benefit the animal advocacy organization that we know and love, Mercy for Animals.

“When Suzzette Fasching-Easton, owner of Akemi Salon, initially approached me with an art show opportunity,” Sara tells me, “I knew it was the perfect event to spread awareness of animal rights issues and raise funds for Mercy For Animals, the organization that never failed to fuel my activist rage… and what better place than a vegan hair salon?”

But how did Sara, who is only recently out of high school, start using her art to advocate for animals? She explains: “I attended a magnet arts school from 6-12th grade. Maybe it was initially for shock value, to spark conversation in the art room, or simply to avoid explaining myself to the art instructor. Whatever the case, I began creating artwork exclusively featuring animal rights messages, and intensifying the frankness as the year progressed. One of my very first animal rights pieces [‘Used & Abused’ — pictured below] won a school district-wide art show, and is permanently hung at the ESD administration building in Vancouver, Washington.” 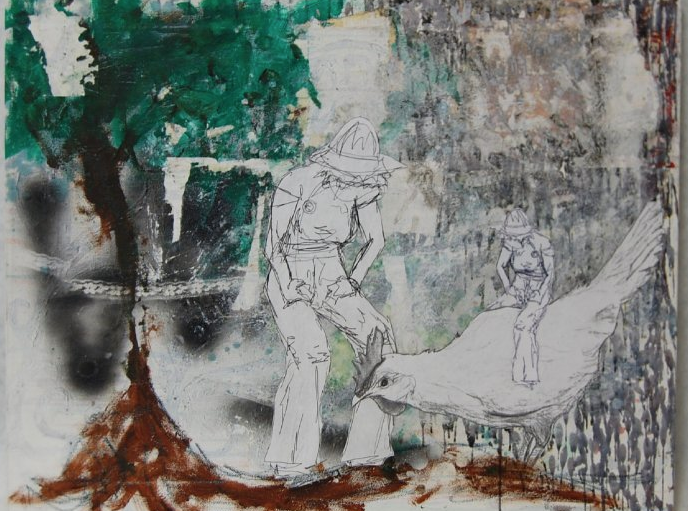 “Used and Abused” by Sara Spencer

During Sara’s final year at the school, she became captivated with photos from undercover investigations inside slaughterhouses. “I spent my senior year sifting through undercover photos while reveling in the dismayed expressions from middle schoolers who snuck glances at my work. Some would playfully shriek ‘Bunnies!’ before realizing the fluffy bunnies portrayed with oil paint were actually victims of cruel and unnecessary experiments.” 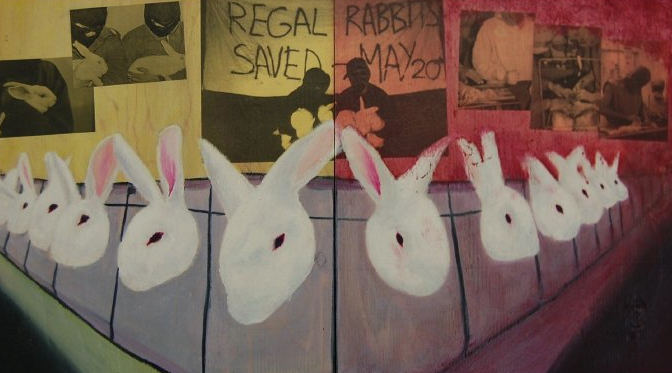 At her current exhibit, “P&G Kills Bunnies” is hung in clear view from the front door. Sara continues, “Everyone walking in is greeted with a reminder of why a cruelty-free hair salon is so significant. Why torture animals — putting them in restraints, forcing chemicals into their eyes and shaved skin, while their necks are often broken during a struggle to escape — all for the sake of ‘beauty?'”

While in high school, despite the awkward or uncomfortable side glances from some of her fellow students, Sara was non-plussed, and knew that this message needed to get out. Her art was her portal. “This is reality,” she says. “My paintings are windows into the unjust situations within the meat, dairy, fur, and cosmetic industries. Everything is blunt, depressing, and true.” 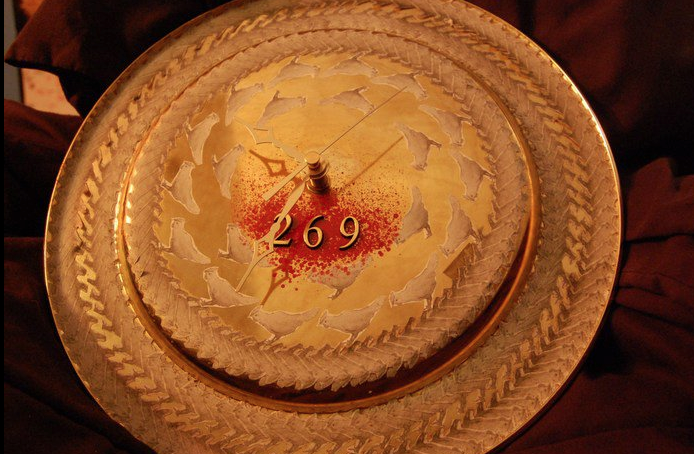 Sara’s “269” — referring to the numbers of chickens killed in the US every second — is a personal favorite piece of mine. This is a number I actually have tattooed on my left wrist, helping to keep things in perspective for me, and refocusing my activism. Sara’s choice to put that number on a clock, framed with chicken silhouettes, is intriguing. Her work, though often dark, is inspiring. It hits you in the gut and is a stark reminder of the fight we have ahead of us in this battle to liberate animals. Using her otherworldly talent to advocate so profoundly for animal rights, Sara epitomizes the true meaning of creative activism.

As for what fuels her, Sara explains, “Watching documentaries such as Earthlings, Meet Your Meat, The Cove, and undercover footage, fuels my activist rage. If there’s no petition to sign, protest to attend, or metaphorical window to break, creative outlets come into play; I create art in response to the images I encounter.”

100% of art sales will be donated to Mercy For Animals, as well as all donations collected throughout the duration of the show. Please consider making a donation. And if you are interested in purchasing one of the pieces, visit Sara’s flickr page, then contact her at vncvegan [at] hotmail.com 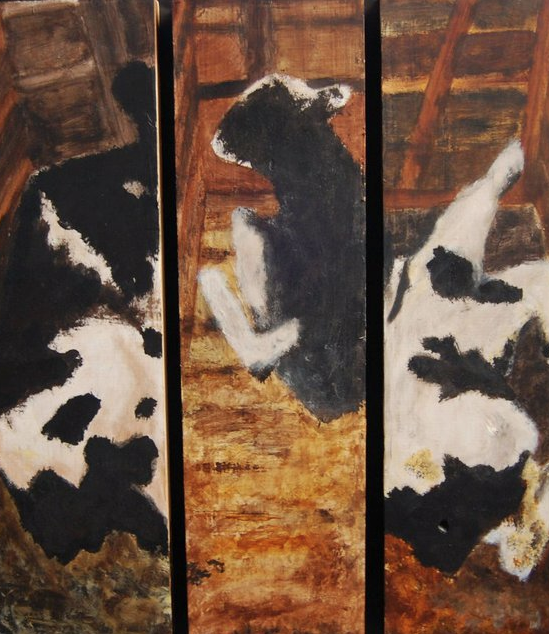 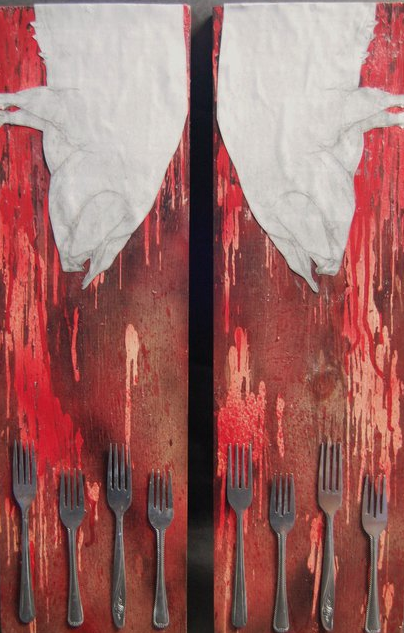 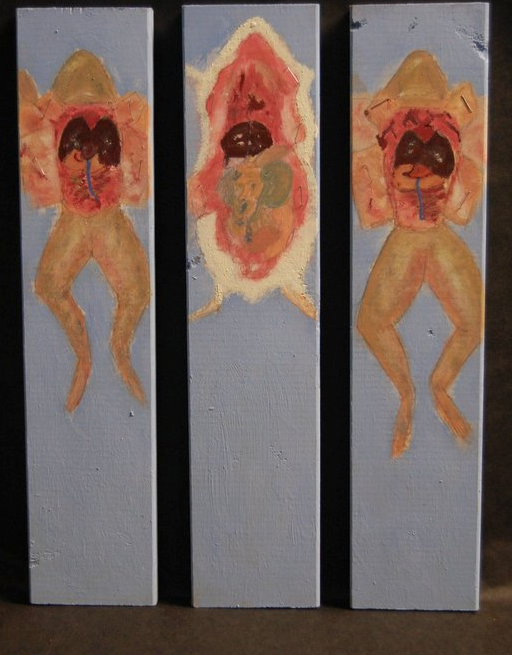