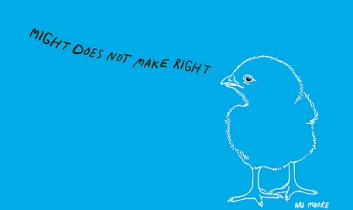 Ari Moore, an Ithaca-based activist and artist, has been speaking up for animals through her art for years now. When I first saw her work, I was immediately drawn into her world of exploring speciesism through drawings and other creative means. Along with her partner, Shira Golding, Ari created Shirari Industries, a creative consulting business that offers graphic design, websites, and video production to non-profits, activists, and independent artists.

“My inspiration comes from the world around me and all of its inhabitants,” Ari told me. “I feel an intense connection with everyone of all species, and believe we’re all family. When I see suffering I try very hard to reduce it.” When it comes to advocating for animals through her work, Ari’s passion is evident. “My skills lie in writing and drawing and photography and other creative work, so that’s the kind of activism I do — making posters and other works and putting them up in the streets, and engaging in as much dialogue as I can with the folks who respond to them.”

Though much of Ari’s work used to be negative — exposing the ugly underbelly of animal cruelty in hard-to-swallow ways (“I was busy processing my relationship to animals and humans…”), her work has taken a turn for the more positive, while still advocating for animals in profound and thoughtful ways. Said Ari, “Eventually I came around to the idea that a lot of folks are already focusing on the negatives and that can make people shut down in fear, rather than changing their actions. So now I try to keep my work very positive, showing solutions instead of problems, drawing attention to our connectedness, and appealing to folks’ sense of empathy and desire for positive change.”

Below is a sample of some of Ari Moore’s harrowing and enlightening work. You can also follow her on Flickr. 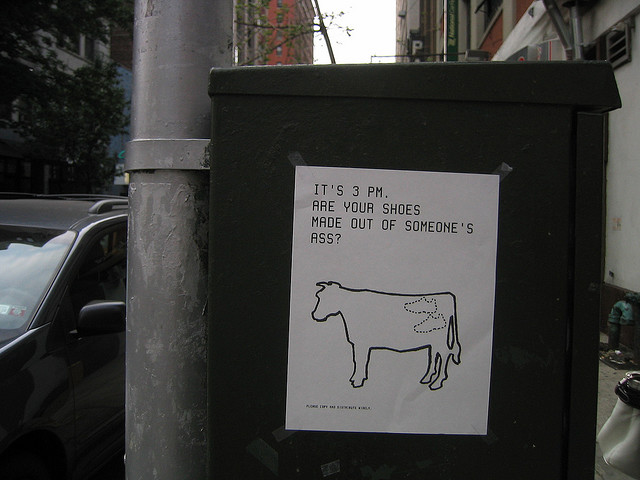 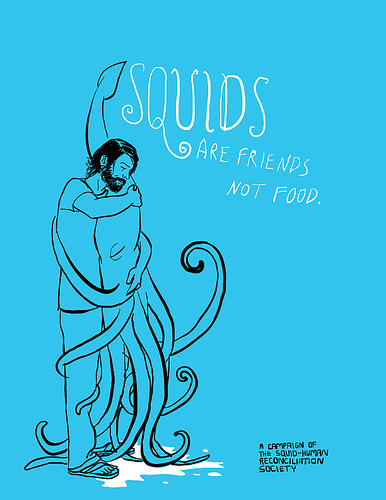 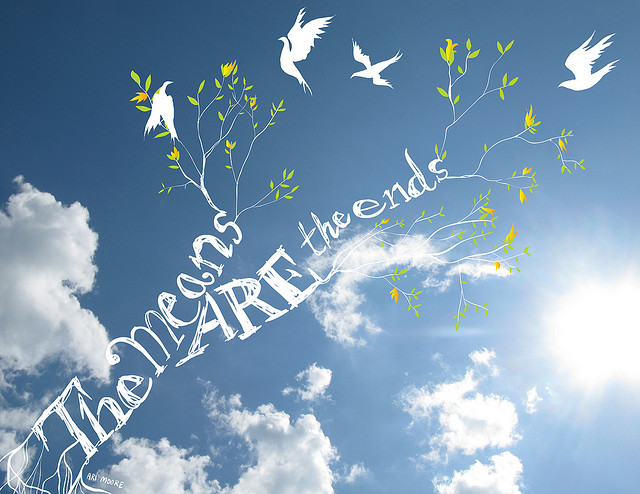 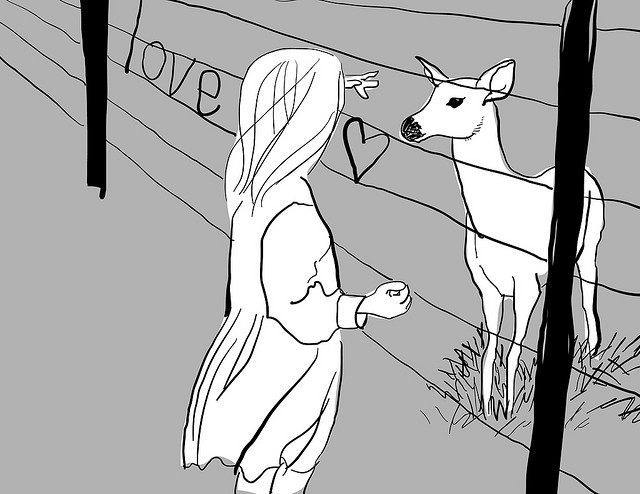 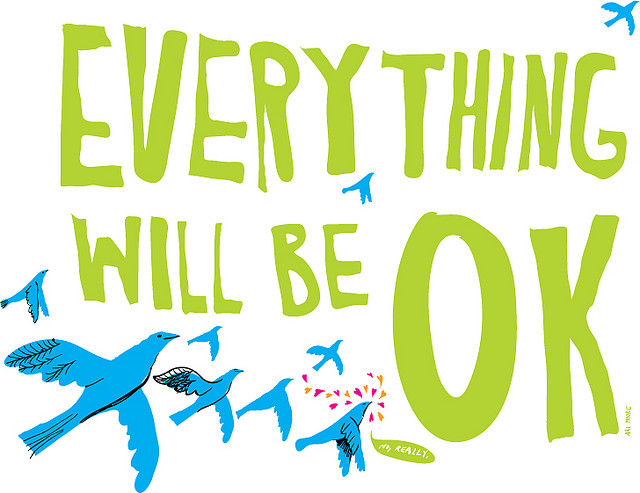 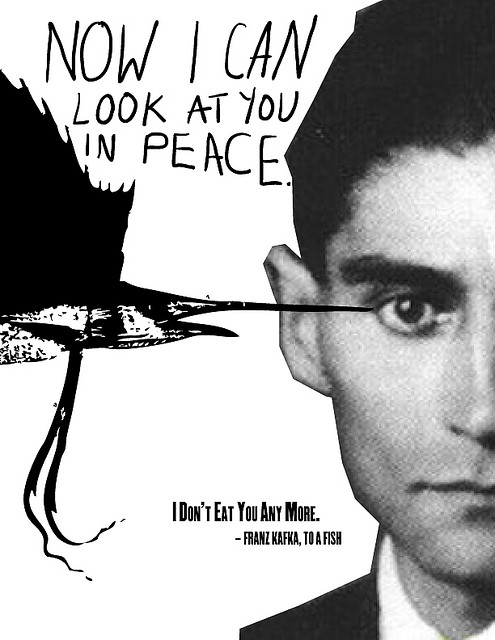 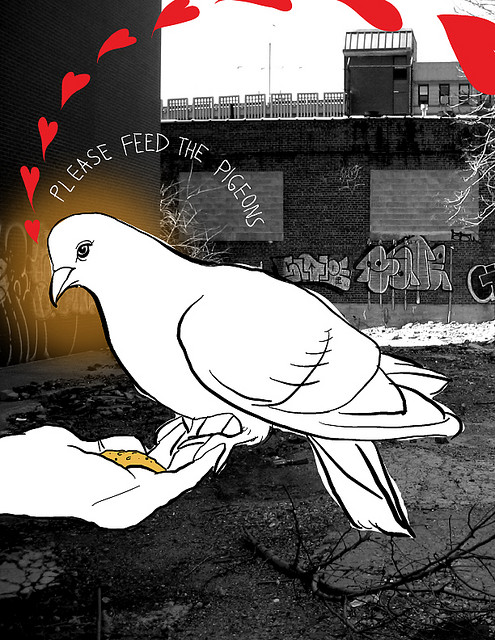 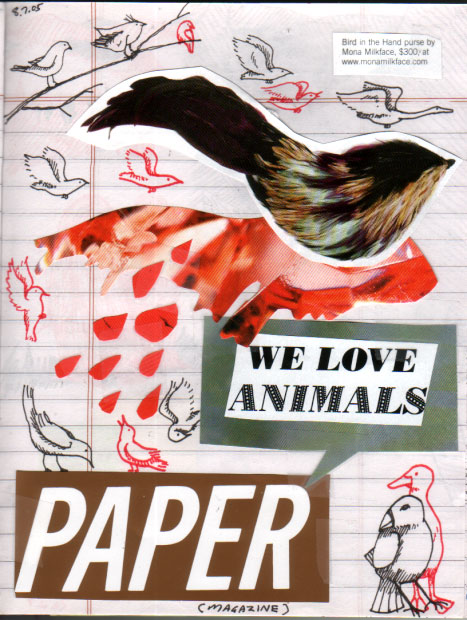 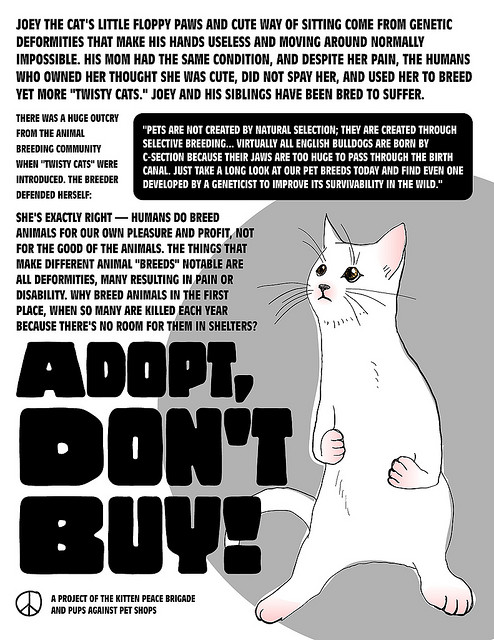