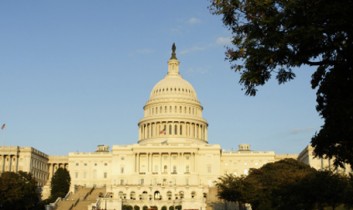 Citizen lobbying is up there as one of The Most Important Tools for anyone who cares about animals and wants to influence legislation to help advance their cause. Case in point: Last year, the nearly two hundred 2010 New York State Humane Lobby Day participants helped secure over sixty new sponsorships from legislators for bills to combat animal fighting, puppy mills, canned shooting of captive exotic wildlife, and cruel treatment of farm animals. Behind that successful effort was, of course, Patrick Kwan — a tried and true activist who has presented workshops on lobbying for animals throughout the United States. Today, he is sharing with us the ABCs of lobbying for animals.

To many people, Congress and our state legislatures seem like unwelcoming and intimidating places where decisions are made by a handful of high-powered lobbyists and legislators, and everyday citizens like us cannot make a difference. The truth is, legislators are elected public officials whose job is to represent the views and interests of their constituents, and animal advocates can make a difference and get our voices heard, if we speak up and speak up effectively.

If we don’t speak up, our legislators have no choice but listen to the moneyed interests like the puppy millers, furriers, and factory farmers and their corporate lobbyists.

Lobbying is as easy as the ABCs. To be an effective citizen lobbyist, simply remember to be:

Check out http://www.humanesociety.org/action/toolkit/ for more tips on how you can make a difference for animals and make sure our laws reflect a truly humane society! 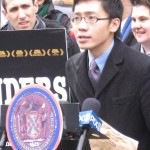 Patrick Kwan is New York state director for The Humane Society of the United States and spearheads the organization’s animal protection policy & campaigns in the Empire State. Backed by 11 million Americans, or one of every 28, including over 800,000 New Yorkers, The HSUS is the nation’s largest animal protection organization. With The HSUS, Patrick has exposed the illegal sale of endangered elephant ivory and the grisly underground trade of NYC pigeons for cruel shooting contests in Pennsylvania. Prior to joining The HSUS, he was a field organizer for Amnesty International USA and an advisory board member of the Center for Environmental Citizenship, now the League of Conservation Voters Education Fund. Patrick also managed media relations and communications efforts for corporate, nonprofit, and government organizations, including the Mayor’s Alliance’s for NYC’s Animals, The September 11th Fund, and NYC & Company.