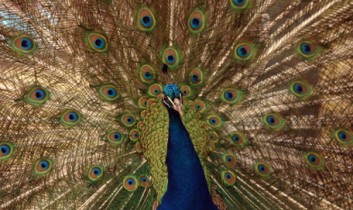 Vegan Outreach is one of my favorite organizations. They use good old-fashioned grassroots tactics to make very big change. Through their Adopt-A-College program, where animal advocates hand out vegan pamphlets to students nationwide, they have distributed over 7 million leaflets! Their brochure, Why Vegan?, is my favorite one in existence. Vegan Outreach co-founder, Matt Ball, agreed to share with us some tips on leafleting, including why it’s one of the easiest, most accessible ways to create change.

You can leaflet anywhere there is a crowd — concerts, festivals, walk-a-thons, etc. Younger people tend to be more interested in animal issues and vegetarianism than the rest of society, making college campuses good places to leaflet. Weekdays before 3 p.m. are the busiest times. At large universities, there is normally a steady flow of pedestrian traffic somewhere on campus at all times throughout the day. Smaller colleges and universities usually have a steady flow of traffic between classes.

Many activists are nervous about leafleting the first time. I was very nervous before the first few times. But as hundreds of leafleters will tell you, nervousness often fades once you’ve offered the brochure to a few people.

One person can make an enormous difference. Many people will pass the information on to others, causing a chain reaction. If just one person changes because of the hour or two you leaflet, you will double the impact of your personal vegetarianism!

Check out more of Matt’s suggestions on leafleting. 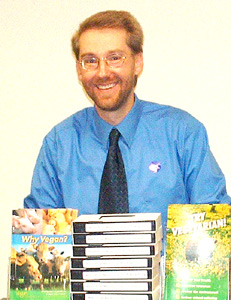 Matt Ball is co-founder, along with Jack Norris, of Vegan Outreach (VO). Since 1993, Matt, as Executive Director, has grown VO into the leading grassroots animal advocacy organization, with active members across the country and around the world distributing VO’s detailed, documented booklets, Why Vegan, Compassionate Choices, and Even If You Like Meat, along with the Guide to Cruelty-Free Eating. Vegan Outreach has distributed more than 13,000,000 of these powerful booklets. Through VO’s main program, Adopt a College, activists have directly reached over 7,300,000 young people at schools, concerts, festivals, and other venues. As Matt said when he was inducted into the Animal Rights Hall of Fame, Vegan Outreach’s mission is to make everyone and anyone, in any situation, the most effective advocate for animals possible. Over the past 17 years, VO has published many influential essays, including How Vegan and A Meaningful Life. Matt is co-author, with Bruce Friedrich, of The Animal Activist’s Handbook.