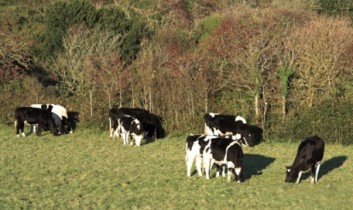 It’s a good thing Glenn Gaetz resides in British Columbia, because if he were any closer to New York City, I would have to adopt him. Thank dog for Skype, too, since I use it several times a day to beg Glenn to help me with whatever current technical crisis I’m having with my website/computer/email, or anything else for which my BFA in Acting is remarkably poor preparation. When he’s not responding to my tech-911 calls, Glenn Gaetz is busy being half of the genius behind Liberation BC, a Vancouver-based animal rights group that I cannot say enough good things about. He’s also a social networking guru. I was lucky enough (and intimidated as hell) to present a panel with Glenn at last year’s Let Live Animal Rights Conference all about optimizing social networking for the greater good of animals. Today, Glenn is going to set forth his knowledge of Twitter and Facebook to create for a cheat-sheet for anyone who wants to use the power of the Internet to make change for animals.

Online social networking sites like Facebook and Twitter have attracted millions of users (hundreds of millions in the case of Facebook). Just the sheer number of people using these sites makes them a great place for animal rights activism.

Here are the top 4 “rules” I try to abide by when using Twitter, Facebook, and other social networking sites. This is by no means a definitive list, and you probably have found your own way that works for you. I’d love to hear how you are using social networking sites for activism, so please leave your ideas in the comments.

Beyond these 4 quasi-rules, I’d say just be nice, and polite, and appropriate. You never know how long something you post will last online, and you never know who will read it. And remember that social networking is a SOCIAL space.

From a practical standpoint, I like to recommend that people try out a tool like Tweetdeck for managing their social networking. It’s got a really nice interface, and you can use it to manage your Facebook, Twitter, Foursquare, LinkedIn, and a few other accounts. You can also set up columns for saved searches, lists, groups, and lots more. There are even versions for iPhone and Android.
There are no absolutes in how these sites must be used. Do what works, do what you enjoy, and have fun. And be sure to get in touch and let the rest of us know what works for you. 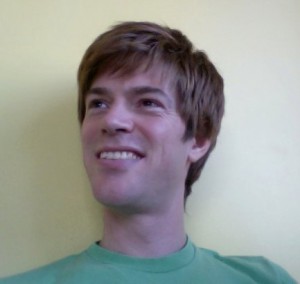 Vegan since 1997, Glenn Gaetz decided to become more active in the animal rights movement after he moved from the US to Canada in 2005. He grew up on a small homestead in Vermont with cows, pigs, and goats. More recently he spent a month as an intern at Farm Sanctuary in California, helping with animal care. Glenn received a BA in English & Philosophy from Boston University in 1997. He worked for several years in marketing at a publishing company in Boston. Now he works on fundraising campaigns for nonprofits as an Online & Creative Consultant with a Vancouver-based agency, doing graphic design, web development, and other creative work. He spends his days helping a variety of charities raise money to support their missions, and in his free time he works to promote a world where animals are treated with genuine respect. With his partner, Joanne Chang, Glenn runs the Vancouver-based animal advocacy group, Liberation BC.