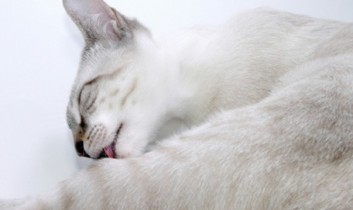 In addition to providing multimedia resources aplenty to anyone who wants to change the world for animals, Our Hen House is honored to be a consultant to several animal groups, including the Mayor’s Alliance for NYC’s Animals, a coalition of 150 animal rescue groups in the Big Apple working toward the common goal of “ending the killing of healthy and treatable cats and dogs at AC&C shelters.” Did you happen to catch Jane Hoffman, the Mayor’s Alliance’s director, on our podcast last year? Jane’s story — and the story of this unique organization — is an inspiring one, to say the least.

We at Our Hen House are lucky enough to be able to make videos for some Mayor’s Alliance events. One of my favorites has to be when CNN’s Jane Velez-Mitchell (host of Issues with Jane Velez-Mitchell) adopted little Kennedy, a tiny chihuahua with a gigantic heart.

Today, I’m excited to bring you our newest video in collaboration with the Mayor’s Alliance. This video covered the remarkable event entitled “Architects for Animals,” which brought together some of the City’s brightest and best architects who worked on making warm, cozy homes for some lucky members of New York’s feral cat population. Of course, above all else, the event — which was organized by the New York City Feral Cat Initiative (part of the Mayor’s Alliance coalition) — was an awareness-raising extravaganza, opening eyes and hearts to the city’s fabulous and feral felines.

I hope you see this video not only as a way to help people learn about the feral cat issue, but also as a way to demonstrate how cutting-edge and cool advocacy can be. This event was swank and stylish. Not to be too brutally honest, but what was the last cat-awareness event you can say that about? It just goes to show you that if you think outside the box (the litter box? sorry…), you can make even the most seemingly hard-to-sell situation a fabulous opportunity to change the world. Oh, and get that on video.

Special thanks to Evan Creem for making this video pop.