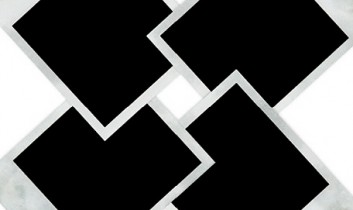 I totally thought I was a genius when I came up with the idea of creating a vegan stock photo site, but it turns out that — if I was a genius — I was not the only one. Blogger Katrina Fox even put out this call for creative solutions, which included a suggestion for the creation of a vegan stock photo site. And, before my friend and comrade Glenn Gaetz and I could buy veganstockphoto.com, someone upped and snatched it — which, of course, thrilled us to monumental proportions. 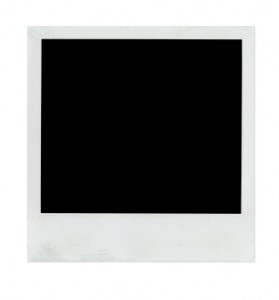 That someone turned out to be two someones — animal rights powerhouse couple, Chris and Crystal Tate (yup, the ones responsible for Food for Lovers Vegan Queso, and BTW, OMG, buy this shit immediately). Chris and Crystal decided, in true indefatigably positive fashion, to jump on the let’s-change-the-world bandwagon and create a 100% vegan stock photo website, where vegan bloggers and journalists can download, for free, photos of cruelty-free food, rescued animals, and a variety of other categories — all vegan. Chris, a vegan of 9 years and senior web developer, wanted to put veganstockphoto.com online as a tool for the vegan community, and none too soon. According to Chris, “With veganism becoming mainstream, we need a reliable source for vegan stock photos… This is a place where professionals of all trades can find reliable vegan stock images provided by photographers across the world.” That’s what I’m talking about!

There will be an agreement for both the photographer and the user, to ensure that everything — photo and content — is veeeee-gun. As in, no animals were harmed during the making of this photo. And, voila, here we have activism at its finest. Let’s latch on to this productivity — being proactive instead of simply reactive — shall we?

Though the site won’t be live and usable for a few days (they are gunning for Friday — Earth Day, which is also Chris’ birthday — or, as they call it, his bEARTHday), they are currently in beta testing and are seeking photographers to submit their best vegan shots. You don’t need to be a pro (though that’s always nice), and no, you won’t get paid (we’re in it for the animals, after all), but everyone will get credited. “Woot” to that. Oh, and when someone downloads your photo for use, they will have the opportunity to also make a donation to you. So be nice.

Here are some of the site’s nifty ground rules, as told by Chris and Crystal themselves:

In addition to photographers, the kind folks at Vegan Stock Photo are also seeking vegan advertisers for the site, and they will offer a special rate for non-profits. The money from the advertising will help run the website, which is no cheap task, given bandwidth fees. Email Chris and Crystal at chrisandcrystal[at]live.com to get in on that.

So here’s your homework, lovelies: Before Friday (preferably today!), upload your photos to the beta page for Vegan Stock Photo, which is currently and temporarily found at http://beta.veganstockphoto.com. All of the instructions are there. Yes, of course you can submit your photos after Friday too, but we want this site to launch with ample photographs ready to be downloaded by the zillions of bloggers and journalists who, I’m sure, will flock to Vegan Stock Photo. And yes, I am one of those people. And no, I cannot wait! I mean, this is just what the compassionate doctor ordered.

Once it’s officially launched, Vegan Stock Photo will be available here, at www.veganstockphoto.com. In the mean time, before launching the site, Chris and Crystal want to make sure that all potential bugs are ironed out, so if you see any, be sure to let them know (and give them a high five while you’re at it). They also intend to really amp up the design of the page, but were eager to get this beta version up ASAP so that y’all will submit photos. That will ensure that the website will provide us users with plenty of  photos from which to choose, from the get-go.

Lastly, it was just announced that VegNews plans to also “build and host a vegan photo bank to assure the availability of vegan stock images.” Rock on, then. When it comes to providing vegan resources and tools, and supporting fellow vegans and animal rights activists, there is room for everyone to get on board.