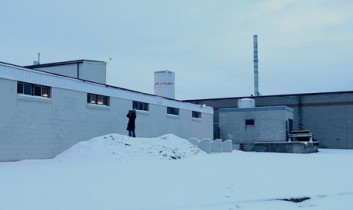 THE GHOSTS IN OUR MACHINE is on its way to becoming a feature-length cinematic documentary (and, according to the website, a “resourceful, unfolding, narrative web experience”) that will cover the horrors of animal exploitation. Filmmaker Liz Marshall is no stranger to using the moving image as a tool to create social change. Her previous film, Water on the Table, documented the quest to have water declared a human right. Now, she is focusing her creative advocacy on the rights — or lack thereof — of non-human animals. Among the subjects of the film, which is currently in production, is photographer and activist Jo-Anne McArthur, whose breathtaking work was recently featured in a moving, awe-inspiring interview here in Our Hen House. I can only imagine the magic, joy, tears, and awareness that will emanate from these two ambassador women joining forces in THE GHOSTS IN OUR MACHINE.

When I asked Liz what prompted her to use film to tell these animals’ stories, her response was, not surprisingly, passionate and driven. “Over the years, I have made a number of human-centric films focused on significant global issues. It is quite a different approach to give voice to the non-human world. My last film is about the right to water, and now I turn my gaze and commitment to the plight of animals used for human profit: the billions of ghosts used in the machine of our modern world. Most people don’t know about them, and if given a choice would turn away.” 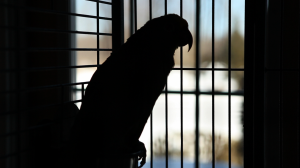 The people who turn away are the very ones Liz intends to reach with her film. I’m sure we can all relate to the frustration of having friends and family members refuse to give the time of day to hearing the truth about the plight of animals. I have a friend who recently told me that in lieu of getting a birthday present, she asked her mother to watch a video about factory farming, to which her meat-eating mom replied, “Why do you want to put me through this?” Lucky for us, The Ghosts in Our Machine will be a way in to the non-choir, the very ones who we need to reach the most. Liz said, “I want to reach those people, inspire them to lean forward. My life partner, Lorena Elke, a long time vegan, animal rescuer and activist, provided the impetus years ago to focus on the plight of animals. And Jo-Anne McArthur’s powerful series of documentary photographs are a cinematic reference. THE GHOSTS IN OUR MACHINE has been incubating for several years, but it wasn’t until last fall that I decided it was time to pour myself into the process. I live my films, and so I am currently saturated in my animal rights literature. I am watching films and really observing and absorbing as much content as I can. It is quite overwhelming.” 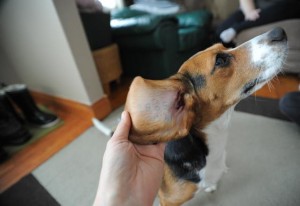 Utilizing the beauty of multimedia and various online platforms, THE GHOSTS IN OUR MACHINE is so much more than just a film. “THE GHOSTS IN OUR MACHINE intimately focuses on individual animals; [it] is an animal-centric experience. I want the animals to fill the screen,” Liz said, “take up space. The project is a cross-media endeavor, which means it exists across various platforms. The narrative will unfold over time in stages. It’s a film, a documentary website, a Vimeo channel, an active community-building Facebook page, etc. etc. Its sole purpose is to be part of the movement to expand consciousness to help end the suffering of so many animals.”

As for the film itself, I spoke with Liz about where she is in the process of making THE GHOSTS IN OUR MACHINE, and what her goals are for the final product. “We are in the beginning stages of development,” she said. “April has been our initial online launch. The trailer is out there and circulating; we are growing our Facebook community; Twitter is tweeting; and our flash based prototype website is a tease of what the greater vision for the project can be.” Most importantly, Liz is actively working to engage a following so that once the film is launched, there will be an audience in place, both for personal viewing and for spreading the word about this vital project. “We are building an audience, which is really a community. I keep a feedback folder and so far it has been incredibly refreshing.” 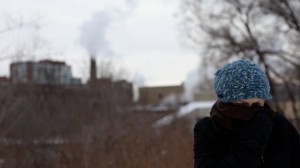 This is a film still from the trailer shoot of photographer Jo-Anne McArthur. A slaughter and rendering factory sets the stage in the background.

Are you as exuberant about this project as I am? Well, keep your eyes peeled for opportunities to support the efforts of THE GHOSTS IN OUR MACHINE. You can spread the word very easily by alerting your animal-loving and activist friends to this project. Liz continued, “In mid-May, we will launch an official online crowd financing campaign to raise the funds required to get the project to the next level. Our goals are long-term, meaning its life doesn’t come to an end in 2 years like many traditional documentaries. Instead, the narrative continues to expand and grow. Ideally, the film will be released within 2 years and then we will take it on the road, get it into schools, and make sure it is seen. All the while, the website stories will continue to grow, and the resource will expand.”