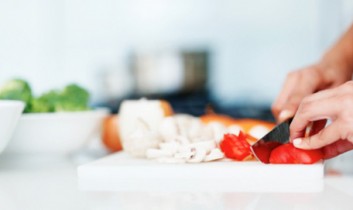 Throughout our travels the past few months, speaking at VegFests throughout the country, one of the highlights has been meeting the wonderful people at Upton’s Naturals, a Chicago-based natural foods producer specializing in some of the best seitan we’ve ever had (and we’ve had a lot). The seitan is tasty, the staff is warm, and the company is dedicated to animal rights. The only downside is that — grrr — it’s not yet available in New York City! Word has it they are working on that, however. (Can you speed that up a notch, Upton’s?) 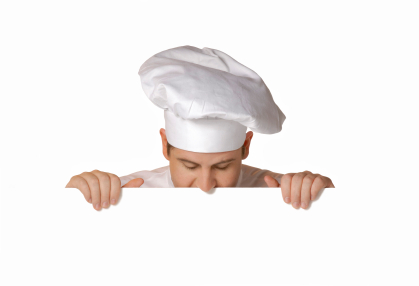 When Mercy for Animals‘ Chicago Campaign Coordinator, Kenny Torrella, told me about the Chicago Vegan Chef Showdown, I thought, well shit, where are my frequent flier miles when I need them? The Vegan Chef Showdown, which is being presented by MFA in collaboration with Upton’s, will consist of a dozen chefs — both individuals and teams — competing for the Best Vegan Chef title. According to their Facebook page:

Each chef, or team, will create a dish utilizing Upton’s Naturals seitan for the public to sample. The event is for all ages, open to the public, and will have no admission fee; but there is a $1 suggested donation for each sample. The winner will be determined by the people’s choice – whichever chef or team sells the most samples, wins! The top three chefs will win products from Chicago’s favorite vegan-friendly restaurants and businesses. So far we have gift certificates from The Chicago Diner, Drew’s Eatery, El Nuevo Mexicano, and more!

What better way to bring vegan food to the masses than to make it a big brouhaha? And nothing makes food activism more sexy than throwing in some healthy competition (literally). This has been proven time and time again by the wild successes of NYC’s Veggie Conquest and, more recently, Portland, Oregon’s Vegan Iron Chef. The Chicago Vegan Chef Showdown, which is scheduled for this Saturday from 3:00-7:00 at The Funky Buddha Lounge, will clearly be wildly popular (there are already 162 people planning to attend, according to Facebook). And if I know MFA, there will likely be some press there, to boot.