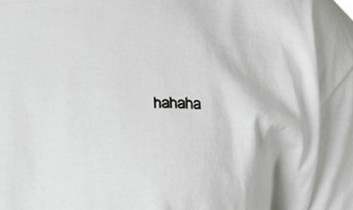 Myq Kaplan is insanely hilarious. And he’s vegan. And no, that is not a typo. Not only was he a finalist for NBC’s “Last Comic Standing,” but Myq’s CD — Vegan Mind Meld — was one of iTunes’ top 10 bestselling comedy CDs of 2010, and received massive critical acclaim. If you listen closely to Myq’s jokes — when you’re not choking on your tofu from laughing — you’ll find that Myq is a passionate vegan and do-gooder whose humor is surprisingly, and apparently effortlessly, thought-provoking. And he’s provoking thoughts in some crazy mainstream venues like, say, The Conan O’Brien Show. We had the pleasure of interviewing him recently for our podcast, and we only had to pay him in hummus and hugs (at the same time — weird).

So, without further ado, we bring your our latest installment of the Our Hen House Art of the Animal Series, featuring Myq Kaplan. Art of the Animal explores the work of artists of all kinds who speak up for animals through their artform, and we’re thrilled to feature Myq, the first official funny person for our series. (Special thanks to Culture & Animals Foundation for making this possible.)