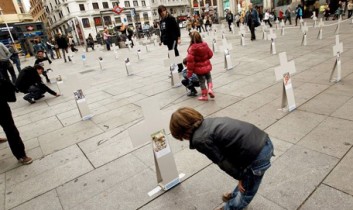 We are newly smitten with the Spain-based International group, Animal Equality, for their World Vegan Day display held last week at the Centre of Madrid. According to their Facebook page, to recognize World Vegan Day, the Centre of Madrid was turned into a cemetery by way of the installation of one hundred crosses in Plaza del Sol “in remembrance of non-human victims of a non-vegan lifestyle.” Each cross included a photo of a non-human victim of exploitation, including those “killed in a farm, laboratory, slaughterhouse, circus, zoo, race or hunt.” Take a minute to look at the breathtaking photos of the installation, which showed without a doubt that, when the “absent referents” are given a presence — when passersby have no choice but to recognize the faces, the lives that they willingly take by supporting animal exploitation — they can no longer ignore the hidden universe of misery that is all around us. And perhaps they will be inspired to change. 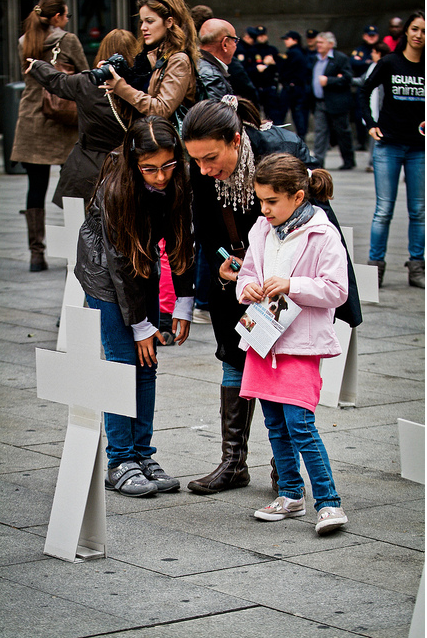 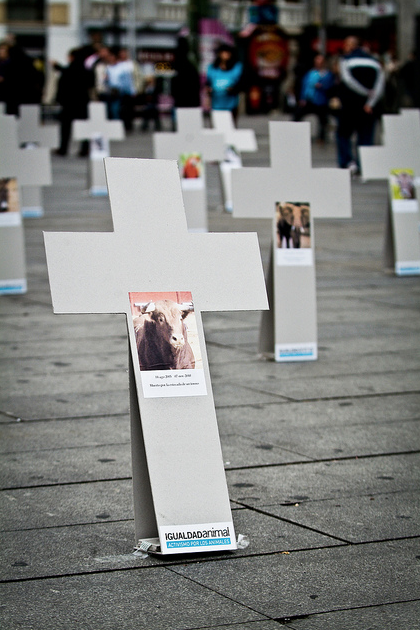