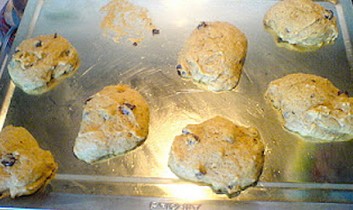 I grew up in the suburbs, but, at 17, promptly moved to a major city — the one that professes “brotherly love.” I quickly learned that, while adorable, Philadelphia was not “major enough” for my starstruck eyes, and 2 years later, I relaxed into The Big Apple, where I have been ever since — 13 glorious years. My family still resides in suburban New Jersey, where I visit them roughly once a month. I cannot lie: Despite my strictly thrift store-bought or hand-me-down wardrobe policy, there is nonetheless something about Kohl’s department store that makes my heart smile a little. (Can someone say, “cheap bras?”) When I venture back to to Jersey, even for an afternoon, even strip malls can occasionally (very occasionally…) have their charms. Still, I’m a city kid, and there is nowhere else on earth I feel more comfortable than the gritty streets of New York. 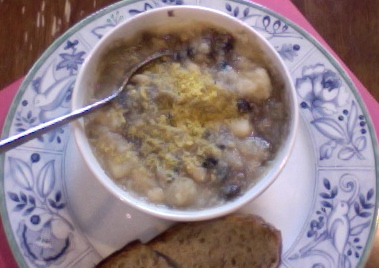 But here is one thing I love about the suburbs: The Suburban Vegan Meal Group, which, I’m proud to say, is indeed located in The Garden State. It was started in Montclair by two Jens who wanted to “alleviate the pressure of cooking for our households one or two nights per week, as well as build community. We’ve also enjoyed using the meal group experience to cook outside of our usual comfort zones.” Their rules are simple: “Make some food. Deliver it if you can, or maybe someone in the group will pick it up, or maybe a third member will deliver to all three.”

The group’s blog is choc-full (and chocolate-full) of inspiring ideas for anyone who wants to replicate such a club in their own community. In the post, “Lasagna, Oh You,” Jen C. begins with “Jen delivered a fine, veggieriffic lasagne to my porch just when I needed it most. I cannot begin to describe what a relief it was to pop that sucker into the oven and not have to worry a whit about preparing dinner that night because I was really running with other projects, as was the other person capable of meal preparation in our home.”

Fantastic idea, don’t you think? For those of you intrigued, here’s an obvious bonus: If not everyone in the group is vegan, this becomes not only a convenient arrangement for busy people who like home-cooked meals (eating them and creating them), but it also makes it an endeavor in changemaking. If the best way to win someone’s heart is through their stomach, then the best way to advocate veganism is to create, supply, and demand delicious, cruelty-free food — and to share it.