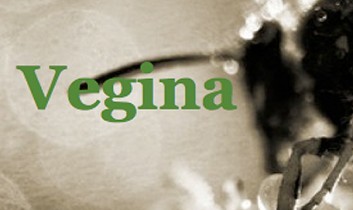 I was recently walking through the sushi section of my neighborhood grocery store, and was pleased to see they had the “vagetarian” variety. Clearly a typo on the package, I was nonetheless amused, almost to an embarrassing level. My ability to easily slip into 7th-grade humor sometimes baffles me. (But come on, give me a break. I’m a vegan lesbian, and I was confronted with “vagetarian” sushi! It’s like a dream come true…) 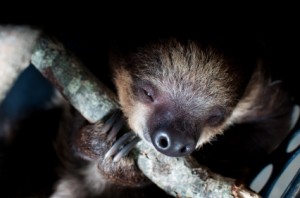 A much better — and entirely intentional — play on words, is the vegan feminist blog, Vegina, written by activist Carol Glasser. On her blog, she explains: “For readers not familiar with one or both of these ideologies or for those interested in understanding my “brand” of veganism or feminism, there are links for both of these topics on their respective tabs: (‘for the vag’ and ‘for the veg’).”

In addition to having the Best Named Blog Ever, Carol has thought-provoking content that, IMHO, not enough social justice activists are exploring, ideas examining (among other things) the interconnections between women’s rights and animal rights.

I was particularly pleased — and extremely moved — by Carol’s recent foray into exploring “activism in haikus.” As a fundraising project for the Open the Cages Tour — which is “a collaborative effort between artists, filmmakers, activists and musicians all united under the banner of Animal Liberation” — Carol was asked to share a story about activism. She explains:

I decided that a story about activism should be a collective story, as activism is collective in nature, so I treated it like organizing a protest. I came up with the parameters for the project and I asked people to join. I decided on a haiku, as it forces big ideas into concise spaces.

And thus, “activism in haikus” was born, a collection of poems written by animal activists (including me), and divided up into sections including “the challenge” and “the solution.” Though I’m not generally a fan of any kind of poetry (just say it already!), I will readily confess to getting chills more than once while reading this powerful collection of words. When divided into five syllables/seven syllables/five again, the thoughts on animal activism were — much like the activists who wrote the words — diverse and dynamic. Some of it made me laugh (“why yes, I do like animals better than you”), and some of it made me (almost) email my therapist (“twenty-six thousand, the number of chickens killed writing this haiku”).

As Carol anticipated, much like effective activism, the true power of this piece came when it was all linked together — a variety of voices, tactics, thoughts, attitudes, and messaging — all with the same bottom line of working toward animal liberation. It’s also refreshing to see a new artistic outlet that results in getting people to further think about the immense passion so many of us bring to ending animal suffering (in this case, it had the added benefit raising funds for the Open the Cages tour, which, among other things, will financially support the upcoming documentary Maximum Tolerated Dose).

Now more than ever, I really love Vegina.