GIVEAWAY! 5 Tickets for “The Seed: A Vegan Experience.” Just give us your best “GO VEGAN” line! 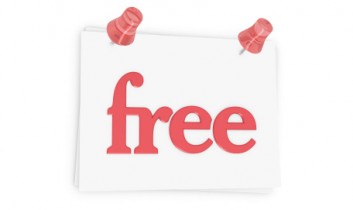 The buzz here in NYC is all about The Seed: A Vegan Experience, coming to downtown’s swanky 82MERCER on June 16 and 17. Mariann and I are thrilled to be among the speakers at the much-anticipated downtown event, alongside such fabulous folks as Colleen Patrick-Goudreau, Kathy Freston (I’ll be interviewing her at the event, just as I did at the Worcester VegFest — there’s a video to prove it!), Dr. Joel Fuhrman, and James McWilliams. (In the interest of shameless OHH-promotion, all of the above have also been on our podcast — so don’t miss our interviews of Colleen, Kathy, Joel, and James.) In addition to these speakers, and lots more, the event will feature workshops from “Raising Vegan Kids” to “Planting the Seed of Veganism Through Blogging,” cooking demos (including one with one of our favorite chefs, Juan Pablo Chavez), screenings of Forks Over Knives, Vegucated, and the public premiere of Lunch Hour, a “Vegan Craftacular” hosted by Bust Magazine, and — perhaps most exciting — tasty food samplings from the city’s best vegan eateries, including Brooklyn’s hipster hangout, Foodswings (which was featured in our “NYC Vegan Weekend on a Budget” video), and the upscale raw restaurant, Pure Food and Wine (Dr. Cow cheese, anyone?). If you’re anywhere near Soho on June 16 and 17, do not miss The Seed: A Vegan Experience.

But even if you’re not a New Yorker, pay attention. First of all, rumor has it that The Seed might one day wind up on the road (fingers crossed!). But even if it doesn’t, creating this kind of a vegan extravaganza, which appeals to all walks — including the vegan curious, vegan skeptical, and vegan choir — is a must if we want to mainstream the movement to end the exploitation of animals. Because Mariann and I are, in addition to speaking at the event, consulting on the project, I happen to know that The Seed was partially created by a newfound passion for the cause, from a couple of newly-enlightened businesspeople with a yen for offering delicious cruelty-free options to the masses. (Oh, and btw, all profits benefit Mercy for Animals and New York Coalition for Healthy School Food.) With unlikely folks like Bill Gates now speaking up for vegan eating, it is clear that our tiny, passionate minority is growing by leaps and bounds. I believe that the festivities you’ll find at The Seed will demonstrate that in spades. 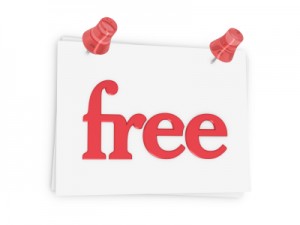 In fact, we want you there so badly that we’re going to give away 5 one-day admission tickets. In thinking about how to most effectively give these away, while also not forgetting about our non-New York audience, we’ve decided to collect some answers to a question that we all need an answer to: How do you get someone to take that leaflet? What sentence or phrase do you use when leafleting for animal rights and veganism? There is no one right answer to this question! Different things work for different people, and we want to hear them all. Everything from “Care about animals?” to “Vegans have better sex!” You can enter as many times as you’d like (do so in separate comments). Even if you’re not in New York and you can at this point only dream about seeing what grows at The Seed, enter anyway! It’s your chance to give someone a great idea for how to move a leaflet along and if, by chance, you win, you can either forfeit the ticket to somebody else, or you can feel free to give it away to that old roommate you had way back when who moved to The Big Apple with stars in her eyes. Something tells me that she, like everyone else, could use some veganspiration. 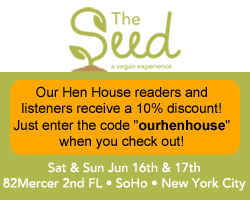 We will randomly select 5 winners one week from today — at midnight EST on Wednesday, June 6, so be sure to comment before then. And if you don’t win, you can still get tickets for 10% off of the standard rate, by following this link or by visiting theseedexperience.com and entering the code “ourhenhouse” upon checkout.