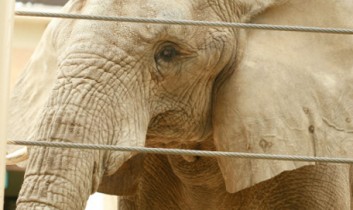 One of the most troubling aspects of animal law, as outlined by Piper Hoffman in her recent Our Hen House guest blog, is that it’s so hard to get into court. People generally can’t bring a lawsuit unless they, personally, have been harmed by someone’s illegal action, and animals generally can’t bring lawsuits at all. This is the fundamental struggle that animal lawyers confront all the time.

So it’s a happy day when a lawsuit brought by individuals is decided on the merits and the court actually manages to find its way to decide the only important question at hand — i.e., whether animals are suffering. Because when that is the question, the answer is often pretty simple.

That’s just what happened this past week when a Los Angeles court decided a case  filed years ago (the law is a slow, slow business) by real estate agent Aaron Leider  and Robert Culp, an actor I liked from way back when he starred with a young Bill Cosby in the ground-breaking “I Spy” (groundbreaking because it starred an African American – crazy, huh?), and who, sadly, did not live to see the results of his legal activism. Why did these two file this lawsuit? Apparently because they cared about elephants. How did they manage to get into court? They argued that their rights as California taxpayers were being violated because the zoo, a City entity, was spending money on its elephant exhibit that was, in various ways, so inadequate as to be in violation of the law. Suing because your rights as a taxpayer have been violated is one of the ways that people have managed to argue that they are being injured, along with the animals. It’s limited, but sometimes it works. As it did here. 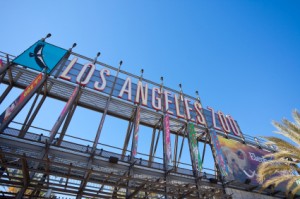 In this suit, entitled Leider v Lewis, Culp and Leider argued that the elephants (at the time they brought the suit, it was actually just one elephant, Billy) were being treated in a way that was abusive and cruel, and that the elephant exhibit had to be closed. In fact, the elephant exhibit has been improved since the lawsuit was brought, although many problems still exist. So, although they didn’t win on their argument that the $42 million exhibit had to be closed, California Superior Court Judge John L. Segal nevertheless found that the zoo had to impose numerous changes in order to better care for the three elephants now at issue, Billy, Tina and Jewel, including 2 hours of exercise a day, improved care of the dirt on which they stand so that it doesn’t become so hard and therefore harmful to their joints, and a ban on the use of bull hooks and electric prods (neither of which, the zoo claims, have actually been in use in recent years).

Particularly notable are some of the comments made by the judge, who was clearly shocked, and saddened, to find out the way these animals live their lives. A sign that the judge intended to take the issue seriously came with the way he framed the question before him: “This case raises the question of whether the recreational or perhaps educational needs of one intelligent mammal species outweigh the physical and emotional, if not survival, needs of another.” He went on, in a 55-page opinion, to conclude that the elephants’ existence is “empty, purposeless, boring and occasionally painful,” and that zoo officials were “delusional” and maintained an “anthropomorphic fantasy” about the animals’ happiness. Pretty powerful language.

The zoo’s director responded to the L.A. Times that the judge’s decision was based on limited, narrow evidence that did not accurately reflect conditions at the zoo. That’s the kind of response that frequently meets criticism of animal abuse — it didn’t really happen. But it’s a whole lot harder to sound convincing when the matter has gone before a judge, and both sides have had a chance to present their evidence. That’s why it’s so important to get cases into court, instead of just into the press, which too often just presents one side, then presents the other side, and isn’t ever forced to get to the truth. And that’s why animal abusers will use every trick in the legal book to prevent these cases from being decided on the merits.

Of course, as always, the importance of the case is not only for its impact on the lives of these three animals, though that’s important enough, but because of the precedent it creates that can be applied in other situations. One of the most important ones, at least in the short term, is the judge’s outright ban on the use of the bull hook and electric prod. Circuses could not exist without the use of bull hooks to force elephants to do what they don’t want to do and what is utterly unnatural for them. If bull hooks constitute animal abuse at the L.A. Zoo, there is no apparent reason they would not constitute animal abuse anywhere. Ringling, take note.