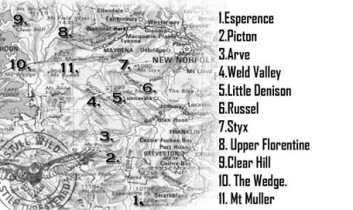 Two recent news stories have reminded me of the power inherent with sit-ins, and similar protests where a person puts their body on the line to bring attention and provoke change. It’s a type of old-school activism that still carries the power to create headlines and reform.

In Taiwan, activist Huang Tai-shan recently made the media for staging a daily kneeling protest in front of the legislature in Taipei, a tactic he is using to get the attention of legislators whom he is calling on to propose an improved version of the Animal Protection Act — an incredibly flawed law that, according to Huang, poses a serious threat to stray animals. Huang told the Taipei Times:

The government’s poor management on the issue has resulted in a proliferation of unconscionable breeders and breeding farms across the country, while the Council of Agriculture, which is the competent authority for the matter, has failed to propose any amendments to make up for the defects in the law.

Meanwhile, in Tasmania, activist Miranda Gibson has been busy with a protest of her own, this one in a tree — where she has been for months — as part of Still Wild Still Threatened‘s direct action campaign protesting logging, which is ruining biodiversity of flora and fauna — including the Tasmanian Devil, a species being ravaged by a facial tumor disease. This is, of course, reminiscent of activist and vegan Julia Butterfly Hill‘s famous tree-sit, where she lived in a 1500-year-old California Redwood for 738 days to prevent loggers from chopping it down. (She won.)

These types of protests are a stark reminder to me of all that can be accomplished when we use our physical bodies as barriers between right and wrong, and the weight that comes with our adamant refusal to let those with supposed “power” dismantle our ethical beliefs, along with our planet and all of its inhabitants. 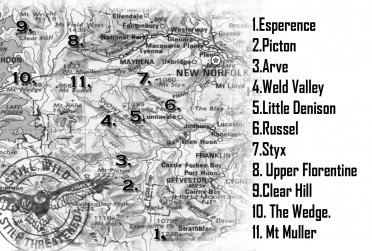 From “Still Wild Still Threatened.” According to them, “This map shows all of the Southern Forests in Tasmania which are under threat or being clearfelled NOW.”