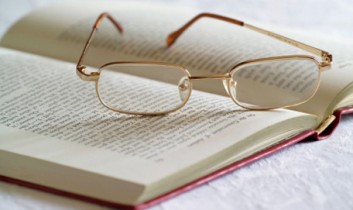 I don’t like zoos. On the rare occasions that I have visited them, I have seen only animals imprisoned against their will, sometimes bored and frustrated to the point of madness. Zoos tend to provide less space, stimulation, and company than the animals would have in the wild. Some zoo animals are stolen violently from their habitats and families so humans can gawk at them. Some species have much shorter life spans, more disease, and higher infant mortality rates in zoos than they do in the wild, as I discussed on a television show debating a lawsuit against the Los Angeles zoo for abusing and neglecting its elephants. 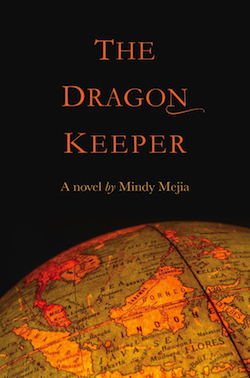 But even many people who are staunchly anti-zoo believe that there are some zookeepers who do indeed care about the animals, have their best interests at heart, and do their best to keep the animals comfortable and healthy. Meg Yancy, the protagonist of Mindy Mejia’s debut novel The Dragon Keeper (Ashland Creek Press, 2012), may even care too much about her charge, the zoo’s captive Komodo dragon. Yancy is a keeper of reptiles at the fictional Bloomington’s Zoo of America, including the zoo’s Komodo dragon, native to the Indian Ocean island of Komodo. Though Yancy has romantic entanglements that occasionally claim her attention, her priority remains the Komodo dragon, Jata, and, once they arrive, her three hatchlings.

Controversy and excitement swirl around Jata and her babies because the dragon mom has no mate. Attempts to explain the hatchlings’ conception include allusions to the Virgin Mary and scientific diagrams illustrating parthenogenesis. The attention and debate lead to pressure on Yancy, and make her fear for the reptiles she considers her responsibility – and, sadly, sometimes even her property.

Yancy would disagree with the idea that zoos are always bad places for animals. She believes those zoos “that acted as conservationist sanctuaries for threatened species … put the animals first[:] they tried to understand and mitigate the stress of captivity, they created partnerships with organizations that protected indigenous animal populations, and they participated in breeding and reintroduction programs with local Department of Natural Resources offices.” Another character posits that zoos can make children care about unpopular animals, like reptiles. But this point of view is hardly borne out by the narrative, which goes on to relate that “sometimes the zoo had as many as five thousand visitors a day, and Meg still felt as if she were the only person who ever saw her animals.” If the children aren’t paying attention, their feelings and opinions about non-human animals will not change.

Yancy makes one arguable point in favor of keeping certain animals in some kind of captivity: “There’s no place left for some of these animals. It’s better for them to be here than in a circus or starving in the wild or being killed by poachers.” But those are rarely the only options – effective anti-poaching measures, habitat preservation, and even good wildlife sanctuaries are all preferable to zoos.

Yancy is far too forgiving of zoos. She considers Jata’s relatively small enclosure to be “exactly the kind of environment that a Komodo dragon should live in, if it had to live in a zoo.” Jata is more than six feet long and 180 pounds, and her zoo habitat is five hundred square feet, “bigger than Meg’s first college apartment.” If I were that size and couldn’t leave my first college apartment, I would go stir-crazy in a hurry – and, in fact, some of the animals do. A cheetah who lives in a “fifty-yard box” must take antidepressants after one year at the zoo.

No matter how big the cage, animals pay a price when they are prisoners to humans, and, ultimately, The Dragon Keeper makes that point loud and clear. One female lion in The Dragon Keeper punctures her paw pad on a shard of glass from a bottle thrown by a zoo visitor, and must spend at least a week in isolation to ensure that she does not have an infection. Birds housed in a specially designed building with beautiful views kill themselves by flying into the windows over and over, trying to escape into the river valley they can see so clearly below. If the children really aren’t paying attention when they visit the zoo, as Yancy suggests, one must wonder what purpose is served by taking animals from potential hazards in the wild, and forcing upon them conditions they cannot survive emotionally – or even physically – intact. There is little argument that Jata’s hatchlings would do best growing up in the wild rather than a crowded, artificial enclosure.

Yancy reacts poorly when the zoo veterinarian and executives make decisions that affect the dragons without her input, exhibiting an immaturity and self-centeredness that make her a believable character, if not always likable. Yancy’s flaws distinguish this novel from many run-of-the-mill books that invite ceaseless empathy for the protagonist – Mejia’s is a more layered, complicated, and challenging story.

One window into Yancy’s weaknesses is her relationships with other humans. She seems almost contemptuous of the man she lives with off and on, and is comically hostile to the zoo’s veterinarian, apparently because she considers him to be too ambitious, and a womanizer. Yancy is estranged from her father and still resents her late mother, whose primary crime was taking Yancy as a child to dog shows in which her pets competed.

Still, Yancy is sympathetic in many ways. She is loyal, brave, principled, and so quick-witted that her barbs sometimes get her in trouble. She stands up for the dragon hatchlings in front of a crowd of colleagues and executives with the power to fire her, and insults those people freely when they don’t live up to her standards for animal care. Though I oppose caging wild animals in zoos, it is hard not to admire Yancy’s drive to do her best for the dragons, given their sad circumstances.

Yancy’s tale makes for compelling reading, and her quest to save the dragons she cares for is evocative and moving. While painting a portrait of an imperfect but idealistic and dedicated woman, The Dragon Keeper also raises some difficult questions about the preservation of endangered species and our responsibilities for non-human animals. It falls short of condemning zoos generally, but does illuminate some of the hazards to animals in zoos through the story of four reptiles helpless to escape human custody.