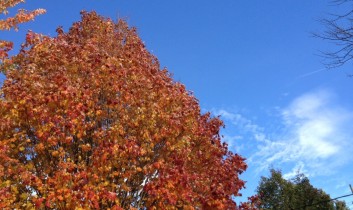 Happy birthday to me…

I woke up early this morning thinking of the feral cats living beneath the boardwalk in Rockaway Park, my favorite beach in New York City. I’ve passed these little kitties so many times during my summer beach gallivants. I’d see three or four of them hovering by the steps that lead to the sand, and I’d squat to get a better look — but they’d quickly scatter out of sight. I would stand there anyway, in the glaring sun, my hand held hat-like over my eyes, peering desperately under the boardwalk, searching for them. These moments would fill me with heartbreak, as I’d stand there alone, staring into the blackness beneath the boardwalk, seeking an immediate solution to their homelessness, their overpopulation, their demise — and deeply thankful for the growing army of feral cat caretakers, in NYC and elsewhere, who take care of their neighborhood kitties.

Now, in the wake of Hurricane Sandy, I am thinking of the cats again — hauntingly, relentlessly — yet from 3,000 miles away.

As many of you know, four months ago today, Mariann and I got in the “Grandmamobile” (our loving nickname for my grandmother’s 2005 Buick which she so graciously loaned us), and headed out to the West coast — to Portland, Oregon — where Mariann is a visiting professor of Animal Law at Lewis & Clark Law School’s Center for Animal Law Studies. If you’re going to spend six months somewhere, it might as well be in the City of Roses. That seems appropriate, too, since our darling pit bull, Rose, has been with us, a constant companion and inspiration, throughout our trip.

Our apartment back home, where we will return in less than two months now, is situated in lower Manhattan — just blocks from the mandatory evacuation zone — and a direct subway ride to Rockaway Beach, where the feral cats I have been thinking of call “home.” Obviously there are countless other homeless animals in New York City — both the human and the non-human varieties — and they have been on my mind too, like a sad song that plays over and over again inside me.

Happy birthday to me…

Embarrassingly, I am one of those people who takes her birthday a little seriously. A few days ago, I would have told you that my 33rd birthday was worthy of school closures. “It should be a national holiday,” I recently told Mariann — who just doesn’t get it, and, sweetly, has clearly had to feign her excitement more than once. I was, of course, being facetious. I do realize that having a birthday does not make me special, and that everybody has, in fact, been born. I am also acutely aware that many/most/all of the problems plaguing this planet are due to that very fact!

But still, ever since I was a kid, I have had a silly fascination with October 30. Even as an adult, I look forward to this day for months. I use it as an excuse to think, in way too much depth, about markers in my life — where I was one year ago, 10 years ago… Where I’ll be in another 10 years, where animal rights will be, what Our Hen House will evolve to become, what great thinkers will have emerged, what kind of awareness about social injustice will have been raised, what global shifts in consciousness will be under way. And, of course, I think about cake.

I expected that my 33rd birthday would be full of the same sentimentality, the same foolish giddiness, and the same sugar rush. I did not, however, expect to wake up in the middle of the night with tears welling up in my eyes, thinking of all of the many animals — the cats, the wildlife, the humans — who will be harmed by Hurricane Sandy. And though my friends and family are telling me that I should be happy I’m not home, I wish I were. It seems off-center to be here right now, when our life is in lower Manhattan… When the cats are under the boardwalk in Rockaway Beach.

As noted, all of us animals have been born — humans, animals, bugs — and you could say that that fact alone bonds us. But on this particular birthday, I’m thinking that a better way to describe what bonds us is our vulnerability. We are all so fragile, and sometimes it takes a disaster to remind me of this cold, hard — and humbling — fact.

I recall in 2008, when much of the Midwest was under water due to horrific flooding, that thousands of farmed animals were left, trapped, to drown on factory farms (thankfully, Farm Sanctuary rescued hundreds of the “lucky ones”). And after Hurricane Irene, farmed animals in North Carolina were also just left to drown, there not being enough profit in rescuing them. And in what was perhaps the most well-known atrocity in the “animals-left-behind” scenarios, we all remember the countless companion animals left to fend for themselves after the unparalleled devastation of the Gulf Coast’s Hurricane Katrina.

When you turn the tables, and just for a moment look at it from the animals’ perspective — the forgotten ones who are left to tragically die — the terror, and the betrayal, seems unimaginable. It is only when we as humans impose an unjust, inexplicable social structure — a sickening, sordid hierarchy that is at the root of all injustice — that such arbitrary lines are drawn, and these animals can somehow be considered “forgettable.” I will tell you this much: those feral cats are not forgettable, not for a moment.

Needless to say, there is a solid, unflinching movement of tireless advocates who are also not forgetting those who are less lucky, and who are doing everything they can to save them. One example is Patrick Kwan — the New York State Director for the Humane Society of the United States — who has been busy working overnight shifts at the NYC Hurricane Sandy Operations Center, troubleshooting and advocating for “pets” and their human companions. There are also pet-friendly evacuation centers, and HSUS’ Animal Rescue Team is in full force. While much remains to be done, it is only because of the ongoing work of animal advocates that these improvements have been made in making a place for companion animals during disasters.

Right now, I am more acutely aware than usual that non-human animals rely on us to keep them safe, particularly in times like this, when the world is almost literally upside-down. We are all so vulnerable. Let’s remember one another’s fragility — humans and animals alike — and proceed with caution, even if we ourselves are nowhere near the eye of the storm. Even if we ourselves have never heard of Rockaway Beach.

That is already my birthday takeaway this year. Since I cannot escape the dorky sentimentality that makes October 30 so special to me — a quality which, I don’t care what you say, I will embrace! — I will focus this year on the thoughts of the animals who are hiding, shaking, wide-eyed, confused. I will look at it from their point of view whenever possible. Their world is an entire reality to them. They are, like us, vulnerable. Let’s not forget them — not just now, during this earth-shattering storm, but every other day of the year, too. For so many billions of animals, each day is an earth-shattering storm.

As I type this, it is uncharacteristically sunny in Portland — a city known for its unrelenting rain. The gigantic autumnal tree just outside my window is literally shimmering with gold and maroon — it nearly takes my breath away with its strength and vitality. Our sweet dog, Rose, is cuddled up in a ball on the couch just in front of that window, twitching slightly as she dreams, lost somewhere in the safety of her unconscious.

I am so lucky to be here — fed, nourished, warm. Even as I take a moment to grasp the magnificence of this massive tree, I will renew my own sense of urgency within my activism. I take in the beauty around me, but I feel for the destruction that’s not here for me to touch. We have to fight the horrors that exist, even when we’re shielded from them somehow. The pigs in the factory farm and the cats beneath the boardwalk may be out of sight, but we must never let them be out of mind. But let’s remember too, on this stormy, stormy day, that good things can be out of sight for a while too, but it doesn’t mean they are gone. The sun will shine again, the trees will shimmer again, and goodness can always emerge out of darkness.

Happy birthday to me. 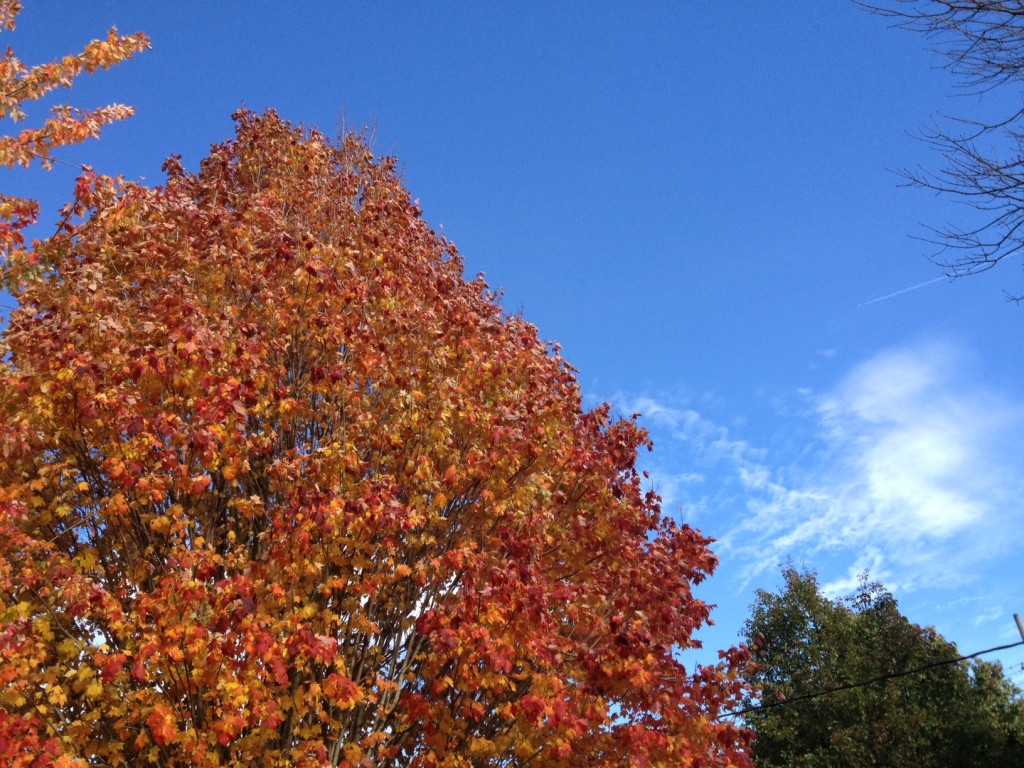