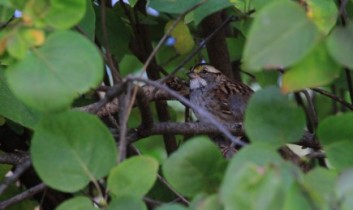 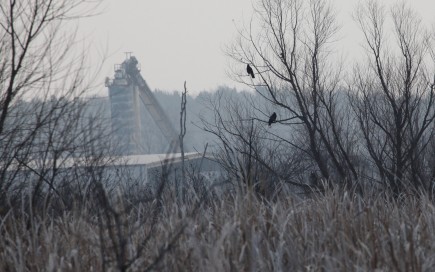 New Orleans seems like the perfect backdrop to hone in on one’s vision. As we drive from Portland back to New York City (the long way), we are so full of unrelenting and electrifying energy for everything that is possible for animals in the coming year. I write this from New Orleans, where the Hens have landed. The view from our motel window is of a brick wall, oddly and sweetly reminding us of our destination: Manhattan, home.

“I remember every face of every man who put me here.”

Even stranger still, I have the blinds wide open, and I have found myself repeatedly staring at that brick wall, knowing full well that beyond it is a whole world. Perhaps it’s time to play Dylan’s “I Shall Be Released” (a song that, I think, should be the animal rights anthem… my favorite version was sung by Bette Midler, but I digress). So many of the lyrics to that song can be applied to finding hope for animals, to recognizing their plight and working to rise above it somehow.

“A man who swears he is not to blame…”

Maybe it’s the holiday season getting to me in an embarrassing, nostalgic way, or maybe it’s the jazz penetrating the streets below me now working its way into my soul and lifting me up. But I feel certain, I do, that 2013 will be the year that we mainstream the movement to end the exploitation of animals. There are too many signs all around us to ignore that reality — and just as we need to accept the other reality, the hideous one going on behind closed doors for animals — we can and should embrace this one too. This reality, this fact, that anxieties are rising and we — a “small group of thoughtful concerned citizens” — are beginning to penetrate society with messages of social justice and of compassion. We are slowly but absolutely infiltrating grocery store shelves, restaurant menus, politics, schools, media, Hollywood, and laws. Even when we’re not around, we are providing the topic of conversation at gallery openings, theatre intermissions, potlucks, rodeos, puppy stores, agribusiness boardrooms, teachers lounges, and, of course, dining rooms. We are there, even when we’re not. Those who care about animals — those who are speaking up for them — are, indeed, everywhere.

“I swear I see my reflection some place so high above this wall.”

If we speak up for animals unapologetically, unabashedly, and unwaveringly, sometimes going out of our way to insert into the conversation the truth about who they are, and what they are going through, then the majority of society will eventually run out of ways to ignore what’s right in front of them. And we will effectively mainstream the movement to end their exploitation.

The result of which will be that our movement will grow by leaps and bounds — and by next year. That’s right, next year. I’d say it was the bourbon talking, but I’m sober as a judge, and my eyes are wide open.

“I see my light come shining…”

So how will we get there? Every day on Our Hen House, we publish ideas and opportunities for each of us to change the world for animals. To date, we have over 1500 pieces written that provide tools, resources, and encouragement in order for you to easily and accessibly get started with your own activism of choice, something that you feel excited about, something that tugs at your heartstrings. With the new iteration of Our Hen House, the expansion to an online magazine which we launched earlier this month, our voice has never been louder. We have brought on board new writers, new thinkers, new theorists, new activists, new angles. We are growing, just like the movement to change the world for animals.

Yesterday, our board member JL Fields published an in-depth interview with Mariann and me, in which we go into detail about our vision for Our Hen House, including information on how we use our non-profit status to propel it forward. I do hope you take some time today to read the full interview. Ever since Our Hen House started three years ago, we’ve never been asked such thoughtful and thought-provoking questions. One involved what Our Hen House would look like in another three years. Here is a portion of our reply:

[…] we will introduce a web-based TV show, similar to HuffPo Live’s model. We will finally be able to offer our regular writers compensation, and our staff people too. Cassandra Greenwald will be our full-time editor, Ben Braman will be our full-time tech person, and Danielle Legg will be our full-time outreach coordinator. Jasmin will continue to work tirelessly as the Executive Director, writing and editing blogs, columns, and features, as well as writing freelance articles in mainstream publications. Mariann will have had Op-eds published in mainstream newspapers, such as the New York Times, and will be a sought-after guest pundit for mainstream media on animal law related issues. The Our Hen House podcast will still be going strong, with the occasional “vodcast” thrown into the mix. Our Hen House will begin to take on investigative journalism. Jasmin’s book – which is currently the draft of a proposal – will be on its way to publication. Major companies that will be incorporating a vegan line into their products will sponsor Our Hen House, allowing us – among other things – far-expanded tech capabilities. We will receive grant funding to start an artist “in residence” program, where artists who speak up for animals will be given a sabbatical to develop their creative advocacy. Mariann will transition her animal law classes, which she currently teaches at 5 law schools throughout the country, to an online model available to anyone. The Our Hen House flock area will be home to that and to hundreds of discount codes and giveaways. The Indigo Girls’ Amy Ray will go from vegetarian to vegan and will sing to us on our podcast (or perhaps we just dreamt that last night). […] Every now and then, Jasmin and Mariann will take a weekend off (though it will be difficult, and our computers will likely never be far from reach). 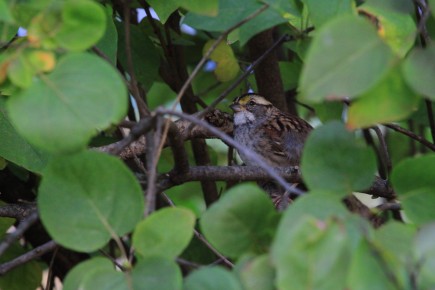 It’s absolutely invigorating — though admittedly scary, too — to focus in on the many ways we intend to grow. The article also went into detail about how we see the world changing for animals in the next three years, and I confess that was the most enjoyable part of responding.

Here’s where you come in. We need your support to get there. As we gear up for our new fiscal year, and as you begin to plan your end-of-year donations, please consider Our Hen House — which is indeed a 501(c)(3). When JL asked us why people should donate to Our Hen House, this is what we said:

Thank you for being such an important force for animals, and for being part of the Our Hen House community. You inspire us daily. You provide us with fodder, ideas, content, and resources. You are precisely why I believe we’ve got this one in the bag. You are why they will be released.