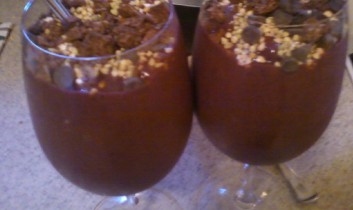 We know that many of you will be jealous of writer Sarah E. Brown after reading her guest piece for today’s Thought for Food column. Many people struggle with being the only vegan at the holiday meal with family, but not Sarah. Her brother, Asher, is just as passionate a vegan as she is, and the two have a lot in common. When they aren’t busy rubbing off some of their compassion on their family, they like to concoct delicious, cruelty-free, healthful recipes. Today, Sarah shares one of her favorite new smoothie recipes with us, as perfected by her and her bro.

My older brother Asher convinced me to be a vegetarian at age 12, and then when I became a vegan at 18, I persuaded him to follow suit. With the sentimentality that comes with the arrival of a New Year, I’ve been thinking a lot about how having a vegan sibling has strengthened my own veganism – how we’ve worked together to create compassionate lifestyles for the animals and influenced our nuclear and extended families. In many ways, a vegan sibling is like a vegan partner or vegan friends (I am grateful to say I am lucky enough to have all of these!). It allows you to have someone close to you to share your values about a crucial aspect of your lifestyle. Yet a vegan sibling seems to offer distinct advantages, different from vegan friends or even a vegan partner. Together, you and your sibling send a powerful message of compassion to your family of origin and those around you.

While friends and partners choose each other (theoretically), siblings are born into a family unit and may be very different. What unites Asher and me, even though we currently live on different coasts and are six years apart, is a shared sense of compassion for animals and for each other. This united commitment lets everyone in our family know that we are seriously devoted to veganism. Our parents are incredibly generous and very flexible, and have adopted a mostly vegan diet since my brother and I took the plunge. We are blessed to now have a very vegan-conscious family.  A vegan focus has been incorporated into our family’s Thanksgiving tradition for the past few years, which has been a huge gain for all of us (and for the animals, too!).

Having a vegan sibling as wonderful as Asher has led to our hosting all-vegan dinner parties at his film studio, Pollution Studios, and our homes. We share recipes and swap stories about negotiating our vegan identities throughout our lives. I fawn over gossip about Kristen Bell shooting a scene at his studio or delight in the news of a project he worked on with Ellen. We always have things to discuss, like which supplements we’re taking and what protein powders he should put in his smoothies. It’s the little things, right?

In fact, you might say that smoothies are now a Brown sibling tradition. One year, I got Asher a Vitamix for his birthday, so we both blend all the time when I visit. Below is a smoothie recipe that my brother and I came up with during my most recent visit. Hope you enjoy it as much as we do!

Rich, smooth, and chocolaty – this smoothie will not disappoint! For the most delicious and ethical chocolate choices, check out the list from the Food Empowerment Project.

1 young Thai coconut, cracked open (scoop out solid coconut and use the liquid, too)

Blend all smoothie ingredients. Top with buckwheat groats and chocolate chips if you’re feeling groovy. Enjoy with a friend or sibling! 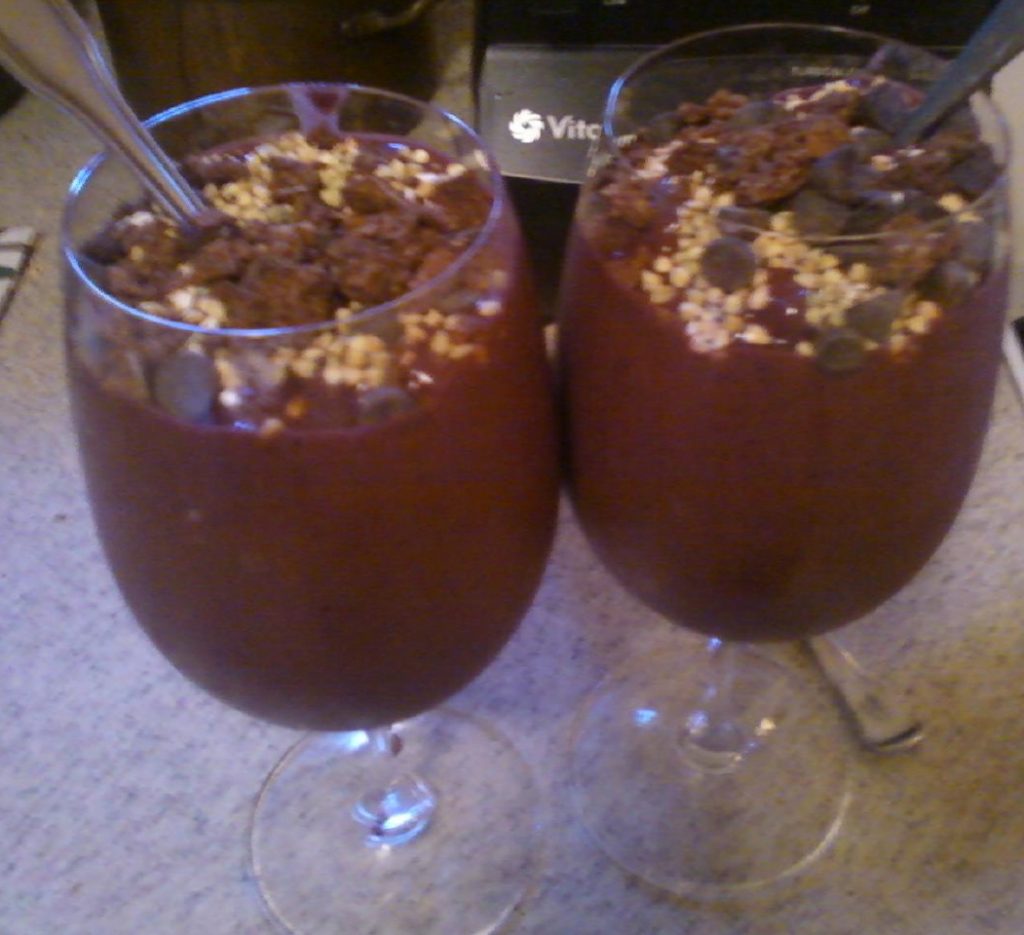 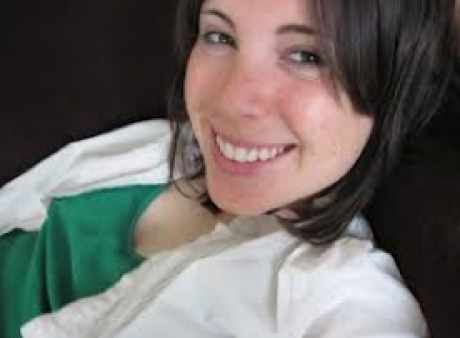 Sarah E. Brown blogs at QueerVeganFood.com. Sarah’s essay about the influence of the work of Carol J. Adams ultimately helped Sarah and her brother make the switch to veganism will be published in an upcoming anthology entitled Defiant Daughters: 21 Women on Art, Activism and The Sexual Politics of Meat (Lantern Books, 2013), for which Our Hen House’s Jasmin Singer is a fellow contributor – and, excitingly, the proceeds of the book will benefit Our Hen House! Sarah’s brother, Asher Brown, runs Pollution Studios. They are both vegan and are super excited to connect with new friends on Twitter as @QueerVeganfood and @SmasherBrown, respectively.