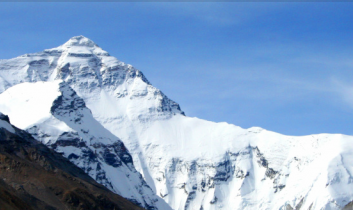 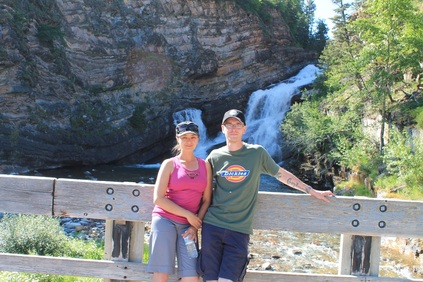 When it comes to finding and implementing justice and equality for animals, we certainly need to climb every mountain we can. And that’s precisely what activist and environmentalist Richard Smith is planning to do. This out-of-the-box do-gooder is about to embark on an altruistic journey that will first take him atop Canada’s Mt. Olive, Mt. St. Nicholas, Mt. Gordon, Mt. Thompson, Mt. Balfour, and Mt. Rhondda. And that’s just his first expedition; it doesn’t end there. According toDigital Journal, “The activist has established 15 climbs in all, each progressively more daring than the last. Smith’s final two campaigns for example, will tackle Mt. Everest and the Matterhorn in the Pennine Alps.”

Smith’s goal is to raise mass awareness for various animal rights issues. Each climb brings a different awareness-building campaign. And with each mountain climbed, Smith will create a unique hashtag which he hopes will go viral, so that his heroic feat of activist-athleticism will not only create media stories, but will also create compassion for the billions of beings being subjugated, oppressed, and exploited — round the clock — for nothing more than human greed.

Sounds like a stellar way to raise funds, no? No, in fact. Smith is adamantly refusing to make his venture a fundraiser at all, and has already turned down some offers for backing. His reasoning? Smith told Digital Journal, “All I want is for people to get involved with the campaign and causes, if this is something they believe is something worth getting behind.” (Smith is, it should be noted, accepting equipment donations.)

Each of Smith’s 15 climbs (and corresponding campaigns) are currently listed on his website. His first one is set to begin in June (he’s in training now), and will be associated with the hashtag, #killthetrade (raising awareness for the plight of elephants, rhinos and tigers). The other hashtags and campaigns are currently not listed yet.

I am wildly intrigued by Smith’s efforts to use his lifelong history of speaking up for animals and the planet, combined with his fantasy of climbing Everest, into a way to raise awareness of what’s happening to animals. There are indeed so many ways that the athletes among us can incorporate this kind of outreach into our marathons, Iron Mans, Triathlons, etc, but the fact that the entire purpose of Smith’s expedition is to change the world for animals through tapping into the power of social media, is admirable. It’s a replicable effort, too. Perhaps we can’t wrap our heads around climbing a mountain (I can sometimes barely climb the stairs to my apartment), but it does make you think: How can we climb mountains, literally or figuratively, while bringing in the animal message, loud and clear?

You can stay on top of Smith’s mountaineering adventure to change the world on his website, Climbing4hashtags.com, or via his Facebook and Twitter page, or his blog. Like, share, tweet, and scream about this guy. Let’s support him as he supports, so bravely and unflappably, a cause that is so vitally important to each of us.