FLOCK ONLY: Not an Armchair Activist: How Steve Hindi’s Tenacity Became My Inspiration 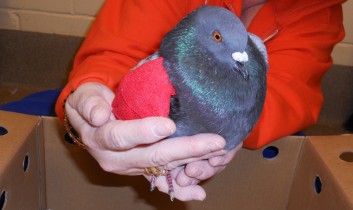 Who is that at the door? Why it’s Cassandra Greenwald, Our Hen House’s darling editor! Her letter to you, flock members, and the article following it, corresponds with her incredible feature, “From Hunter to Activist: The Radical Transformation of Steve Hindi of SHARK.” Consider that article dinner, and this article that follows is dessert, just for you…

I’m usually behind the scenes here at Our Hen House, merely swooping in to tidy up our authors’ commas in my role as an editor, but Jasmin recently asked me to interview Steve Hindi, the mastermind behind SHARK. “I think I can squeeze that in,” I said, and added it to my to-do list, next to restocking the kale drawer and feeding the kitties. I thought it would be a standard Q&A interview: I would ask him questions, he would answer, and then we’d go about our merry way. I had no idea that his work with SHARK and his fight for animal rights in the face of cruelty and injustice would be such a source of inspiration to me. You can read my full article on the online magazine, but I wanted to give the Our Hen House flock, our most treasured supporters, a very personal window into the interview, so you could see the true force of nature that is Steve Hindi and be as inspired as I am.

Not an Armchair Activist: How Steve Hindi’s Tenacity Became My Inspiration 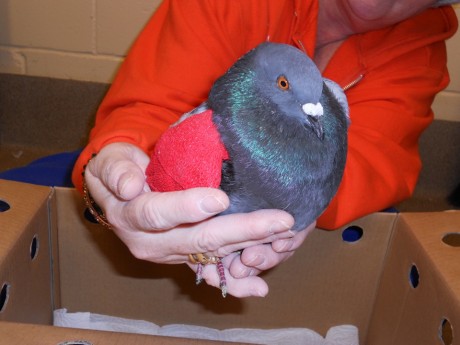 What a stunning pigeon! Rescued, thanks to SHARK.

My own little crash course in journalism started