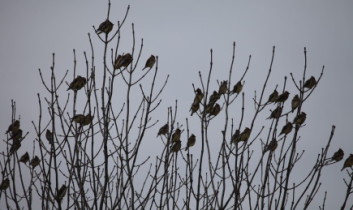 Dr. Ramona Ilea blew our minds when she joined us on Episode 148 of our podcast when she discussed various facets of animal rights philosophy in a succinct and accessible half hour segment. We knew we had no choice but to beg her to write a complementary piece as a feature article. We were thrilled when she agreed to do so. 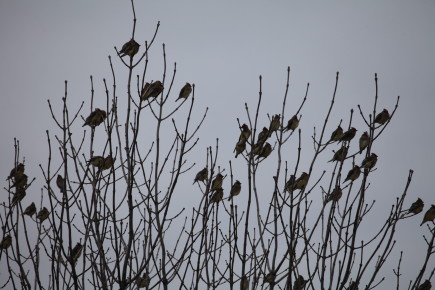 A Bit of History

Many people assume that the concern for the rights and interests of animals is a recent phenomenon. But this could not be further from the truth. Philosophers have written about animal issues for over 2,500 years! Pythagoras (c. 570–490 BC), a philosopher and mathematician who is well known to high school geometry students all over the world, was in fact a strong advocate for vegetarianism. He had many followers and the term “Pythagorean” continued to refer to vegetarians until the 19th century. But Pythagoras did not convince Aristotle (384–422 BCE), one of the most important philosophers of all times. Aristotle argued that animals are inferior to humans, and nature created them to serve our needs. Needless to say, Aristotle’s ideas had a larger influence on Western culture than those of Pythagoras.

Jumping ahead about 1,500 years, we continue to find lively debates among philosophers about the moral status of animals. Descartes (1596–1650), an influential French philosopher, argued that animals are like automatons or machines; they act in sophisticated ways, but they can’t feel pain. If you don’t plug in your phone, it will stop working. It might even beep or make other sounds to warn you that its battery is low. But it is not suffering! Descartes argued that animals are the same: if Mariann and Jasmin forget to feed their dog for a couple of weeks (which I know they would never do!), she will make various sounds and eventually die, but she would not suffer, according to Descartes. His ideas were influential, but they were also challenged by many other significant thinkers – such as Percy Shelley, Voltaire, Jeremy Bentham, John Stuart Mill, Gandhi, and Tolstoy – who argued that animals do feel pain and deserve to be treated well; in fact, some of these advocated for vegetarianism long before it became fashionable.

An influential German philosopher, Immanuel Kant (1724–1804), joined the debate about the moral status of animals by presenting a more middle-ground view that is still popular today. He argued that we only have indirect duties to animals. Animals don’t have inherent value, but hurting them hurts humanity, and being kind to them benefits humanity. So, if I hurt Mariann and Jasmin’s dog, Rose, I harm them and not Rose. Kant also argued that cruelty toward animals leads to cruelty toward people; recent psychological research supports this belief by showing that many serial killers start out by torturing and killing animals. Punishing animal cruelty then is justified because it benefits human interests. This is a type of Kantian argument similar to the argument that we should be vegan not for animals’ sake, but because it benefits our health.

While philosophers have debated the moral status of animals for 2,500 years, influencing the larger culture with their ideas, the modern animal rights movement didn’t start until the 1970s. Many argue that it didn’t start until the publication of Peter Singer’s book Animal Liberation in 1975. This book, sometimes referred to as “the bible of the animal rights movement,” had an extensive influence on activists and philosophers alike. Singer argues that the criterion for moral consideration is the ability to feel pain (not being intelligent, having a soul, or having language – as some previous thinkers had argued). All animals who feel pain deserve moral consideration. Furthermore, in the book, Singer shows – with vivid descriptions and pictures – the cruel treatment that animals endure in factory farms and research facilities. Such treatment is not justified, he argues; it causes a great deal of suffering to the animals for a small increase in human well-being. Even if I really, really loved meat, the pleasure I get from eating it is only a minor part of my life. Meanwhile, the hundreds of animals I’d eat (and Americans do eat hundreds of animals during their lives) endure terrible suffering. Like many philosophers, Singer excels at taking into account objections to his views and responding to them. Anyone who deals with annoying relatives and friends who argue against veganism can find useful responses in chapter six of Animal Liberation.

Tom Regan is one of the main philosophical founders of the animal rights movement. Regan argues that all “subjects of a life” – conscious beings who value their lives (these include all the animals who are usually eaten, hunted, used in animal testing and entertainment, etc.) – have moral rights, such as the right to live and bodily integrity. Subjects of a life should not be used as means to an end. As the title of his book Empty Cages implies, Regan does not want larger cages or better conditions; rather, he insists on the abolition of practices that use animals as resources. Regan also emphasizes philosophy’s ability to combine rigorous arguments with the deep desire to make a difference for animals:

I am reminded of my thoughtful critic … who chastised me for being “too cerebral.” Well, cerebral I have been; indirect duty views, utilitarianism, contractarianism – hardly the stuff deep passions are made of. I am also reminded however, of the image of the ballerina as expressive of disciplined passion. Long hours of sweat and toil, of loneliness and practice, of doubt and fatigue; that is the discipline of her craft. But the passion is there too: the fierce drive to excel, to speak through her body, to do it right, to pierce our minds. That is the image of philosophy I would leave with you; not “too cerebral,” but disciplined passion.

People often think that philosophers constantly disagree with each other … and this is partly true. But many contemporary philosophers who have very different philosophical perspectives actually agree that animals deserve moral consideration. Martha Nussbaum is one such philosopher. She is one of the most well-read contemporary philosophers and has 40 honorary degrees from universities all over the world. Her view, the capabilities approach (developed with Nobel Prize winner Amartya Sen), aims to provide an account of basic legal entitlements. Nussbaum argues that both human and non-human animals have some capabilities that need to be protected: life and bodily integrity, but also many other things that make life worth living: affiliation with others, play, control over one’s environment, bodily health, etc. Because the capabilities of animals in circuses, fur farms, factory farms, and puppy mills are violated, many common practices involving animals need to change.

Throughout history, philosophers have challenged the status quo. They questioned customs – such as eating animals – that many others took for granted. They developed new arguments and carefully considered objections against them. And they influenced public opinion and public policies. Studying philosophers’ arguments thus gives us a better understanding of where our ideas have come from, and where we might want to go next; it also helps us engage in ethical reflection about our beliefs and habits.

Dr. Ramona Ilea is a tenured professor at Pacific University, Oregon, where she teaches a whole class on animal ethics, as well as environmental ethics, biomedical ethics, and others. She also sometimes teaches a law course, “Animal Legal Philosophy and Its Development,” at the Lewis & Clark Law School. Dr. Ilea has many publications and over 40 conference presentations on her research, which includes the link between philosophy and social change, environmental issues, and especially animal ethics. In her free time, she does volunteer work, advises the Pacific Dignity for Animals club and other clubs, and makes crafts, household items, and clothes from recycled materials. In graduate school, she was one of the coordinators of Compassionate Action for Animals, an animal advocacy group in Minnesota.