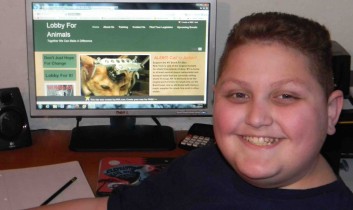 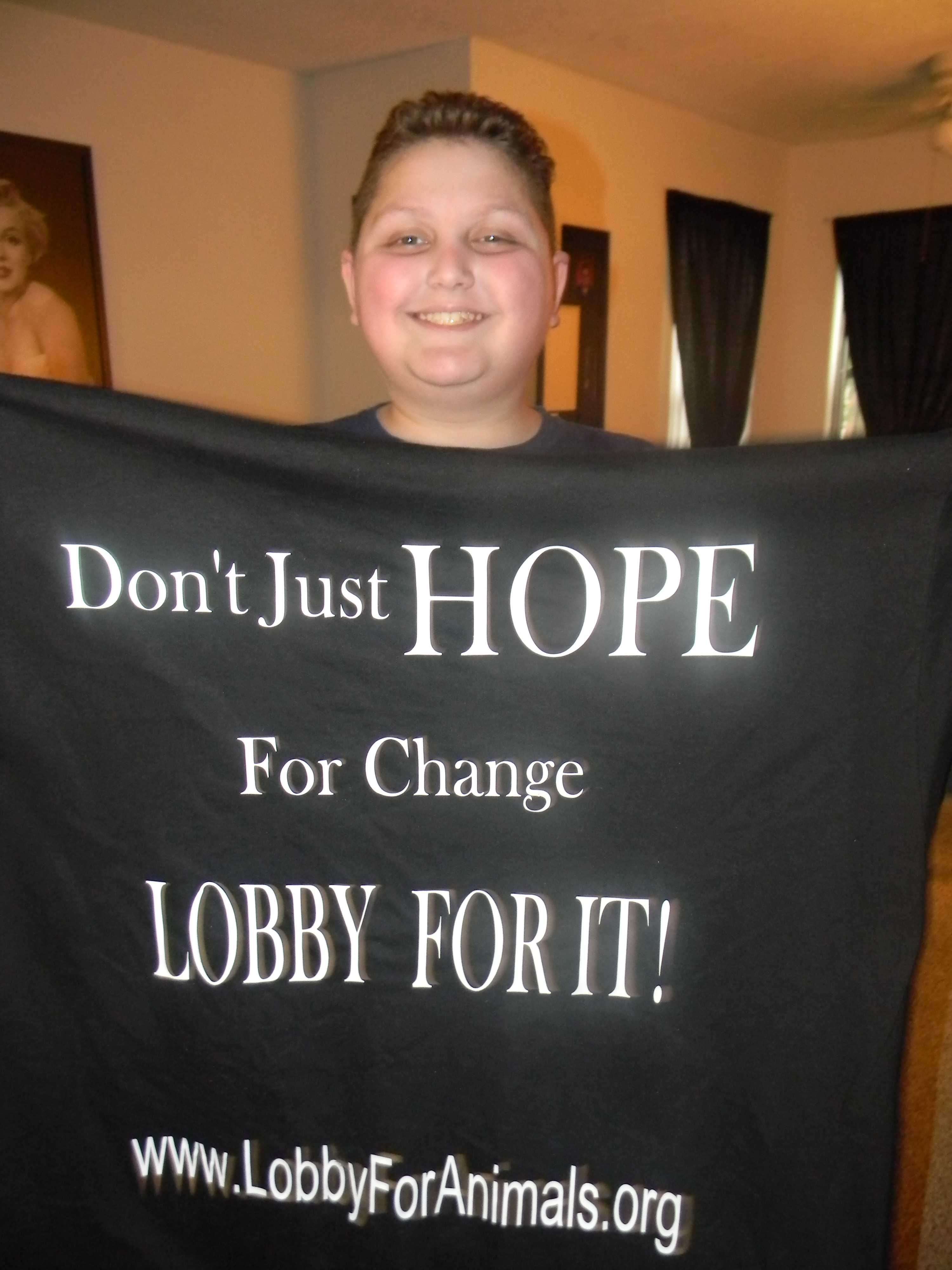 Thomas Ponce of Lobby for Animals. Photo via Pollination Project.

12-year-old Thomas Ponce doesn’t want us to just hope for change, he wants us to lobby for it. Those are the first words you see when you visit the website for the organization that this child visionary has co-founded, Lobby for Animals. The mission of this group is to encourage those who care about animals to get involved on a legislative level, by reaching out to policymakers and creating much-needed laws that reflect the values that most people have anyway. It’s funny (or not at all, really) how far behind the curve the laws are when it comes to properly representing widely-held social values, like respecting animals. I have a feeling that this pint-sized powerhouse, who resides in Casselberry, Florida, might play a big role in narrowing that divide.

And I’m not the only one to notice. Young Ponce was just awarded Pollination Project‘s 100th grant of 2013. The forward-thinking nonprofit, which gives $1,000 in seed money to social change projects benefiting various social justice causes has now given away $100,000 to deserving individuals inspired to change the world. We can’t seem to stop talking about Pollination Project. Last week we told you about a different effort they funded, this one for a group of five — including two teens — who are riding their bikes hundreds of miles as part of a grassroots campaign to raise awareness about animal rights issues. The group, F.A.S.T. — or, Five Activists Standing Together — will be stopping at universities along the way to leaflet.

As far as grassroots tactics are concerned (and sometimes even organizational or “professional” tactics), lobbying is a biggie. Remember when former OHH intern Sally Tamarkin vowed to Help Change the Law, giving us all useful tips on lobbying for animals? Howzabout when HSUS’ New York State Director, Patrick Kwan, gave us some necessary pointers on Citizen Lobbying? Indeed, this is a subject we hens are passionate about, and we couldn’t be happier that this young constituent is rallying the troops and spreading the word about animal rights.

Lobby for Animals is chock-full of easy-to-navigate tools for anyone to use, my favorite being a video that Ponce himself made entitled Tips for Successful Lobbying (which I’m also embedding below, because I want you to adore this animal activist as much as I do). Current pending legislation that you’ll see featured on Lobby for Animals includes an alert to support the NY Shark Fin Ban (“NY is believed to be the largest port of entry for shark fins on the East Coast,” the website states, “and is attributed with being a major supplier for shark fins sold in other states.”), and you’ll also find a campaign to help repeal the Animal Enterprise Terrorism Act (“If more activists were involved at the legislative level, Acts like this would not just pass quietly in the night; it would have been met with a loud roar of opposition.”).

While reading about Ponce on his website, I happened across an essay he wrote entitled “Together We Can.” (There’s no hyperlink to this. Just go to Lobby for Animals, click on “About Us,” scroll down, and click on “Together We Can.”) After eloquently (and hauntingly) describing various aspects of animal exploitation, Ponce ends his A plus essay with words we should each tape to our fridge:

These are just a few examples of animal cruelty that’s happening in our world, the world that we share with the animals. The world that we live in is also their world. In most cases they were living here before we were. Before we came along the animals lived free. So the next time you head out to go to the circus, zoo, aquarium, or to buy dinner or beauty products think about all the animals that had to die for your needs. The good news is we have the power to stop all this abuse but some of us choose not to use their power. I choose to make a stand! I believe together we can stop the abuse.