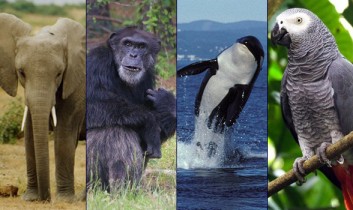 When laywer and animal advocate Steven M. Wise joined us on our podcast way, waaaay back on Episode 33 to discuss his organization, The Nonhuman Rights Project, we knew that, pretty soon, the world of animal law would never again be the same. As we told you about last year, The Nonhuman Rights Project — whose mission is to “change the common law status of at least some nonhuman animals from mere ‘things,’ which lack the capacity to possess any legal right, to ‘persons,’ who possess such fundamental rights as bodily integrity and bodily liberty, and those other legal rights to which evolving standards of morality, scientific discovery, and human experience entitle them” — is even about to become the subject of a documentary. If you’re reading these words with your mouth slightly agape, feeling intrigued, elated, and perhaps a little perplexed, then you’re right on the money. We’re truly honored to have Steve Wise joining us today as a guest contributor to our online magazine, discussing the history of The Nonhuman Rights Project, and giving us some updates that are nothing short of thrilling. Whether or not you’re a lawyer, you’ll want to listen up. 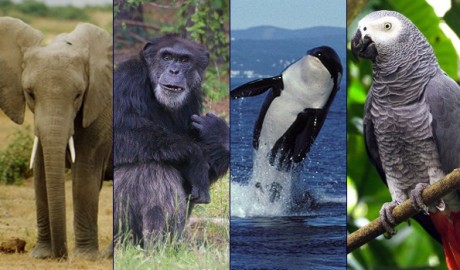 Photo via The Nonhuman Rights Project

This fall, the Nonhuman Rights Project will file the first of many lawsuits in which a nonhuman animal will demand that a state High Court recognize her “legal personhood,” meaning her capacity for legal rights, no longer regard her merely as a legal thing that lacks that capacity, and acknowledge she possesses certain legal rights. Twenty-five years and tens of thousands of hours will have gone into preparation for that historic day. It will take a book to describe the Nonhuman Rights Project’s work. For now, allow me to give you a glimpse refracted through the prism of how we have investigated just one of the many issues we have considered, the judicial use of the common law writ of habeas corpus.

Habeas corpus is Latin for “you have the body.” It has been called “The Great Writ” and “the most fundamental legal right.” The constitutions of the United States and nearly every American state forbid its suspension, except in time of rebellion or invasion. It exists to prevent unlawful imprisonment, and through it a judge commands one who detains another to produce his prisoner before the court so it can determine whether the detention is legal or whether the prisoner is entitled to release.

Often the terrible wrong inflicted on a nonhuman animal – an elephant in a circus, a primate in a biomedical research laboratory, an orca in an aquarium – is the loss of bodily liberty,  the wrong the writ of habeas corpus has addressed in humans for six centuries. I first gave serious thought to the Nonhuman Rights Project’s using the writ on behalf of nonhuman animals just after I completed “Hardly a Revolution – The Eligibility of Nonhuman Animals for Dignity-Rights in a Liberal Democracy” for the 1998 Vermont Law Review. I used the term “dignity-rights” to refer to those fundamental rights that the possession of dignity produces. How, I wondered, could a court come to recognize that a nonhuman animal might possess dignity-rights in the real legal world? It seemed one way to answer this question might be to consider how it had been answered for others, such as human slaves, who had been unfairly deprived of their rights.

On June 22, 1772, the great Chief Justice of the Court of King’s Bench of England, Lord Mansfield, famously declared one human slave, James Somerset, free. Somerset’s lawyers had challenged his slavery pursuant to a common law writ of habeas corpus. “Slavery is so odious,” Mansfield said, “that nothing can be sufficient to support it but positive law”; that is, legislation. And Somerset burst from Westminster Hall a free man. 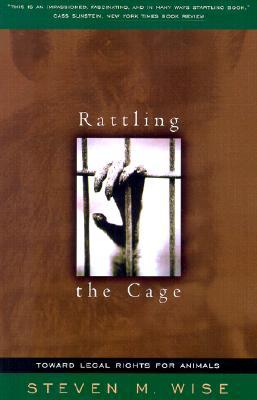 I had mentioned Somerset’s case in my 2000 book Rattling the Cage – Toward Legal Rights for Animals. Then I really started digging. In 2005, I drafted Though the Heavens May Fall – The Landmark Trial That Led to the End of Human Slavery as a blueprint for how the Nonhuman Rights Project might use the judicial system in general, and the common law writ of habeas corpus specifically, to challenge the legal thinghood of  beings unrecognized as legal persons, and therefore relegated to the status of mere legal things, which Somerset was and many nonhuman animals are.

The work of the Nonhuman Rights Project, which was based on my writings, escalated in 2009. The immediate object of its Habeas Corpus Subworking Group was to narrow the jurisdictions in which we intended to file our first suit from 51 to 1. We asked ourselves dozens of questions, the answers to which required our immersion in the intricacies of habeas corpus, how it developed in England, and how it came to the American Colonies. Has a state adopted the common law writ of habeas corpus? If so, as of what date? To what degree has a state enacted statutes or adopted a constitution that supplemented, supplanted, or altered the common law writ of habeas corpus, or prevented its alteration? How did the common law writ differ from a statutory or constitutional writ of habeas corpus? Have human villeins, slaves, children, or the insane – all those who, at one time or another, have not been fully recognized by the law as legal persons – ever used, or tried to use, the common law writ of habeas corpus? If they won, why did they win? If they lost, why did they lose? Because some of these petitioners might have been incompetent to represent themselves or care for themselves, if they won, in whose care were they placed? What courts have jurisdiction to decide whether a petitioner is entitled to the writ? What procedures governed its use? Can a habeas corpus petitioner receive a jury trial? Is pretrial discovery available? Is a judge required to grant an evidentiary hearing, or can she decide the case just on the papers that were filed? Can the losing party appeal or bring her case to another judge? And many more. Eventually, our volunteers from across the United States drafted comprehensive memoranda that covered the law of habeas corpus of every jurisdiction. Each took at least 30 to 40 hours to write.

By the end of 2011, the Habeas Corpus Subworking Group was ready to argue over 2,000 legal questions, and we began to do it face-to-face, with an occasional someone Skyped into the hotel room, apartment, or conference room in which we were meeting in Chicago or Manhattan. Our meetings typically ran from 8 a.m. to 7 p.m. for two consecutive days. Because each state initially required almost two hours to discuss, it took months to consider them all. Eventually, by comparing the habeas corpus law of every state to every other, we were able to discard all but 15 states, with further work 5 more, later another 2, until at last we had a final 4.

The Nonhuman Rights Project has repeated this process with numerous other legal questions. And its Legal Working Group is just one of many working groups. The legal thinghood of nonhuman animals has a long history. But the Nonhuman Rights Project believes that the long legal arc of the universe, like its moral arc, bends toward justice. It’s our intention to move it along that arc. 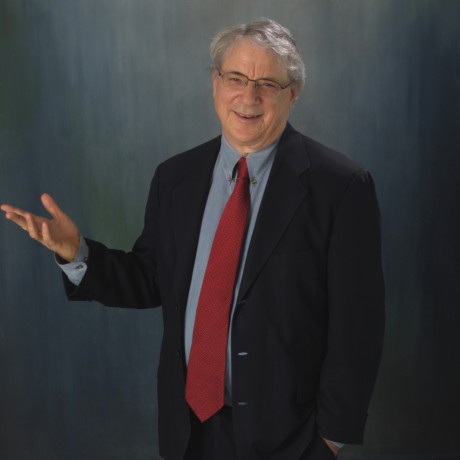 Steven M. Wise received his undergraduate bachelor of science degree in chemistry from the College of William & Mary and his law degree from the Boston University School of Law. He has been an animal protection lawyer for 31 years and has taught “Animal Rights Jurisprudence” at the Harvard, Vermont, Lewis & Clark, St. Thomas, University of Miami, or John Marshall Law Schools for 22 years. He has written four books, including Rattling the Cage – Toward Legal Rights for Animals and Though the Heavens May Fall – The Landmark Trial That Led to the End of Human Slavery. He served as president of the Animal Legal Defense Fund for 10 years and president of the Nonhuman Rights Project, Inc. since 1996.