Two Teens, Three Grownups, Some Bikes, and a FAST Track to Change the World 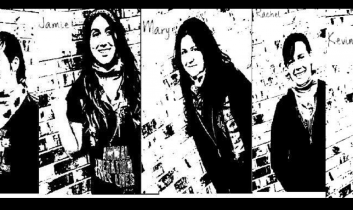 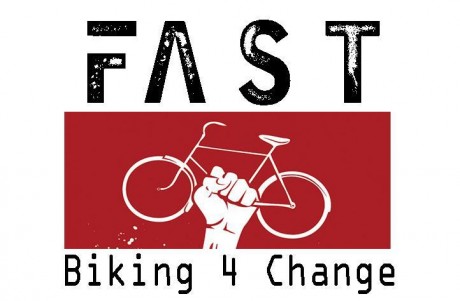 I am in love with FAST — Biking 4 Change, a group of five activists with strong calves and stronger hearts who are bike-riding around various pockets of the U.S. while handing out vegan leaflets at universities. One of the group’s members, John Jungenberg, 17, told me, “We are planning on leaving on our first trip April 13. We are going from Northern Illinois to Madison, WI, then to Milwaukee and back. It is 300 miles, round-trip.”

When I was 17, all I did was cut class, sit in my old, 1986 Toyota Camry, and blast Patti LuPone tapes, full-volume. John kind of makes me feel bad about myself…

Except he doesn’t, really. He inspires me to get off my ass and do more to change the world for animals. 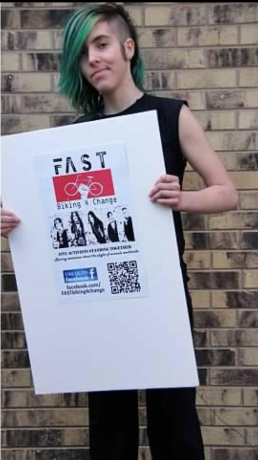 FAST — which is short for Five Activists Standing Together — is made up of John, plus Jamie and Mary Jungenberg, Kevin Cooney, and Rachel Shippee. Their charming Facebook page regularly posts profiles about the members. That’s how I learned that Rachel, who has been vegan for 7 years, is a member of FAST because it’s “a creative and fun way to gain attention for an extremely important issue. Not only is it a unique way to travel such a long distance, it’s healthy, good for the environment, and we love biking!” And John, who rides a Trek Hybrid and has a haircut that I now aspire to myself, has high hopes for gaining big attention with FAST. “When people find out that we are riding 300 miles to raise awareness about animal abuse,” he says, “it really makes them think about the issue more deeply.”

John is not the youngest member of FAST. Jamie, 14, a vegan of three and a half years, can teach us grownups a thing or two. She advises, “You hold in your hands the power to make the world a better, more peaceful place. Do whatever you can to help. A little bit is better than nothing.” Words to live by, methinks.

FAST is getting a ton of attention (as they should). They recently became the recipients of a grant from The Pollination Project, a unique philanthropic effort that we told you about a few months ago. And they’ve been featured on the Mercy for Animals blog, and have several interviews in the queue.

“We are aiming to hand out 9,000 leaflets at local universities,” John told me. That’s bound to reach a massive amount of people who hadn’t before considered the animals on their plates. Add to the grassroots power the media attention these activists are getting already, and it seems a vegan-making machine is pedaling through the Midwest.

All of this makes me wonder: If this kind of massive awareness-raising is possible with Five Activists Standing Together, imagine what would happen if we all stood together? 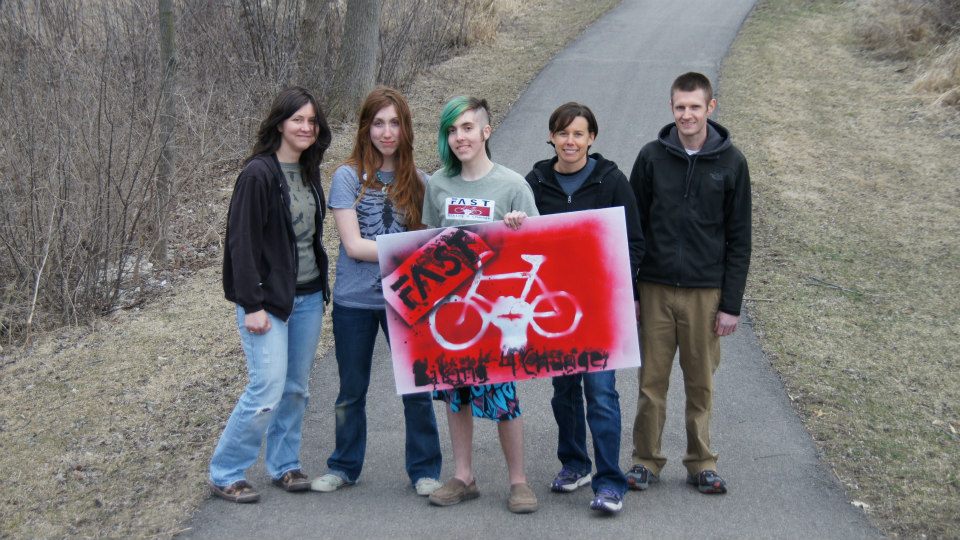