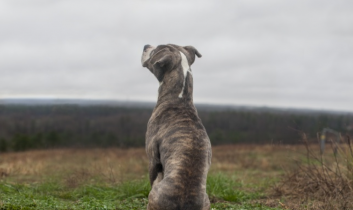 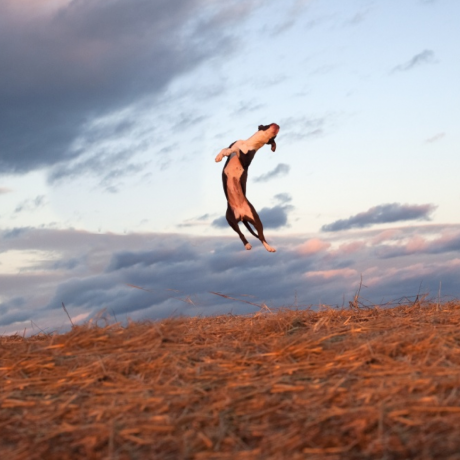 This spring I attended the Living With Animals conference at Eastern Kentucky University (EKU) (which you may have heard about on Our Hen House), where I gave a presentation on the “Picturing Animals” course I teach at Brock University. While I enjoyed the opportunity to speak to other academics about this class and about some of the rewards and challenges of teaching animal studies in an art department, my favorite part of the conference was learning about all the incredible projects others are currently working on. I heard a number of fabulous presentations at the conference, but one that particularly stood out for me was a presentation that Mary Shannon Johnstone gave about her project, Landfill Dogs. Johnstone, an associate professor at Meredith College in Raleigh, N.C., is a photographer who uses her camera to address issues of companion animal overpopulation and, in particular, the high turnover rate in animal shelters.

Landfill Dogs is Johnstone’s most recent project on this theme. Some of her prior projects included photographing euthanized cats and dogs (note: contains some disturbing imagery) in county animal shelters, an attempt to shed light on the tragedy of overpopulation. We have all heard the statistics, but Johnstone hoped that when faced with images showing the end result of overbreeding, people might make different choices around spaying/neutering their companion animals, and, perhaps, open their homes to animals in the shelter. While reflecting on this project, Johnstone realized that these photographs might not have been as effective as she would have liked them to be – as she noted, “these animals were already dead by the time people viewed these photographs.” 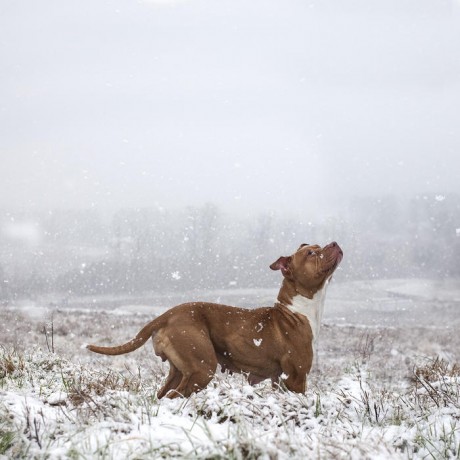 Landfill Dogs addresses the same issues, but from a very different perspective. In this project, Johnstone selects dogs who are in danger of being euthanized simply for the “crime” of having been in the county animal shelter for too long. She takes the dogs out of the shelter to be photographed, to a landscape that is at once enjoyable for the dogs and deeply symbolic given the nature of the project – the landfill. Here, the dogs are given a chance to run and play, to be outdoors, and to have the undivided attention of someone who cares for them. They are given treats, a car ride, and a walk, and these encounters are captured by Johnstone’s camera. The resulting images are striking. In one image, a dog named Mistletoe leaps in the air, perhaps after a ball or a Frisbee. The golden evening light adds warmth to the image, but its title – Mistletoe. Impoundment #81087 – is a reminder that this is not just any dog out enjoying the park. This is an impounded dog, one whose days at the shelter are numbered. In another instance, a brown and white dog named Rose (Impoundment #82564) is photographed watching snow fall from the sky. In Johnstone’s presentation at the EKU conference, she remarked on how the faces may change from week to week, but that the steady stream of dogs remains constant. She also noted how many of these Landfill Dogs are pit bulls or pit mixes. The proliferation of specific breeds of dogs in the shelter was not something Johnstone initially set out to address in this project; however, the high numbers of this type of dog speak to broader cultural issues around how certain kinds of animals are characterized and treated in our society. 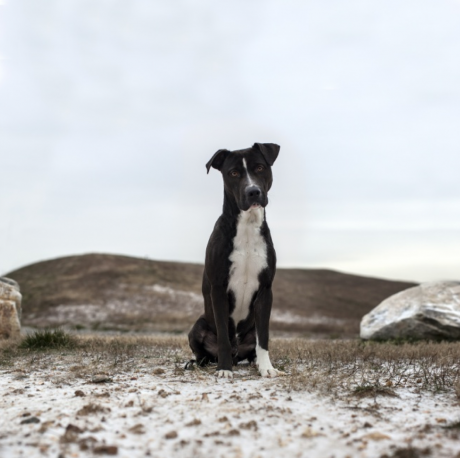 The dogs who are the focus of the Landfill Dogs project are beautiful, inquisitive animals, and their personalities come through in Johnstone’s images. These photographs are then used to “advertise” that these dogs are in desperate need of being adopted or fostered, that this really is their last chance to live. Since Johnstone started this project in October 2012, only two of the dogs she photographed at the landfill were euthanized; all of the rest were adopted or fostered. Johnstone speaks of the symbolism of the landfill, how in this case it can be a landscape of hope: “It is a place of trash that has been transformed into a place of beauty. I hope the viewer also sees the beauty in these homeless, unloved creatures.”

Johnstone brings this combination of photography and advocacy to her classroom. For instance, in her ART 949 class at Meredith College, the subject matter is photographing for the Web, a topic that is a mainstay of most art programs. However, in this case Johnstone has added a thematic element to this course – students learn the expected technical skills while also being educated on issues of companion animal overpopulation. As part of ART 949, students are required to volunteer at the local animal shelter as photographers, and their photographs are then used to help the animals in the shelter get adopted. This mix of artistic skills and animal advocacy is innovative and inspiring, and I know many of us who heard Johnstone speak about her experience with this course at the EKU conference are thinking about how we can implement these kinds of educational experiences in our own classrooms.