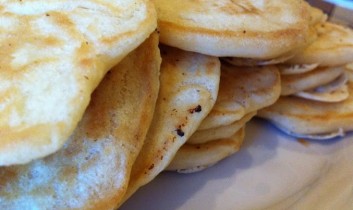 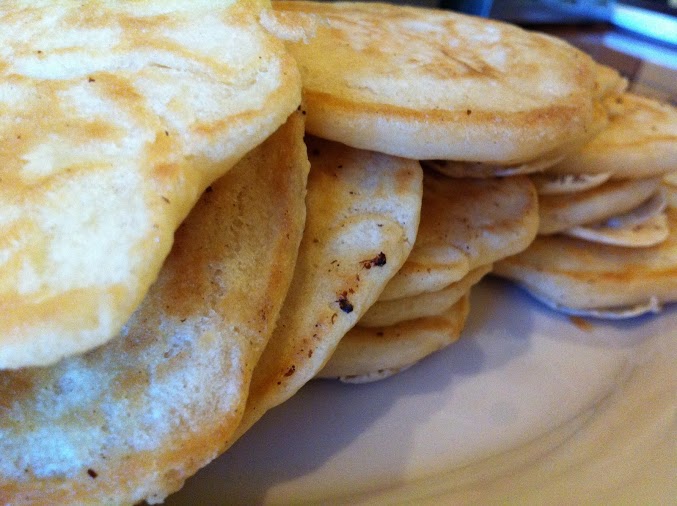 When my partner and I moved from New York City to the New Jersey suburbs, I was worried. After being spoiled by multiple vegan restaurants a stone’s throw from my apartment, our new local vegan options largely consisted of our grocery store’s salad bar. So, when I heard that a vegan restaurant was to open in a nearby town, my heart skipped a beat. Were my cruelty-free dining prayers finally going to be answered?

Enter Janelle Elizabeth Soto, founder of what is soon to be the first vegan diner in the Garden State: The Killer Vegan Diner and Delicatessen. Killer Vegan will offer American, Latin, and Italian comfort food and diner favorites, veganized. Poised to make culinary history in the diner capital of the world, Janelle is creatively raising the final funds to get Killer Vegan’s doors open, with Sunday pop-up brunch buffets held at Lalibela Ethiopian Restaurant in South Orange, and a recently launched Indiegogo Campaign. (Don’t miss the video on the campaign page, which tells Janelle’s remarkable story – and even includes some badass footage of her being arrested for acts of civil disobedience.)

Shifting from participating in impassioned civil disobedience to performing culinary magic, Janelle remains dedicated to her goal of obliterating animal suffering. Her fare is designed to show that we can let go of cruel foods without giving up delicious familiar dishes. As Killer Vegan’s campaign page explains, “The restaurant will use fresh ingredients to recreate plant-based versions of well-known favorites, allowing us to keep our feet planted in the traditional cuisine of the past with our sensibilities and ethics leaning towards the future.”

Janelle’s culinary skills are appreciated by all those who, like me, flock to Killer Vegan’s Sunday brunches where, for $25, she offers an all-you-can-eat, organic, fair-trade vegan smorgasbord. The menu includes buttermilk pancakes (dairy-free, of course) with homemade organic berry syrup, French toast, scrambled tofu, house-made seitan sausage, tempeh bacon, home fries, Latin slow-cooked black beans, Spanish rice, steamed greens, and biscuits with cashew sage gravy. Is your mouth watering yet? (If you’re in or near New Jersey, stay on top of the pop-up brunch schedule on Killer Vegan’s Facebook page.)

Like any vegan joint worth its smoked salt, Killer Vegan pleases more than just the already converted. At brunch, my omnivorous brother-in-law sang high praises for the tofu scramble; a pescatarian friend recently helped herself to thirds; and I have overheard more than one meat eater say they could imagine going vegan if they could just “eat like this all the time.” Talk about food as activism! Brunch lovers will be glad to know that Janelle will be continuing these glorious Sunday buffets when she completes renovations and opens Killer Vegan’s sunny 1,500-square-foot space in Union, N.J. Until then, you know where I’ll be every Sunday.

Janelle recently agreed to chat with me about all she has planned for Killer Vegan. Even if you’re not lucky enough to be a fellow New Jerseyite, I know you’ll gain insight and inspiration from this incredible story, which highlights the extraordinary value of food as activism.

Our Hen House: I can’t tell you how happy we are about your plans for Killer Vegan. Going back to your early days for a minute, tell us when and why you went vegan. 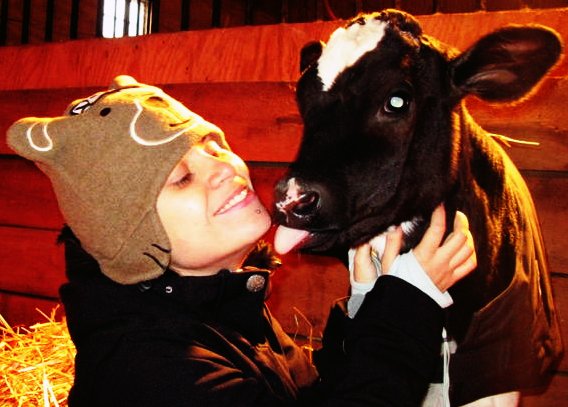 Janelle Elizabeth Soto: I went vegan about 18 years ago. I was vegetarian for a year prior to that, after I had one of those typical “lightbulb” moments and realized I was eating animals. There was no way I wanted to be involved in that. I went vegan after I read a couple of books, and I was like, “Whoa, that’s how they get that stuff?” – like dairy, eggs, honey, etc.

OHH: I can so relate! And, Janelle, I know that you used to be heavily involved with protesting against various forms of animal exploitation. Could you explain how your animal activism has evolved to focus on food?

JES: Back in the day, I did a lot of protesting, and I could be militant at times. All of the protests consisted of some form of ardent chanting. One day, my fellow protesters and I held alternating fur protests at both Saks and Fendi on Fifth Avenue in New York City, where we rotated from one store to the other every couple of hours. By the end of the day, everyone was hoarse and tired, and I, for one, wasn’t up to leading any more chants. So we just stood there with our signs, in silence. And it was at that precise moment that people began to approach us, read our signs, and ask questions. And although I do believe that there’s a time for chanting, it became apparent that the best time is probably not when you’re trying to create a dialogue, especially in a city like New York where everyone is trained to zone things out. That experience inspired an information table at a vegan food cart I was running outside of the World Trade Center. While people were standing in line, they would peruse the literature. As I would serve them vegan food, they would ask me questions. It was a very positive experience.

These events have shaped my activism in such a way that, now, I seek to be an example to others, and aim to be open and receptive to whomever I’m dealing with. This openness usually leads to productive interactions. Providing people with delicious vegan food usually ends up being the most productive interaction. The pairing of the food cart with the literature table in particular seemed to yield the most fruitful results, which is where Killer Vegan comes in.

OHH: Where did the name “Killer Vegan” come from? 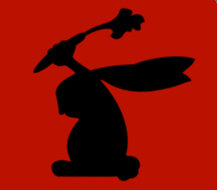 JES: The name came to me about 15 or 16 years ago. Growing up, we often used the word “killer” to mean “excellent” or “awesome,” so it seemed natural to describe my fantasy vegan restaurant as being the “killer” vegan restaurant. Throw in the irony of the word “killer” next to the word “vegan,” tie it into my experience of growing up in Jersey, and The Killer Vegan Diner and Delicatessen just seemed perfect to me.

OHH: What will the Killer Vegan Diner and Delicatessen’s menu be like, and what’s your inspiration behind it?

JES: The menu will consist of Latin, Italian, and American comfort food, with everything being made in-house and from organic, fair-trade whole foods – and, of course, from kindness. The food is inspired by my multicultural heritage.

Another element of the menu that is informed by my childhood is the affordable pricing. I grew up in a family that was on welfare at times, and I had the food stamp experience. While I love a nice upscale vegan restaurant or supper club, to this day I can only afford them on special occasions. I know many more people who can’t afford them at all. I believe in making quality vegan food available to the masses, and the masses just aren’t raking in the dough.

OHH: In addition to serving cruelty-free fare, how do you plan to use Killer Vegan as a platform to influence change? 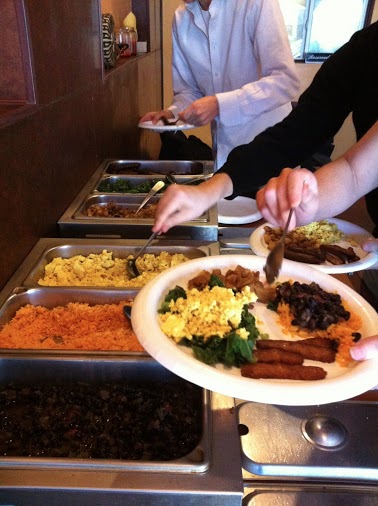 JES: For starters, as I mentioned, I plan on having an accessible menu, price-wise. And without going into detail, the design of the physical space will reflect compassion.

Then there’s our Sundays. Aside from our brunch buffet, Sunday afternoons and evenings will be reserved for film screenings, book signings, lectures, workshops, fundraisers, and the like. My original idea 15 years ago stemmed from wanting to provide an environment that promoted activism. Not just animal rights, but environmental and other social justice issues as well. We also have been – and will continue to be – involved at a community level.

And last but not least, Killer Vegan will be very kid friendly. We will have a weekly lunchtime story hour and a monthly children’s open mic night. I was a vegan nanny for non-vegan families for almost 10 years, and I’m familiar with how important it is to have nurturing terrain for children. And, as cliché as it sounds, Whitney Houston was right – the children are our future. And she was a fellow Jersey girl.

OHH: In closing, could you give us your five best tips for vegans interested in pursuing culinary activism?

Want to know Janelle Elizabeth Soto’s top five animal rights books? This exclusive content is reserved for our darling flock. Join the flock (or sign in!) to read on. As a bonus, flock members will also have the opportunity to win the book Animal Liberation, by Peter Singer.