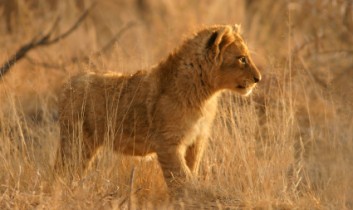 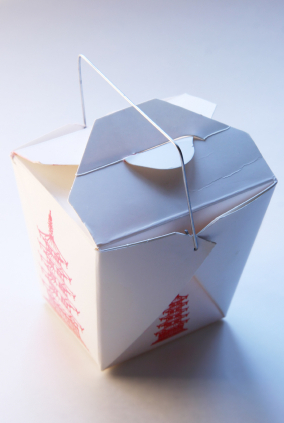 People who love some animals, like their pets, but eat other animals, like chickens, have long been a prime target for opponents of meat eating. Campaigns focused on them have appealed to logic by pointing out the inconsistency here, but most people succumb to cognitive dissonance, which allows them to believe two contradictory things simultaneously (animals are lovable and deserve our care versus animals are here for us to use and eat).

Such people make things easier on themselves by keeping cows, chickens, pigs, and other “food” animals at a distance. You won’t find chickens in a zoo or catch many documentaries on TV about how lovingly they raise their chicks. These animals’ lives (and what their lives would be like if they weren’t locked up in an agribusiness-sponsored horror show) are nearly invisible in our society. The closest we get to seeing them are the befuddling cartoons in commercials and on billboards that depict pigs advising us to eat them.

Lions are different. We see plenty of documentaries about them, and many miserable representatives of the species in zoos. They are more real to us. We know about their family lives (they live in prides, the adult females help each other raise the babies, etc.), squeal over their adorable cubs, and tell stories about the King of the Jungle. We don’t know individual lions personally, but we have a relationship with them as a species, a relationship of wonder, admiration, and affection.

Lately people are developing a new relationship with lions: that of predator and prey. In this case, the lions are not in their usual position at the top of the food chain. It is people who are doing the eating.

Lion burgers are appearing on more menus, like at Dave’s Pizza and Burger in Albany, N.Y. In Florida, there were lion tacos, and in California, lion skewers. 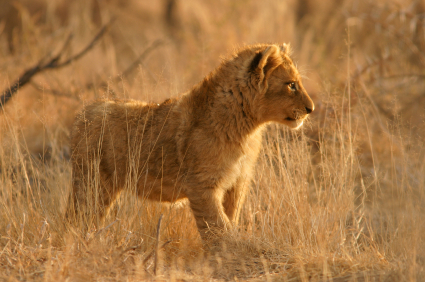 This trend troubles me.

I like the cognitive dissonance narrative because it offers hope that flesh eaters will be made to see reason. Once they recognize the error in their logic and realize that there is nothing at all separating the animals they love from the animals they eat, they will stop eating them. I know that story is not farfetched – it’s what happened to me.

But I don’t believe the same can happen for lion eaters. They have seen the documentaries and been to the zoos. They’ve heard Aesop’s fable about the thorn in the paw. Lions are not invisible to them: the great felines carry stories and symbolism and are clearly related to our pet cats. That means these people are not sheltering behind the blind of cognitive dissonance. They know exactly what they are doing, so I have no hope that they will come to care about the animals they eat.

These are arrogant flesh eaters – true believers in humanity’s superiority over and entitlement to use and destroy every other living being, whether or not their greed causes suffering or leaves behind orphaned cubs or bereaved pride-mates.

And they aren’t even the worst.

There is an even more disturbing new trend, and I am giving you fair warning right now: this is gross.

People are eating live sushi. And I’m not talking about raw oysters. I’m talking about cutting a completely conscious frog in half and eating the skinned legs while the eyes blink up at you and the upper half swims around your plate, trying desperately to escape hell.

Sorry, but I warned you.

The people who eat that stuff aren’t just arrogant. These individuals revel in causing and watching others’ suffering. Isn’t that a symptom of sociopathy? 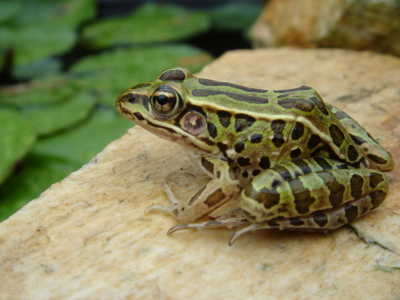 The only excuse I can dream up on their behalf is that they believe frogs don’t suffer. How then do they explain the escape attempts? Maybe they subscribe to Descartes’ belief that animals are just machines, and that desperate struggling is simply a reflexive response to a stimulus. So what if it looks exactly like human suffering? They aren’t human, so there is no comparison.

People holding onto that belief must have an agenda, not only because it is chauvinistic, but also because the evidence is against it, and that evidence has been around for a while. One article from four years ago mentions a study proving that fish feel pain. A three-year-old write-up describes a study showing that hermit crabs feel pain. A carefully constructed breakdown of the criteria for humans feeling pain acknowledges that amphibians (like those frogs!) have all of those criteria. This is yesterday’s news.

Live-frog eaters who don’t even bother with the sham of a belief about not feeling pain have no excuse for their barbaric dinner and don’t feel they need one. They probably just smirk and say, “Raw frog tastes good.” You can’t tell me there is no psychological pathology there.

The best we can do for now is focus our efforts on the cognitively dissonant – the meat eaters who are turned off by the notion of eating a lion’s body and revolted by the idea of eating a live frog. There is still hope that they will see the light and leave behind their evil ways; advocates like Vegan Outreach can get through to some of them. The arrogant lion eaters will be tougher to crack. If you know any, I’d suggest not wasting your time arguing with them – though I would understand if you couldn’t help yourself. It’s hard to let that kind of arrogance lie without trying to dent it.

As for the live-frog eaters, I really must insist that you rein in your impulse to jump them and instead back away slowly, without losing sight, until you’re at a safe distance. There is no reason to believe they will draw the line at amphibians. So get your juicy self far away, and pray for the day that the law will provide for locking them in the can and throwing away the key. People are working on it.