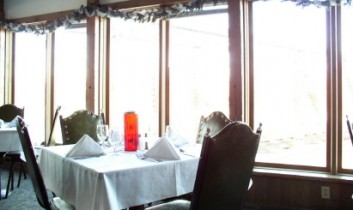 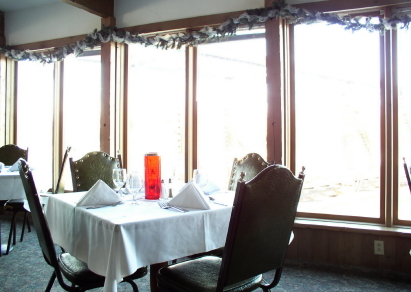 UPDATE: WE HAVE BEEN INFORMED THAT PIG AND PRINCE CANCELLED THE EVENT LAST NIGHT AND THAT IT NEVER ACTUALLY HAPPENED. BUMMER! HERE IS AN UPDATE FROM VEGAN CHEF SALLY OWENS:

Unfortunately my, “Pig-less Princess” dinner at The Pig and Prince has been cancelled this time around. My apologies to all who reserved a spot. Mike Carrino and I will be collaborating in the future to produce a fantastic event so please stay tuned. In the mean time, all Wednesdays are still dedicated to sharing the gourmet vegan food love at Trattoria Rustica. There WILL be a dinner this Wednesday (7/24), I’ll be posting the menu soon.

WE AT OUR HEN HOUSE HOPE THAT THIS EVENT GETS RESCHEDULED, AND WE ALSO CONTINUE TO ENCOURAGE OHH READERS TO PURSUE THIS TYPE OF ADVOCACY.

Yesterday in Montclair, NJ, an extremely “meaty” restaurant (the kind that’s not exactly known for it’s seitan cutlet) — aptly named “Pig and Prince” — hosted a one-night-only five-course vegan feast. In fact, according to NJ.com, Michael Carrino, Pig and Prince’s executive chef and co-owner, who teamed up with vegan chef Sally Owens to put on the event, “plays nice with vegans.” That seems to be evident from the menu, which included a faux cheese platter, foraged mushroom ceviche with chickpea “crab cake” and remoulade, and smoked royal trumpet mushroom barbecue with shiitake bacon and corn bread.

Ah, the virtues of working cooperatively … This reminds me of a similar story, when JL Fields got a meat-centric restaurant in Pennsylvania to host a high-end, 10-course, vegan dining event. How did this dose of vegan magic come to be? In fact, it wasn’t magic at all. JL had found herself eating dinner at a non-vegan restaurant, and got into a really productive and friendly conversation with the vegan-friendly chef. They stayed in touch, and a year later, voila!

Though I don’t know how Pig and Prince’s vegan night out came to be, methinks it likely had to do with Ms. Owens. In my experience, behind every great vegan-meal-at-a-non-vegan-establishment, you’ll find a passionate animal advocate with a twinkle in her (or his) eye.

Have you got that twinkle? If this isn’t inspiration for you, I don’t know what is. I only wish I had been across the Hudson last night, getting my nut cheese on. Come on, vegans. Let’s play nice with the meat-eaters.