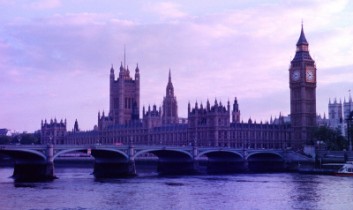 “Do not provoke the lions!” This image was from Hilda Kean’s website.

Since we live in lower Manhattan, passing by walking tours is a common occurrence. Call me a jaded New Yorker, but I admit that, on occasion, I have been known to get mildly irked — especially when carrying a huge amount of groceries — by the large group of tourists spread out on the sidewalk so that nobody can pass. They are usually looking up, as their eager tour guide explains which celebrities have lived on that block; what TV show was shot at that location; or who the ghost is that haunts that apartment building. Other times, however, when I have more time and fewer packages, I try to linger a little, just long enough to learn an important fact that I never knew about my city. As soon as the tour guide glances in my direction though, I am off on my jolly way. No one likes a freeloader. Despite my intrigue, I have never actually signed up for a walking tour. The truth is, I’m just too busy with Our Hen House to bother. Even though I kinda want to.

However, if the walking tour was about animals — the very thread of my existence and my career — I might think twice.

Enter Hilda Kean — historian, educator, and tour guide. Hilda runs what she calls “alternative guided walks around London,” centering around animals. (When she’s not traipsing around London doing that, she is busy devising and teaching courses on animal-human history.) Hilda’s upcoming walking tours of the city look absolutely fascinating, and include:

(You won’t be surprised to learn that companion animals are indeed allowed on these tours. Despite being separated by an ocean, our dog, Rose, is relieved.)

How completely cool is this?! Anyone want to jump on a plane to London with me?

Or, better yet, creating and leading walking tours like these — those which center around animals in history, and other pro-animal causes — might be a perfect project for those with a penchant for history, community organizing, and public speaking. You might even fold in some leafleting time to your tour — why not? (Go from panicked to empowered.) Seeing the world — or even your city — through the lens of animal rights is, as Hilda puts it, “a different way of seeing.”