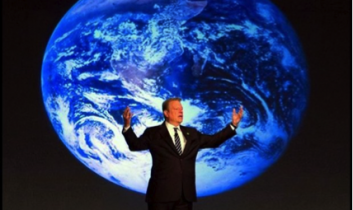 Loren Hart has been promoting awareness about the benefits of plant-based diets and the devastating effects of factory farming since 2007. Now, he and other climate activists trained by Al Gore are teaming up to encourage climate-friendly food choices.

This summer in Chicago, Al Gore trained more than 1,200 activists, including a number of vegans, to give his climate presentation – an updated version of the one seen in An Inconvenient Truth.

This was the 23rd Climate Leader training arranged by the Climate Reality Project, a group Gore founded and chairs. The Climate Reality Project’s goal is to focus on the fundamentals of climate change science in order to empower others to act. Policy solutions are prioritized. Once trained, Climate Leaders go out into their communities and seek speaking engagements at schools, faith communities, businesses, and government forums – educating people about climate change while building networks of passionate and well-informed advocates.

The three-day training featured many other speakers, including the Climate Reality Project’s Maggie Fox and Mario Molina; the National Wildlife Federation’s Larry Schweiger; Jonah Sachs, storytelling specialist and co-creator of The Meatrix; and Kim Wasserman, who helped lead the successful campaign to close down Chicago’s two killer coal plants. David Axelrod, former political advisor to Bill Clinton and Barack Obama, made an appearance, too.

At the 2013 Climate Reality Leadership Corps training in Chicago. Photo by Aiste Manfredini.

As for the trainees, they journeyed to Chicago from all over the country, and all over the world. Among them were medical professionals, clergy, lawyers, entrepreneurs, students, and teachers. To my pleasant surprise, included in that mix was a bunch of vegans. I was one of them.

Things actually started getting exciting several weeks before the training, when all participants were invited to join a Facebook group. It was there that someone mentioned another Facebook group that had been created specifically for the vegan and vegan-leaning folks. Something like 15 people had already joined. I could hardly believe it. I learned later that the group was started by Mai Kuha, a linguistics professor at Ball State University, and a vegan since 1998.

Before discovering this group, I was dreading the possibility that I might be one of only a few vegans at the training, and that we might never meet one another in the huge crowd. But the Facebook group turned out to be a great way of connecting with each other. By the time we arrived in Chicago, the group had doubled in size.

After completing the first day of training, 27 of us gathered at the all-vegetarian Chicago Diner for a dinner organized by race car driver Leilani Munter. It took a bit of effort for our large contingent of out-of-towners to get there, but the food and conversation were well worth it.

The next morning, Compassion Over Killing posted about the Climate Leader training and highlighted the participation of the vegan attendees. The Climate Reality Project shared the post, as did many others. In the midst of this, AARP published a pertinent interview with Bill Clinton about his plant-based diet, in which he said, “I decided to pick the diet that I thought would maximize my chances of long-term survival.” That article was shared among the training participants, too. Suddenly there was a new buzz in the air. 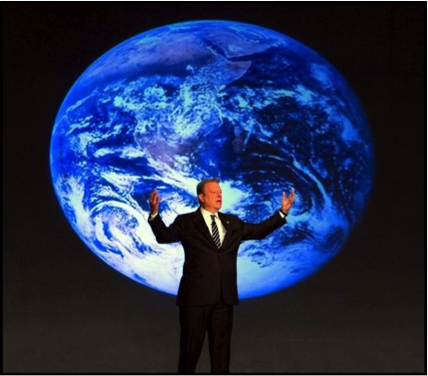 On day two – the same day as Compassion Over Killing’s blog post – we were trained by Al Gore. First, he gave his presentation as if we were any other crowd. Then, over the course of several hours, he explained the slides in greater detail and shared insights into his technique. It was a mesmerizing display of knowledge, emotion, and stamina.

During the Q&A period, someone asked for Gore’s thoughts on genetically modified foods. His spirited reply included a call for a shift to sustainable agriculture and condemnation of many aspects of our industrial food system, including factory farming. The audience responded with some of the loudest, most shoutin’est applause of the whole training.

Throughout those three days, during mealtimes and other breaks, several of us met to discuss what contributions we were best suited to offer to the rest of the Climate Leader team – as vegans.

During our strategy sessions, we were fortunate to have a mother-daughter super-duo to help our vegan group’s efforts. Victoria and Corrina Serda are from Port Elgin, Ontario, a small Lake Huron community where Victoria previously served as municipal councilor and her 17-year-old daughter Corrina is vice-chair of the town’s Parks and Trail Committee. In 2007, Victoria became one of the first Canadian Climate Leaders trained by Al Gore. When Corrina was trained a year later at age 11, she became the youngest Climate Leader. Combined, they have given more than 160 presentations to over 37,000 people. They both serve as official mentors to new trainees. And they are both long-time vegans – Victoria for 27 years, and Corrina since birth.

As veteran Climate Leaders, the Serdas were able to offer invaluable guidance during our vegan group’s brainstorming. Climate Leaders are encouraged to personalize their presentations, and Victoria and Corrina have been addressing the climate impact of our dietary choices ever since they joined.

The efforts of these powerhouse changemakers reminded me of something once said by James McCarthy, the chair of the Union of Concerned Scientists and professor of biological oceanography at Harvard University: “[I]ndividuals cannot solve the problems of a warming planet on their own. And yet it is also true that we can never hope to have success without changing our individual behavior to reduce our emissions of greenhouse gases.”

We figured we needed a name for our team and settled on calling ourselves the Climate Leader Vegan Resource Group. We aim to be a useful resource to our fellow Climate Leaders. For one thing, inspired by the Serdas’ example, our vegan Climate Leader group is creating new slides that will help raise awareness about how our food choices impact the climate. And like the Serdas, we decided to make our slides available to the other Climate Leaders.

In addition, we have offered our services to the staff of the Climate Reality Project. 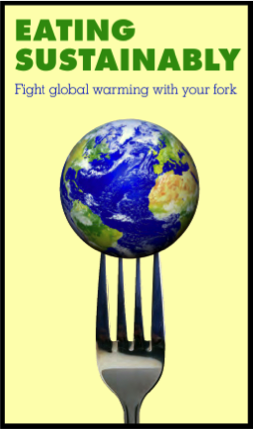 Incidentally, the staff were very considerate in offering plenty of vegan options throughout the training. Knowing that they will be planning menus for future trainings and meetings, we gave them contact information for a dining expert at the Humane Society of the United States. This person regularly works with the kitchen staff at conference centers and restaurants to ensure that excellent vegan options are provided.

Climate activists often hear that reducing our consumption of meat is a highly effective and relatively simple way of decreasing our greenhouse gas emissions. Al Gore has addressed the issue repeatedly, and requests a vegan meal on occasion. Bill McKibben seems to choose vegan options too – at least when he’s dining with the philosopher Peter Singer.

Folks wanting to increase the number of plant-based foods in their diet may need more support than Rajendra Pachauri or James Hansen merely telling them that they should. Providing that support is, in part, what the Climate Leader Vegan Resource Group is hoping to assist with. .

As Kuha, the Ball State professor who created the vegan Facebook group, said during the training, “Sometimes the climate crisis seems so overwhelming that people aren’t sure what to do. One simple step is to learn to cook a plant-based meal you really enjoy. Every time you share it with your family or friends, that helps more than you may realize.” 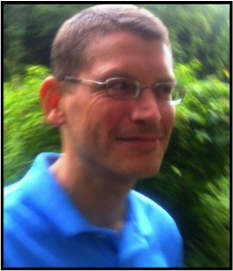 Loren Hart lives in Charlotte, N.C., where he is a Climate Leader and an assistant to adults with developmental disabilities. Vegan Outreach has a whole lot to do with why he’s been vegan since 2005. His eyes were opened to the urgency of the climate crisis in 2006 when he joined his parents at a community screening of An Inconvenient Truth. Some years prior, these same parents named him after the anthropologist, nature writer, and animal protector Loren Eiseley. Loren (Hart) hopes you can find a Climate Reality presentation near you.