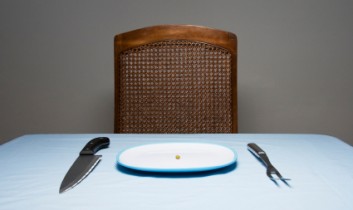 Today’s Thought for Food column is extra special. It is written by animal advocate — and college sophomore — Alessandra Seiter, who is the brilliant voice behind the blog, Farmers Market Vegan. Alessandra shares with us a story about sickness and, ultimately, recovery — by way of veganism. Beneath her article, don’t miss Alessandra’s delectable recipe for The Green Smoothie-Granola Breakfast Bowl. 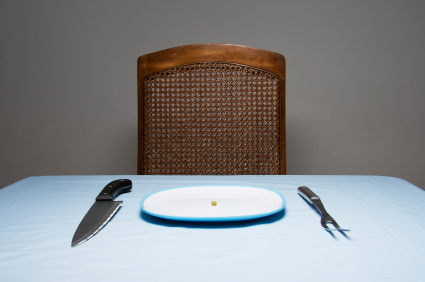 If veganism had not found me, I would not be alive today.

Melodramatic? Perhaps. True? I wholeheartedly believe so. Even if my physical body had endured, my mind and spirit would certainly have collapsed under the weight of self-absorption and self-deception. Only through veganism did I recognize the straightjacket into which these mind-sets had confined me.

In one sense I am talking about an eating disorder, one that could easily have taken my life. But in another sense, I am talking about much more. Long before my eating habits entered the realm of obsessiveness, the anthropocentric, Westernized notion of selfish material gain permeated my childhood. The resulting self-absorption actually pervaded my first foray into vegetarianism, which took place long prior to the emergence of my obsessive eating habits. Knowing that my mother had eschewed red meat since college, and having discovered that two close friends had lived in meat-free households since birth, I began to regard vegetarianism as the diet of the intelligent and informed, and yearned to project this image onto myself. Soon declaring myself a vegetarian, I proclaimed this fact to my fourth-grade class in the most ostentatious manner – by waving my hand in the air, leaping out of my chair, and eagerly anticipating a round of ear-shattering applause (which, much to my disappointment, did not actually ensue).

Because I was exploiting the generally selfless concept of vegetarianism to catapult myself into the center of attention, I remained in a state of cognitive dissonance, decoupling the hamburgers I now rejected for purely self-serving reasons from the exploited cows whose flesh they were made from.

It was five years later that my egocentrism, especially insofar as it related to food, led to the development of a fierce eating disorder. Yearning for my body to match the “perfect” ones of my gymnastics teammates, I unthinkingly participated in a culture that measured beauty by thinness. With my thoughts constantly fixated on calories – both in terms of eating fewer and burning more – my life suddenly lacked joy and passion. All of my consciousness was focused on waiting for my next meal, as these were the only times when I would allow myself to actually partake in the act that saturated my every thought.

In this zombie-like state, I neglected the world around me, contributing to the decline of my social relationships. Would I care to accompany my friends on a springtime stroll? No, that once-desirable activity now interfered with my daily cardio routine or strict mealtimes. Would I like to sample the brownies my friend had baked from scratch? Madness – I would never entertain the slightest consideration of eating something so replete with fatty, refined ingredients. Without so much as a “thank you” to acknowledge the care my friends displayed toward me, I slunk into resentful silence, judging them for eating peanut butter sandwiches, while mentally ensuring that my own lunch of carrot sticks would not make me exceed my daily allotted intake of 1,200 calories. My friends soon learned not to interrupt this silence, and I soon learned that I no longer had the right to call them friends.

About a year and a half into my eating disorder, a classmate introduced me to veganism, which, sadly, I soon manipulated into yet another tool of narcissism. Veganism gave me an unsuspicious reason to reject calorie-dense foods – such as traditionally made baked goods, cream sauces, and ice cream (the vegan versions of which I now regularly enjoy). Like vegetarianism, veganism also gave me a way to define myself, for my personality had all but completely disappeared as food restriction came to encompass the majority of my thoughts and actions. My high school classmates came to refer to me as “the vegan” instead of “the angry skinny girl,” concluding that my unnatural thinness stemmed from the elimination of animal foods from my diet. I hid behind veganism to enable my disordered eating.

This delusion confronted me whenever I glanced in the mirror, called myself a vegan, and felt my stomach turn into knots. It confronted me whenever I justified my veganism with weak excuses like, “because I feel healthier eating this way … oh, and for the animals.” Only semi-aware of the selfishness behind my veganism, I embraced the vegan label without comprehending its ethical significance, just as I had done with vegetarianism.

Throughout my first year of being vegan, everything I chose to read about veganism centered solely on plant-based nutrition. I never sought out the resources that would make me consider the driving force behind my current vegan philosophy: a rejection of the commodification of sentient beings to satisfy humans’ sensory and material pleasures. But, thankfully, that was about to change.

Enter Colleen Patrick-Goudreau’s Vegetarian Food for Thought podcast and, along with it, my introduction to the intense injustices humans perpetrate against our fellow beings. Previously indifferent to anything unrelated to obsessive healthy eating, I now found myself in tears of shock, outrage, and heartbreak. A fierce passion ignited inside of me, a drive forceful enough to expel me from my zombie-like state and to shift my mental focus onto something vastly larger than myself – fighting the dominant, violent ideology of carnism.

Suddenly faced with the urgent yet overlooked issue of animal exploitation, I somehow managed to forget about preventing my thighs from meeting in the middle and not consuming more than 25 grams of fat per day. I realized that directing all of my energy toward adhering to arbitrary, self-imposed rules would contribute absolutely nothing to the movement of compassion for all beings. I disposed of my calorie-tracking charts, replacing them with animal advocacy leaflets. I ceased to Google the most effective ab-toning workouts, and instead launched a blog as an educational resource for my classmates who had never before encountered veganism. I even yearned to gain weight to combat the mainstream notion of vegans as gaunt, frail, and unhealthy.

Though the mainstream misconstrues veganism as restrictive and lacking in nutrients, for me it has been the opposite. In the midst of my eating disorder, I had so many regulations – no peanut butter because it’s susceptible to mold, minute amounts of nominally processed tofu and tempeh because industrial soy causes breast cancer, no maple syrup or agave nectar because even minimally refined sweeteners are the devil’s handiwork, etc. However, after embracing ethical veganism, I reincorporated all of these nourishing foods into my diet. Yes, I still excluded meat, dairy, eggs, and honey from my diet, but not out of fear. Instead, I discovered a sense of empowerment in choosing not to consume animal flesh and secretions. My morality, rather than my shaky body image, now instituted the only unyielding imperative dictating my food choices: nothing that promotes the needless suffering of sentient beings.

It always disheartens me to hear those who are concerned with eating disorders say that they view vegan diets as hindrances to recovery. I know that this can be true – indeed, I myself used veganism to justify my own disordered habits. However, there is another side to that story. I now view the compassionate principles that underlie veganism as profound tools of healing. My veganism and eating disorder recovery both hinged on expanding my consciousness beyond myself, escaping from self-deception, and rejecting society’s dominating patriarchal and capitalistic ideals. There is no question in my mind that, without veganism, I would still suffer from an eating disorder. Thankfully, the animals for whom I now passionately advocate have spared me from such a fate, and it’s only fitting that I spare them in return. To the animals, I owe my life.

Because veganism aided in healing my relationship with food, it allowed me to recover not only mentally, but also physically, by providing my body with the nourishment necessary to reach my healthy weight. The following recipe, which I enjoy every morning, packs a punch of compassionate nutrition without provoking a sense of over-satiation. This calorie-rich breakfast played an essential role in my weight-gaining efforts, and would make a welcome addition to the diet of anyone who seeks to bulk up a bit. 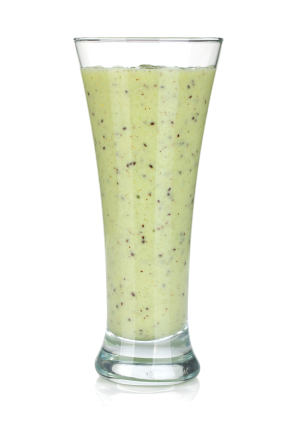 Rethink your green smoothie. Put it in a bowl!

Large handful of kale or other leafy green

Place the first five ingredients into the carafe of a blender and puree until very smooth, stirring if necessary to facilitate blending. Pour into a bowl and top with the granola and nut butter. Enjoy! 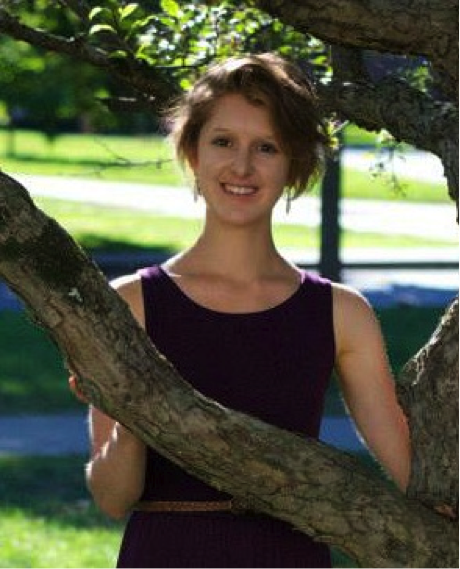