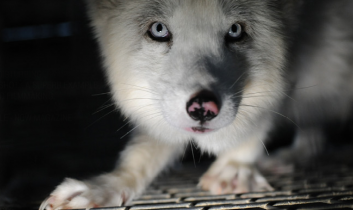 We welcome back to Our Hen House Martin Rowe, sharing his thoughts on the New York Times review of The Ghosts in Our Machine and why we sometimes jump to the wrong conclusions about whatis and isn’t “illegal” when it comes to what we do to animals.

The documentary is being shown in NYC at the Village East on 12th Street and 2nd Avenue in Manhattan from November 8 to November 21, before being shown in Los Angeles for a week starting November 15. The film will be shown in San Francisco and Chicago in December.

When the New York Times reviewedThe Ghosts in Our Machine, a documentary about the use and abuse of animals within the human environment, director Liz Marshall and main character Jo-Anne McArthur were beyond thrilled.

The writer David DeWitt had some kind words about the movie, which charts Canadian photojournalist McArthur’s efforts to bring to public attention the cruelty and exploitation meted out to animals caught in a globalized, mechanized system of production and disassembly. Yet one adjective in Dewitt’s piece stood out to me for what it claimed and what it revealed: illegal – the word he used and the caption-writer repeated to describe a fur farm and the “animal warehouses” she photographs.

I wondered how Dewitt had come to the conclusion that the facilities McArthur was documenting were operating outside of the law. Nothing in the film indicates this to be the case. (The Times later offered a partial correction for the misstatement of fact.) Dewitt calls the film “morality-jarring,” and that shock hints that “illegal” was in some ways a placeholder, a deferment of a stronger emotion than concern that laws weren’t being obeyed.

But let’s explore that notion of illegality. Many of the facilities that confine animals – whether for their skins or their body parts – are featureless sheds built in out-of-the-way places where few will complain about the stench or the noise of so many animals; or ask awkward questions about what’s going behind the walls or wire fences. Not surprisingly, owners of these places don’t want photographers to shoot inside. McArthur’s mission to get her lens into these hidden places therefore often requires subterfuge, camouflage, and trespass. Perhaps Dewitt – after watching McArthur and another activist drive deep into a forest; scale a fence; photograph foxes with open wounds and paws embedded in barren, wire cages; and hurriedly depart just after dawn – picked up on the isolation of the place and covertness of the mission and transferred both to the farm itself, assuming that because it looked so awful it must be illegal.

McArthur’s trespass may be against the law but the practices of these facilities themselves aren’t. People are shocked when they first encounter the seemingly endless matrix of metal, wire, rope, and concrete that billions of animals inhabit for the entirety of their curtailed lives. They can’t believe it’s legal. In fact, it’s standard. In Ghosts, only the beating of a pregnant sow and the multiple burns inflicted on her face from an electric cattle-prod are beyond the bounds of the law. But her being housed in an enclosure, barely able to move and repeatedly impregnated for the few years she’ll live, is not. A further irony suggested by Dewitt’s use of “illegal” is that agribusiness and its supporters in Congress have tried to ensure that any potential unlawful activities taking place in their buildings remain hidden. They’re supporting legislation that would criminalize the photographing or filming of any facility that uses animals.

The non-legality is not the only phantom presented by this remarkable film. One of Ghosts’ narrative arcs is McArthur’s effort to get her photographs into the mainstream. Her own photo agents and an editor at a national news magazine in New York deem many of her images at once compelling and yet also too disturbing for what one of them calls “a PG-13 society.” The film shows how the ghosts are everywhere – on food trucks, in clothing stores, in cosmetics, and coffee shops – and at the same time nowhere (tucked away in the labs, battery cages, fur farms, and slaughterhouses) – visible and invisible, compelling and yet too disturbing to be seen.

As some voices in the documentary make clear, we need enforceable laws to protect animals. But for these laws to come about, we need to see the ghosts in our machine. Once we do, we may be stirred enough to turn our assumption that something is so wrong that it must be illegal into a non-spectral act of legislation. 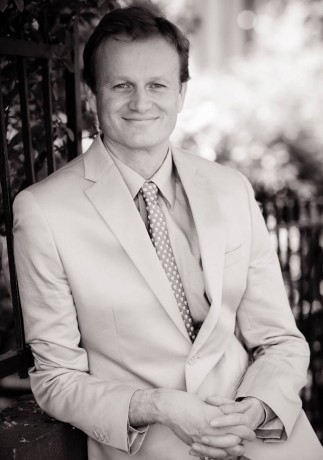 Martin Rowe is the vice-president of Lantern Books, which is publishing Jo-Anne McArthur’s book of photography, We Animals, in December. He is the author of The Polar Bear in the Zoo: A Speculation, which is in part an analysis of McArthur’s work.