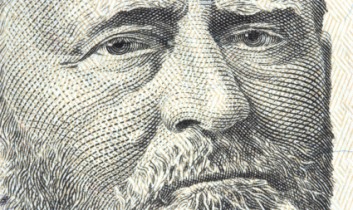 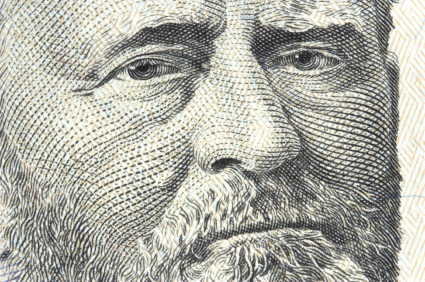 Fool me once, shame on you; fool me twice, shame on me. Buy some butter or a block of cheese, and you are getting fooled twice.

First, the price tags on these products are lies. They would be a whole lot higher if the government hadn’t already paid part of the price before the package even reached a grocery store cooler. Shoppers might not put as many dairy products in their carts if they had to pay the true price when they got to the register.

Second, shoppers in fact do pay the true price; they just don’t know it. Every year the government hands dairy farmers – and the farmers that produce food for dairy cows – money for nothing. Dairy consumers think they’re getting good deals at the register only because they already paid the hidden part of the price in their checks to the IRS.

The government’s subsidies to the dairy industry add up to a lot of money. (Government payouts to agribusiness come in many forms with many different names. I’m using subsidies as shorthand for crop insurance, operating loans, counter-cyclical payments, minimum milk prices, milk income loss contracts, and all the other devices government uses to keep money flowing into the pockets of the animal farming industry.) In 2012 the total was $447,081,952. Between 1995 and 2012 dairy producers raked in $5.3 billion in handouts. And that’s just the federal subsidies; states have their own programs. Plus, the amounts that go directly into dairy farmers’ pockets are dwarfed by the cash dumped on soy and corn producers, who supply the food dairy cows live on. The free money that soy and corn sellers get translates into lower costs for dairy farms when they buy “feed,” which I believe means “food for non-humans not invited to sleep at the foot of the bed.” (You never see ads for sales on “cat feed.”)

These numbers, dry though they can seem, have a lot to do with getting people to eat fewer animal products. One criticism vegan advocates get is that we are snobbish because most people can’t afford to eat the way we do. Fruit and vegetables are considered much more expensive than cheese and other animal products.

It doesn’t seem right that the products of dairy farming should cost less than fruit and vegetables – and it isn’t. Subsidies mask the true costs of exploiting, abusing, and killing cows. The changes in prices over time provide a glimpse behind the mask. Fruit prices rose 46 percent and vegetable prices went up 41 percent over roughly the past three decades, as David Robinson Simon reports in his book Meatonomics (don’t miss the Our Hen House review). But the price of cheddar cheese fell 27 percent. Meanwhile, animal food producers have been getting “more than thirty times the financial aid that fruit and vegetable growers do.” That is one way to make produce that grows right out of the ground, ready to eat, more expensive than cheese, which comes from animals who must be bred, raised, caged, and fed, and whose milk must then be processed to make cheese.

Not that subsidies are the only reason cheese got cheaper. Industrializing animal farms into factories made it more efficient to sell milk. Changes like crowding animals together, keeping them indoors, and mass-administering hormones and antibiotics made it cheaper to get more milk and shifted the costs to the cows and goats, who pay in blood, sweat, and tears, so to speak.

The owners of large factory farms, who already profit from economies of scale and from not giving a damn about their nonhuman victims, get the biggest government handouts. “Two-thirds of U.S. farmers didn’t receive a cent” of the government’s $161 billion in direct payment farm subsidies, Meatonomics reports. Of the money, 90 percent went to 20 percent of the recipients, with the big-time operations pulling in the most. The dairy industry also benefits from the outsized subsidies lavished on producers of soy and corn, two mainstays of dairy cows’ diets.

Ending government subsidies to animal farmers looks appealing from both sides of the political divide, and it would help animals. It would reduce taxes, government spending, and corporate welfare all at once. But it isn’t the magical spell that will end the animals’ nightmare. Without government support, Americans would eat up to five percent less dairy, meat, and eggs, Simon told Our Hen House on podcast episode 203. Five percent less would be nice, but it leaves a lot more work to do.

In the meantime, government subsidies are one answer to people who argue that veganism is elitist. Fruit and vegetables should be affordable for everyone, and they could be. One thing that would help: stop public officials from giving our money to factory farms.