They’re the Ones Who Rescue Us: Q&A with Carole Feeny of Project Blue Collar 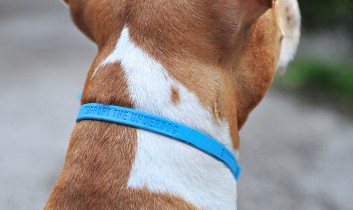 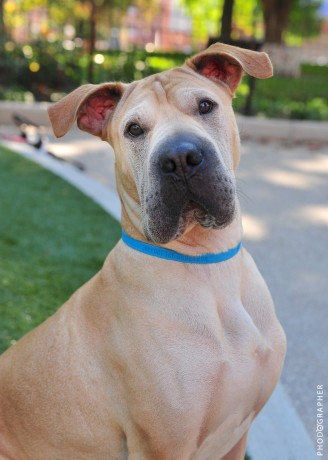 The moment I realized pet stores were not the bastions of delight and fuzzy goodness I thought they were felt just like finding out about Santa (I won’t spoil that news for everyone, but let’s just say it was a major bummer). I was probably 10 or a similar tender age and had just buried my guinea pig Fluffy. I had used my allowance to buy her from the pet store at the mall just two days before. It was a lot to take in. Why did she die so soon? How could the pet store have sick animals? Did the people who worked there know she was sick? If they did, why would they let me take her home?

I’ve learned a lot since then about pet stores, zoos, and circuses – those animal-centric mainstays of childhood that hide their seedy underbelly of suffering. Man. When did the world turn out to be such a killjoy?

I’m honestly surprised that pet stores still exist. Well, the cynical curmudgeon inside knows to smack the surprise right out of me with one clear retort: Money talks. According to the U.S. Bureau of Labor Statistics, in 2011, Americans spent approximately $61.4 billion (billion, folks, with a b) on their pets. Of course pet stores still exist. Who wouldn’t want to get in on that action and take home a piece of that profit pie? 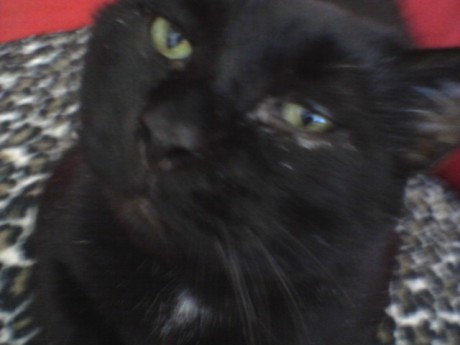 Money might make the world go round, but we just cannot ignore the many wonderful animals who are waiting in shelters for loving families. My partner and I scooped up Bear, our big cuddly lug of a cat, from a local shelter. He had been dumped on the porch (and was later returned after being adopted by a different family!), but I really think he rescued us, not the other way around. We have been amazed to watch him transform from a shy, scrappy guy to a total mush-ball attention hog. Bear’s story is just one of so many others.

For some people, the idea of adopting instead of buying is unfamiliar or even unknown. We need to keep getting the message out there and crush those stereotypes about shelter animals. Hard-working animal advocates like Carole Feeny are doing just that, changing hearts and minds every day. She started Project Blue Collar (PBC), which is committed to raising awareness about the importance of adoption and giving back to rescue organizations by producing merchandise touting the virtues and charm of rescue dogs, including an iconic blue collar that instantly and proudly identifies any dog as a “rescue,” and by allowing shelters and rescue organizations to earn a percentage of the profits from the merchandise that PBC sells. I had the chance to ask Feeny about her work with PBC, and I have to tell you, she inspired the cynical curmudgeon in me – no small feat!

Cassandra Greenwald for Our Hen House (OHH): Can you tell us what drove you to start PBC?

Carole Feeny (CF): As a born animal lover, I was always stopping people with dogs to give a quick hello. I was amazed at how people who have adopted a dog wanted to share their story. They are so proud of the life they saved.

But I was equally amazed by how many others commented, “Really, that dog is a rescue?” What made people think that rescue dogs were less valuable? 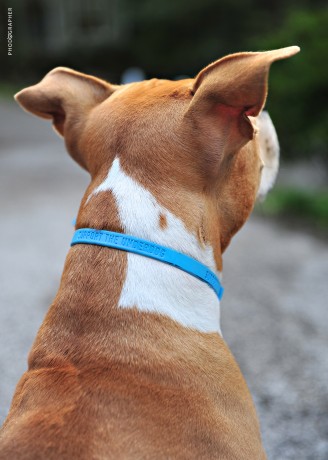 Perhaps it’s the pervasive public message that they are damaged in some way. Take the Sarah McLachlan commercials, for example. Although successful at raising funds, these marketing campaigns portray rescued animals at their worst, leaving the public believing that they are damaged, sick, and basically not adoptable … I wanted to show the world that these awesome dogs were rescued and full of possibility. One day it hit me – take the already known cause-wristband craze and transfer it to rescue dogs! So PBC was born … The Support the Underdog(R) Blue Collar is a way to give dogs a voice. … After all, rescue dogs are better marketers of their cause than we are.

PBC aims to change the perception of rescue dogs. … Our goals remain focused on encouraging people to adopt and generating funds for rescue organizations. Ultimately, we want to make the color blue synonymous with rescue and see our country become a no-kill nation. Blue is the color of loyalty and courage – two of the things we love most about our dogs, and those who rescue them …

OHH: Can you tell our readers how they can use the progress and gains you’ve achieved with Project Blue Collar and apply the model of your success to their own activism? 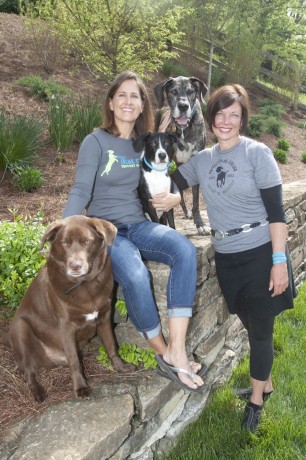 From left to right: Buster, Kristin, Maggie, Vega, and Carole

CF: Animal rescue is a very fragmented sector. There are tens of thousands of grassroots rescues with their noses to the ground saving lives. … But there is no unifying entity for all of these wonderful organizations. PBC is striving to be that unifier. We don’t want to distract them from their passionate focus on saving lives. … We’ve dedicated a lot of time seeding the PBC movement through social media and word-of-mouth marketing. … We decided from the start to be a for-profit company for one reason: To grow the resource pie for animal rescue groups and support their lifesaving work. … After all, why compete for funds with the very groups we want to support? We want to create more money for them. Our Rescue Partner Network provides our partners with an opportunity to earn between 10 and 20 percent of sales of merchandise sold online and 40 percent of merchandise sold via retail. Additional benefits include a listing on the PBC partner page and shopping cart, marketing support, and access to PBC’s social media reach (over 20,000 Facebook fans). The Rescue Partner Network program does more than generate revenue. It creates advocates in their community – and helps build the PBC movement on a global scale.

OHH: What a great way to use profits for good instead of evil. I hope other animal advocates can learn and benefit from this model. Maybe you can shed some more positive light for us. The statistics on homeless dogs are staggering – and depressing. What gives you hope?

CF: Believe it or not, the statistics are improving. … People are realizing that there are alternatives to killing. That’s why the timing is perfect for PBC. With more education and inspirational stories being shared, we can shift the paradigm for rescue dogs – together. … It is already cool to adopt – but we just need more people to be aware of that fact. Once we do, we truly believe we will see this nation be no-kill during our lifetime.