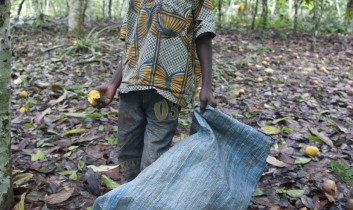 With Valentine’s Day coming up, everyone (including vegans) should think twice about whether their chocolate is sourced in a way that comports with their ethics. Today, lauren Ornelas, founder and director of the all-volunteer Food Empowerment Project, explains the dark side of chocolate — and offers a solution that any of us could feel good about biting into. 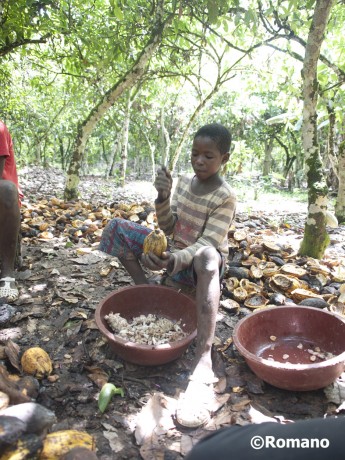 I remember the first time I learned about the horrors happening in West Africa just so we can eat chocolate.

I was watching a program on slavery and I was not prepared to hear a child – a former slave – say, “When people eat chocolate, they are eating my flesh.”

Instantly, I felt the same pain, outrage, and helplessness as I had when I’d first seen videos of animal exploitation – and, just like then, I felt the urge to do something. I thought, “I imagine that is exactly what a non-human animal would say.”

I decided then and there to stop eating chocolate.

This added a whole new level to how annoying I felt others found me when I dined out with friends. Do you know what it is like being the vegan in the group who explains why you won’t eat a piece of cake because of the eggs? Have you ever been the person in the conversation to pop everyone’s bubble, detailing how carriage horses are not romantic, but hideously cruel? Yeah – it can make you feel like the downer in the group.

Why is it that being compassionate is considered something negative? Isn’t one of our bottom lines to embolden people to be more caring? Now that I’ve uncovered the truth behind chocolate production, even some of my vegan friends were sighing that sigh when I proclaimed that I wouldn’t eat the chocolate dessert at a vegan restaurant.

But during these times, as stressful as it is to be perceived as self-righteous, I also have the satisfaction of not compromising what I believe in. Sound familiar? You know, even if some others may not, that it’s not about maintaining a sense of personal purity, but about staying true to yourself and your values, and not participating in the suffering of others.

When I started becoming conscious about chocolate, and voicing what I had found out, there were so many parallels to how people who eat animals react when we talk about veganism. In fact, I hear many of the exact same excuses and “jokes.” They range from the truly horrifying, “Oh, I am eating chocolate that has the suffering of children in it – the suffering makes it taste better,” to the classic, “It would just be too hard because I really love chocolate and it’s my only vice,” and, of course, “Well, it has a certification label on it,” generally voiced by a well-intentioned person who really doesn’t know what that label means, and, crucially, what it doesn’t mean.

Fundamentally, people don’t want to give up chocolate. Period. But for millions of children in West Africa, the cacao they pick does not bring them joy, and for many, it has taken them away from their families.

So what is going on? A majority of the chocolate in the U.S. comes from West African countries – in fact, more than 70 percent of all cacao worldwide. And what happens there is even harder, and more dangerous, to document than what is happening on factory farms in the U.S. Indeed, one journalist who ventured into West Africa to investigate the chocolate industry has been missing for several years.

However, in spite of these dangers, thanks to some incredible journalists, we do have some insight into the dark side of chocolate – and it’s not a pretty picture.

Cocoa in West Africa is a commodity crop and is grown mainly for export. Unfortunately, corporations do not pay cocoa farmers just prices for their beans, and many resort to employing the worst forms of child labor, including slavery.

Many of the countries near the Ivory Coast and Ghana are incredibly poor, and people – even young children – struggle to find work to help support their families. Naturally, this includes work on the cacao farms, as cacao is one of the major export crops in the area. The children can get to the farms in a variety of ways: some are “sold” by family members; some are actually kidnapped from neighboring countries; and others, believing they will be paid for work, go on their own, often never to see their families again.

Children between 12 and 16 years old have regularly been documented working on cocoa plantations, though some as young as seven have been found.

Although there are laws prohibiting children from working with hazardous equipment, such as machetes, these laws are poorly enforced, and many children are found with scars on their bodies from using such dangerous tools. They are also exposed to hazardous chemicals while they work. 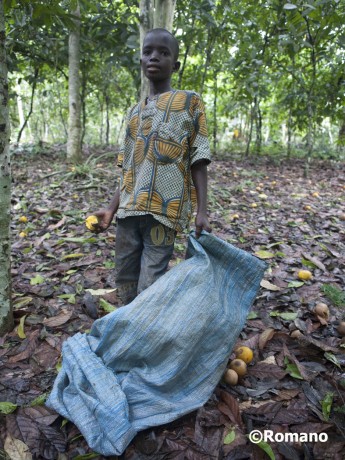 The fact is that many of the children who toil on cocoa farms are slaves. Some are even locked in overnight. Many are trafficked, and if they work slowly or try to leave, they risk being beaten or killed. These practices are not uncommon, nor are they exceptions to the norm. According to a 2011 report by Tulane University, approximately 1.8 million children in the Ivory Coast and Ghana are the victims of the worst forms of child labor.

All so that we can have our chocolate.

Ethical vegans have made a choice to do their best not to contribute to the suffering of non-human animals. I would suggest that there is no reason to exclude human animals from that commitment, and that means finding out about – and doing something about – the children who are trapped in the chocolate trade.

Many people find their way out of this conundrum by only buying chocolate that is labeled with a particular certification. Unfortunately, that’s just not enough. Children have been found working in fields, even fields that have been certified, in a country that is not their own.

Fortunately, none of this means that you have to give up chocolate! In fact, with a little research, it’s easy to find ethically-sourced chocolate, and one of the things Food Empowerment Project is committed to is doing that research for you, and helping you feed your chocolate passion in a way that makes you truly happy – without any reason for guilt. F.E.P. has created a list of companies that make vegan chocolates, specifying which ones we do and do not recommend. The list is even available in an app form (for those with an iPhone or Android).

Unlike many certifications, we do not recommend any chocolate sourced from West Africa (with a few exceptions, such as those that use worker-owned cooperatives).

In fact, all we are asking companies to provide us is the country of origin for the chocolate used in their products – not the name of the supplier, or even the city. A US Department of Labor report lists six countries where forced and child labor can be found in the cocoa industry and five are in West Africa (the other is in nearby Cameroon). Now, this doesn’t mean that there are no problems anywhere else, but clearly this is an area where it is the most prevalent, and if you don’t want to contribute to it, you can easily avoid it.

There’s no justification for eating chocolate produced by suffering (human or non-human), but if you are going to eat vegan chocolate, please make sure you’re only consuming chocolate that does not come from a country known for the worst forms of child labor.

For those of us who believe in the fight for justice, and empathize with the suffering of others, every time we learn of a new injustice, it means there is a new pain in our heart. Sometimes, all the sources of injustice seem so endless and impossible to keep track of that there is a temptation to simply throw up our hands and give in to buying whatever is in front of us. But, at least as far as chocolate goes, the solution is really not that hard. I hope that you will see this as an opportunity to help create positive change and actually make your heart grow. 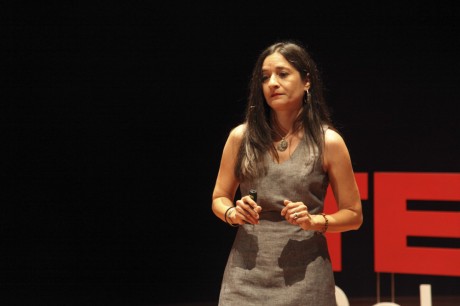 lauren Ornelas is the founder and director of the all-volunteer Food Empowerment Project (F.E.P.), a vegan food justice nonprofit. F.E.P. works in solidarity with farm workers, focuses on access to healthy foods in communities of color and low-income communities, and works on the issue of slavery in the chocolate industry. When she was head of Viva!USA, lauren investigated factory farms and ran consumer campaigns with activists across the country. Watch her TEDx talk on The Power of Our Food Choices.