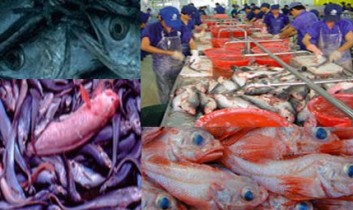 Why don’t more people, including animal advocates, speak up for fish? That was one of the questions that prompted longtime activist Mary Finelli to start Fish Feel, an organization dedicated to ending the myths surrounding these sentient creatures, shedding light on their oppression, and encouraging others to take action to create a world free of suffering for all animals – including fish! I was thrilled when Mary agreed to share a bit about her personal story, including why she shifted her activism to focus on fish, and to tell us more about this new, unique organization – whose time, most certainly, has come. 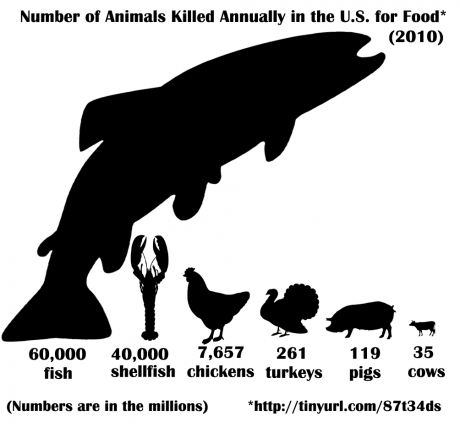 Regarding my childhood, suffice to say that were I not working to help non-human animals, I’d instead be working against domestic abuse. However, domestic abuse is acknowledged to be wrong, at least in general, in this and most countries. Many forms of it are illegal, and many individuals, agencies and organizations confront it. In contrast, most non-human animal exploitation is publicly accepted, supported, and celebrated worldwide. Since non-human animals constitute the largest number of harmfully exploited sentient beings, with the worst abuses inflicted on them and the least protection or ability to defend themselves, advocating on their behalf was, for me, the logical way to do the most good. How best to go about it, however, was a much more challenging matter.

Ecstatic to learn of the animal rights movement, in the mid-1980s, I moved to the Washington, D.C. metro area, where the main organizations seemed to be headquartered. I submerged myself in activism, and it quickly became apparent that since farmed animals had the greatest need, advocating for them best fit my criteria for maximizing my impact. As Henry Spira admonished, the efforts, and successes, of the animal rights movement to date had been nothing more than “a drop in the bucket” since farmed animals constituted such a large segment of exploited beings but their plight was largely going unaddressed.

Having always been interested in biology, I returned to college and earned a degree in animal science. For most of the 1990s, I worked in the Farm Animal department of the Humane Society of the United States, and for much of the 2000s, I produced Farmed Animal Watch, an online news digest. 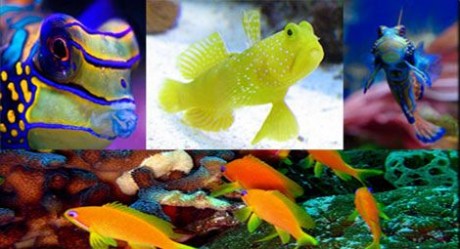 On a personal front, I finally realized some success in my decades-long attempt to get my siblings and their families to go vegan. However, one particular section of my family who had adopted a more animal-friendly diet subsequently resumed consuming fish and fish oil. It caused me to begin thinking more about the resistance, even among people who care about animals, to having concern for fish.

Since becoming vegetarian at age 15, I’d had the typical peeve about people who ate fish yet referred to themselves as “vegetarian,” but the fact was that I was myself largely guilty of ignoring the plight of fish. And I was certainly not alone. While conducting research for Farmed Animal Watch, I encountered countless articles about massive fish exploitation and killing. Yet there seemed to be little attention paid to it within animal advocacy. The number of animals killed for human food is often cited without even including the number of aquatic animals, despite it being vastly greater.

Although specific fish figures are difficult to determine, it’s been calculated that between one and three trillion fish are hauled from the waters each year for use as human food. What’s more, this staggering number does not include the immense number of fish (or other aquatic animals) who are unintentionally caught and discarded; are caught illegally; escape but die as a result of capture; are used as farmed animal feed but not recorded; are caught noncommercially; or are among the billions raised in fish farms.

Beyond food, billions of fish are also exploited annually for the aquarium trade and, increasingly, millions of fish are used for harmful experimentation. Furthermore, the abuses that fish are subjected to are among the worst that are inflicted on any animals. Clearly, the animal protection community cannot continue to ignore these animals and live up to its name.

Starting an organization is a daunting undertaking, which I initially resisted. However, seeing fish continually ignored and even spoken of in exploitative terms by some animal advocates, I felt compelled to champion them. Almost everyone I mentioned it to agreed that an organization such as Fish Feel was much needed, further strengthening my resolve.

I have no special affinity for fish. My interest in them stems from my concern for all sentient beings and my passion against unfairness. One needn’t love or even care to associate with certain others – be they homeless people, criminals, children, whomever – to want them to be treated fairly. I am, however, continually learning how amazing, personable, and admirable fish are.

Did you know, for example, that fish range in size from the less-than-one-half-inch minnow to the nearly 60-foot-long, herbivorous whale shark? Some fish can live for more than a century. There are fish who can see infrared light, others absorb light and emit it in neon colors, while others can actually generate their own light. Fish are also able to track time of day, even without being able to see the sky. Different species cooperate with each other, often for mutual benefit. Working as a team, groupers use body gestures to invite eels or wrasses to search for food with them and to indicate where prey is hiding. The ability to study fish in their natural habitats is relatively recent, and remarkable discoveries are continually being made. 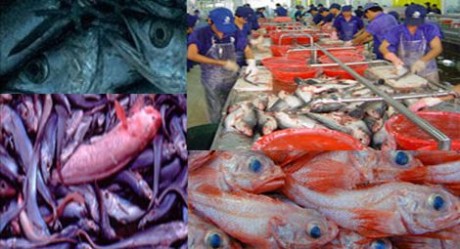 Tragic as it is that the interests of fish have been ignored for so long, I believe this  is an opportune time to advocate for them. Public sensibilities toward non-human animals have favorably progressed. Precedent for a shift in attitudes toward previously disdained species certainly exists. Chickens, despite their huge numbers and exploitation, were also largely ignored until not so long ago, due to what could be seen as a pro-mammal bias both within and outside of the animal protection community. They have now largely taken center stage. Karen Davis, founder of United Poultry Concerns, who championed the rights of chickens long before many others did, has been a mentor to me, and UPC serves as an inspiration for Fish Feel.

Additionally, science has turned to fish sentience in the past decade or so. Remarkable qualities and abilities have been realized, and a considerable amount has been published on the subject of fish sentience. This includes fishes’ ability to be taught skills, and to relay accumulated knowledge, including from one generation to the next (i.e., culture). Fish have been filmed using rocks as tools to try to break open shells. Migratory fish  remember their way home, often after years, and from thousands of miles away. Some are very attentive parents, including species in which the male primarily cares for the young.  Happily, a book about the “inner lives” of fish is currently being written by Dr. Jonathan Balcombe, which should shed far more light on these extraordinary animals.

Fish desperately need all of the help we can give them. First and foremost, if you haven’t already, stop consuming them! But we need to do more. I implore everyone to consider fish and include their interests in your activism, and to urge animal protection organizations to increase their advocacy for fish. With all the wondrous things known about fish and the harm caused by their exploitation, the question is no longer why fish? It’s why not fish? 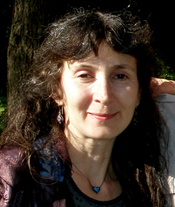 Mary Finelli is president and founder of Fish Feel. She is a long-time animal rights activist with a B.S. in Animal Science. Mary has worked for various animal protection organizations and produced Farmed Animal Watch, a weekly on-line news digest. She has assisted with research for several books, and co-wrote a chapter (with Jim Mason) in In Defense of Animals: The Second Wave. Follow Fish Feel on Facebook.