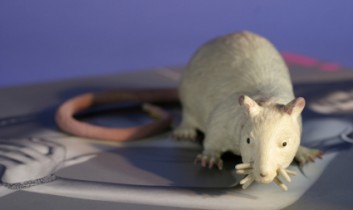 Today we welcome writer Jon Hochschartner to Our Hen House. Jon will discuss why, among other things, “the fight against speciesism and those against racism, sexism, and classism, among others, are connected.”
*** 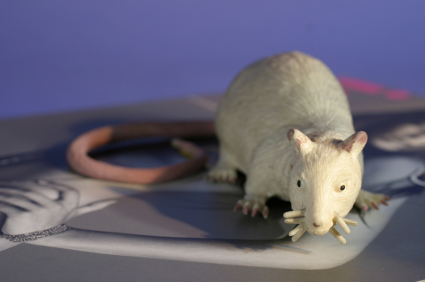 Throughout history, when one human group exploits or oppresses another, the dominant group invariably justifies its actions by likening the subordinate group to animals. This isn’t a coincidence, and it’s long past time for those who consider themselves to be progressives, but remain indifferent to the plight of animals, to realize it.

By successfully linking subordinate groups to animals in the popular imagination, dominant groups are able to justify their position by tapping into society’s widespread speciesism, which views the exploitation or oppression of animals as legitimate. In this way, the fight against speciesism and those against racism, sexism, and classism, among others, are connected.

In “The Eternal Jew,” a racist, 1940 Nazi propaganda film, Jews are explicitly compared to rats, a species upon which humans place particularly little value. “Where rats appear, they bring ruin by destroying mankind’s goods and foodstuffs,” the narrator intones. “In this way, they spread disease, plague, leprosy, typhoid fever, cholera, dysentery, and so on. They are cunning, cowardly and cruel and are found mostly in large packs. Among the animals, they represent the rudiment of an insidious, underground destruction – just like the Jews among human beings.”

In 2013, a white 911 operator in Texas compared African Americans to animals on social media. “Call after call are black people fighting and screaming and hitting each other and they want to yell at me and treat me like shit,” the operator wrote. “Black people are outrageous! They are more like animals.”

The writer Samuel Johnson, who died in 1784, reportedly compared women’s participation in public life to animals unnaturally mimicking human behavior.” A woman’s preaching is like a dog’s walking on his hind legs,” Johnson said. “It is not done well; but you are surprised to find it done at all.”

Arguing in favor of forcing women to carry pregnancies to term after 20 weeks, in 2012, a Georgia state representative implicitly compared women to livestock. “I’ve had the experience of delivering calves, dead and alive – delivering pigs, dead and alive,” the male lawmaker said. “It breaks our hearts to see those animals not make it.”

In “The Principles of Scientific Management,” an influential 1911 monograph by Frederick Winslow Taylor in which the techniques of modern capitalist exploitation are outlined, Taylor repeatedly compares human workers to domesticated animals. “Now one of the very first requirements for a man who is fit to handle pig iron as a regular occupation is that he shall be so stupid and so phlegmatic that he more nearly resembles in his mental make-up the ox than any other type,” Taylor writes. “The man who is mentally alert and intelligent is for this very reason entirely unsuited to what would, for him, be the grinding monotony of work of this character.” 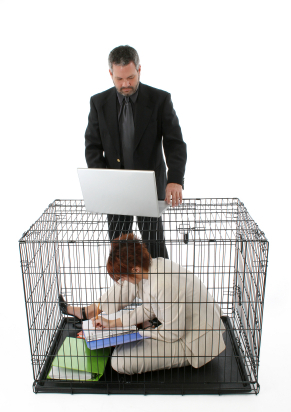 More recently, in 2012, Terry Gou, the chair of Hon Hai – parent company of the world’s largest contract electronics manufacturer, Foxconn – compared his workforce to animals and suggested he could learn management techniques from the director of the Taipei Zoo. “Hon Hai has a workforce of over one million worldwide and as human beings are also animals, to manage one million animals gives me a headache,” Gou said.

As these examples show, the struggles for human liberation and animal liberation are linked, if only because dominant human groups employ speciesism to justify the exploitation or oppression of subordinate human groups that society deems “animal-like.” Thus, by bettering the conditions of animals, we remove one important psychological bar to bettering the conditions of humans.

This should hold true when it comes to the relation between the treatment of animals and the treatment of humans. As expectations rise for what constitutes fair treatment for animals – the supposed lowest of the low – expectations for what constitutes fair treatment for humans will also rise. In contrast, the dehumanization of human groups is made possible by the low status of animals. The sooner the anthropocentric left recognizes this, the better.

Jon Hochschartner is a freelance writer from upstate New York. Visit his website at JonHochschartner.com.