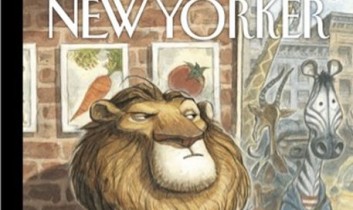 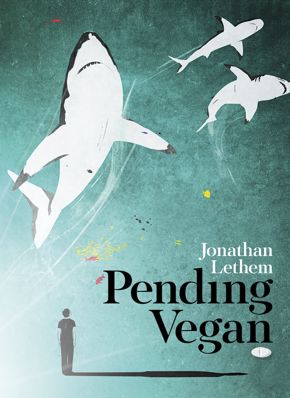 I picked up this week’s edition of The New Yorker and was excited to see Jonathan Lethem’s short story called “Pending Vegan.” The magazine’s readers, from what I know, are a pretty savvy bunch. And believing that The New Yorker’s fictional pieces are a reflection of this demographic, I was more than a little curious to see what the story might say about their awareness of veganism.

It is the story of a man named Paul, who takes his wife and two young children to SeaWorld. Actually, he is taken to SeaWorld, having lost his bid to veto the trip. He’s read about human-caused environmental degradation as well as a few polemics on the cruelty of factory farms and slaughterhouses, and as a result, he has secretly renamed himself “Pending Vegan.” His awareness of how we routinely mistreat animals has created an inner turmoil.

A knowledge had been born inside him, the development of which only inertia and embarrassment and conformity could slow. Fortunately or unfortunately, Pending Vegan was rich in these delaying properties.

Paul sees what is really going on at SeaWorld, and he is disturbed by the bizarre dissonance as beautiful, wild animals are paraded around in the tightly-choreographed, pop-music’d theme park. Everywhere he looks are souvenir shops selling cutesie stuffed versions of the animals that have been captured, broken, and caged in the most unnatural ways. And yet, at lunchtime he buys giant, grilled turkey legs – because it’s easy and convenient.

The character apparently mirrors the author’s own sense of unease about his relationship with animals. Lethem says in a blog interview about his short story: “What would it be to think you’ve gone about halfway, or not even halfway, down some irreversible ethical path, then got stuck there?”

For many of us vegans and animal advocates, the very question is frustrating. Once the knowledge about institutionalized cruelty to animals is “born,” the ethical path seems almost unavoidable. But if you’re looking to Paul, aka Pending Vegan, to do anything other than remain mired in his guilty ambivalence, the story will disappoint.

Nonetheless, The New Yorker is an important mainstream magazine, and I’m glad that it has published a piece by a terrific, American author about veganism and animal suffering. And I take heart in the belief that the story may reflect our society’s  embrace of veganism as “pending.” My dictionary defines the word as “about to take place” or “while in the process of.” For now, I’ll take that as a step forward.