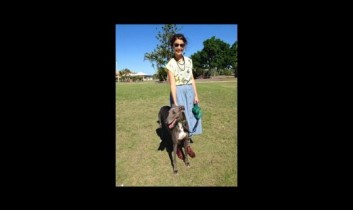 Today, we are thrilled to introduce to you Jordan Sosnowski – a powerful activist in the field of animal law and the Advocacy Director of Australia for Dolphins. In sharing her own inspiring story of how she achieved her dream job, Jordan offers some thoughtful ruminations on when it’s best to take an objective stance regarding a situation, and when it’s best to let your heart guide you. This is some important stuff for all activists to think about, folks. 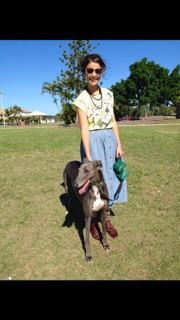 When I was broke, unemployed, and in my second year of law school, it was during a particularly difficult contract law exam that I just about lost it.

“What does this have to do with helping animals?” I asked, “Who cares that this made up person’s contract needs to be enforced? How is this ever going to get me the job I want?”

I’m sure that everyone, at some point in their lives, has experienced times of questioning, when their head and heart decide to mutiny against all of their better judgment. Now, let’s be honest here – the heart can lead us rather astray. Sometimes, this is a good thing. BUT (and this is a big “but,” hence the capitals), if I had listened to my heart on the day that I took that law exam, I wouldn’t have made it through law school, I wouldn’t have my dream job, and I certainly wouldn’t be writing this right now.

This is not to say that I didn’t have a pretty good head start on all of these accomplishments. I grew up in a pretty idyllic part of the world. My parents had a worm farm, and were two of the first people in Australia to promote worms for compost and gardening, as opposed to fishing. I began to think of food and animals as separate concepts from a pretty early age. When I announced at age 13 that I wanted to be vegetarian, my Mum very nicely obliged and cooked me wonderful meals. My parents decided that they wanted to give my sister and me a better education, and thus moved our family into the city. My first job was working in a hair salon, massaging scalps and sweeping up freshly cut hair. The shop was positioned inside a train station, and I would watch businesspeople in their suits, hurrying from one place to the next. I wished that one day I, too, would have a job to which I would hurriedly want to get.

I eventually decided to get an Arts Degree, mainly because I wasn’t sure what I wanted to “be.” Through studying philosophy, I came to learn of Peter Singer’s notion of speciesism – a bias or prejudice towards members of our own species, and against members of other species. What puzzled me the most was how my fellow students could completely understand Singer’s arguments about speciesism and equal consideration of interests – even argue vehemently for them – then buy a chicken kabob during our class break. I don’t know if you could call this “following their hearts,” but they certainly weren’t using their heads.

I loved learning philosophical arguments like those of Singer, but I wanted to find some way to put these ideas into practice. What I ended up realizing was that the legal system directly involves philosophy. As a society, we agree on a type of morality that we think should be the standard – i.e. we don’t think that killing or abusing people is a good thing, so laws are enacted that reflect this ideal. However, the law is flexible – it changes to reflect a society’s ethics. When it dawned on me that we could effectively change the world through the legal system, I decided to use my head, and enroll in law school. If I’d listened to my heart, I would have probably walked out of that contract law exam, but the idea of becoming an advocate for animals and being in a position to effect real change got me through it.

While it is certainly savvy to listen to your heart in some matters, being objective can definitely have its benefits. Listening to my head enabled me to map out my “dream career” path, think objectively about where I wanted to be in the future, and then systematically work toward my goals. This path is not necessarily romantic, and certainly not for everyone, but if you really want to work in the field of animal law, I would recommend taking such a path. I recently got my dream job: working for Australia for Dolphins, an organization that works to end the practice of dolphin hunting. We have just launched a campaign, Action for Angel, which asks for the baby albino dolphin “Angel” to be released from her tiny pool at the Taiji Whale Museum. The amount of people that have donated to help fund our legal case and sign our petition has been truly overwhelming. In fact, it makes me think that in some matters, listening to your heart may not be so bad after all. 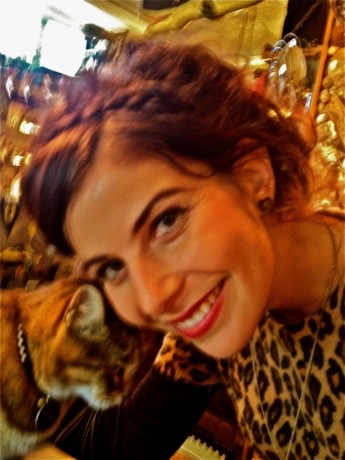 Jordan Sosnowski is the Advocacy Director of Australia for Dolphins, an organization working to end the practice of dolphin hunting globally. Jordan graduated from Monash University with a Master of Laws, Juris Doctor. She was awarded a Bachelor of Arts from the University of Queensland, majoring in Philosophy and English Literature. She was admitted to the New South Wales Roll of Lawyers in 2013. Jordan is also an Associate Fellow at the Oxford Centre for Animal Ethics and is currently undertaking her PhD in Animal Law at the Australian National University. Jordan has been involved with organizations such as PETA, the Environmental Defender’s Office as well as the Animal Legal & Historical Centre.