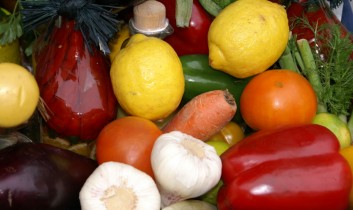 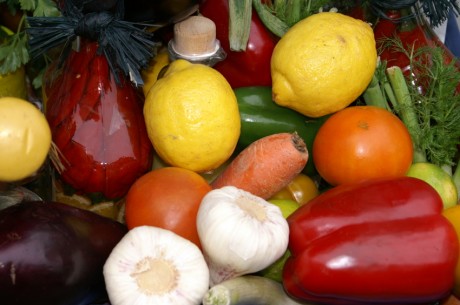 Don’t bring your Oreos near me anytime soon, unless you can figure out a way to put them through my juicer. I’m doing a juice diet – as in, drinking only fresh juice from vegetables and fruit. No solid food. I don’t know if the claims are true that juicing cleanses or detoxifies or cures cancer. I do know that the juicing industry is an opportunity largely missed by animal advocates and others promoting a vegan diet.

Juicing itself is an entirely plant-based affair that at times nears vegetable idolatry. The juicing plan that I’m following is from Joe Cross, maker and subject of the documentary Fat, Sick, and Nearly Dead. After a transition period, the diet – which he calls a “Reboot” – consists exclusively of fresh fruit and vegetable juice with some herbs and spices thrown in. Rebooters choose how long they want to drag out the plan. I’m aiming for Day 15. (I already knew that I was crazy because I live in New York City, but this confirms the hell out of it.)

Participants are a self-selected group who are not afraid of eating (drinking) plants exclusively, but by and large when they aren’t juicing, they are far from vegan. The pre-Reboot plan requires them to transition off of animal products, and there are guidelines for when it is safe to eat them again after the Reboot.

In Cross’s book, Reboot with Joe Juice Diet: Lose Weight, Get Healthy, and Feel Amazing, he instructs would-be Rebooters to “eliminate fast food and processed meats, such as bacon, ham, and salami” before they start juicing. A separate instruction requires transitioning off of “animal proteins,” and a third calls for “transition[ing] off of dairy” by first switching “from cows’ milk cheese to goats’ milk cheese.” Only after this step do Rebooters take the drastic action of not stealing milk from babies (cow and goat babies, in this case).

During the Reboot itself, participants’ diets are vegan. Animal products are off-limits. By the time the Reboot starts, the health-conscious juicers have already cut out meat, dairy, and eggs. They then spend three or more days subsisting on liquid pressed from raw produce.

This would be a perfect time to introduce the idea of continuing to eat only plants after the Reboot ends, but juice-pushers aren’t doing it. Cross instead grants permission to “reintroduce recommended animal proteins gradually,” over a period of weeks, beginning one week after participants finish the Reboot. Plant-based proteins, in contrast, can be eaten right away. This direction suggests that Cross knows that consuming animal protein is not ideal for one’s system and that people must ease into it slowly, but that is a far cry from telling juicers not to do it.

To give Cross his due, one of the speakers at a recent guided juicing he held at the Omega retreat in New York, which I attended along with my juice-curious husband, was Victoria Moran, author of Main Street Vegan and a formidable pile of other vegan-related books. In the five-day program, she was the only one encouraging Rebooters not to return to eating the flesh and excretions of other creatures.

In a presentation called “Your Vegan Kitchen,” Moran said that while she herself does a detoxification similar to a Reboot every season, it’s even better to avoid becoming toxic in the first place – by eating a vegan diet. The materials she distributed included instructions for veganizing your kitchen, like what foods to get rid of (“anything that came from an animal”) and what to keep on hand. (Of course, being vegan involves more than food, but in this context food was the only topic on the table.) Moran also provided a reading list that included Eat to Live by Dr. Joel Fuhrman.

Fuhrman is not a juice-pusher himself, but he wrote the foreword of Cross’s book and emphasized the health benefits of a Reboot. He writes that he and Cross share a goal of helping others improve their health and free themselves from disease and medication. While Cross focuses on short-term diet modification, Fuhrman’s Eat to Live plan has a broader agenda – and is just as good an opportunity to win over some new plant-based eaters. It’s also an easier opportunity, because Fuhrman’s book provides ample ammo to fire at animal-derived foods.

Eat to Live is not a short-term diet, but a different way of eating for the long run. The star of the show is, again, vegetables; the villains are many, including processed foods, sugar – and animal products. In Chapter Four of Fuhrman’s book – “The Dark Side of Animal Protein” – he explodes the myth that people have to eat animal products to stay healthy, and debunks all of these bugaboos:

Fuhrman notes: “Most cancers occur […] in direct proportion to the quantity of animal foods consumed”; populations that eat few animal foods are “virtually free of heart attacks and cancer”; and animal protein can be blamed for “raising cholesterol levels as well, while plant protein lowers it.” He writes that “the best bet for overall health is to significantly limit or eliminate all types of meat.” Scientific evidence supports this advice with findings like, “long-term vegans…almost never get heart attacks.” In short, Fuhrman concludes, “the research shows that those who avoid meat and dairy have lower rates of heart disease, cancer, high blood pressure, diabetes, and obesity. The data is conclusive: vegetarians live longer in America, probably a lot longer.”

This sounds like a guy whose diet plan, which he calls “nutritarianism,” will be solely plant-based. Why would a physician recommend food that he knows plays a role in heart disease, cancer, and early death?

Yet that is precisely what Furhman does. He devotes a page-and-a-half to describing the many ways in which dairy is bad for human health, then tells his readers that it’s okay to consume dairy as long as it makes up less than ten percent of their diets. Fuhrman professes not to “know for sure” whether eating vegetarian or vegan is healthier than including “a small amount of animal products.”

Juicing missionary Cross doesn’t promote a long-term plant-based diet, and his proponent Fuhrman pulls the same punch. That may be for the practical reason that readers and potential followers would dismiss a program that called for them to give up cheese and hamburgers completely. In one telling passage, Fuhrman writes that “those not willing to give up [animal products]” should limit them “to twelve ounces or less per week”; otherwise, he warns, “the risk of disease increases considerably.”

Fuhrman may be correct in thinking that some people simply will not give up animal products, even knowing that such foods are likely to cause them an early and unpleasant end. On the other hand, he may be enabling people who could be swayed to embrace a cruelty-free diet. A stronger warning against a non-vegan diet might persuade more of his readers to stop eating other animals.

Joe Cross, who subsisted on the juice of raw vegetables and fruit for sixty days, is another story. He talks gleefully about his own consumption of animal products. Cross’s attitude is: eat what you want from what he calls the “fun part of town,” and when the numbers start creeping up on your bathroom scale, just juice again. Rebooting will erase the weight. But according to Fuhrman, Rebooting will not erase the increased risk of serious disease and early death without the adoption of long-term vigilance.

It also won’t erase the suffering and death of all the animals you have eaten. To prevent that, we need more people like Victoria Moran gaining access to the audiences of diet and juicing gurus like Cross and Fuhrman, spreading the message that an exclusively plant-based diet is the best medicine for optimal health, for ourselves and for the animals.