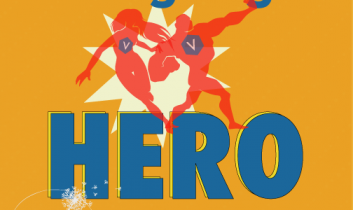 We at Our Hen House are thrilled to have the opportunity to announce The Pollination Project‘s “Unsung Vegan Heroes!” We’ll let Alissa Hauser, the Project’s Executive Director, give you the skinny about the impetus behind this inspiring program — one that that sheds light on changemakers who have devoted their lives to speaking up for the underdogs. Let’s acknowledge and celebrate those activists!

by Alissa Hauser, The Pollination Project


Over two decades ago, animal rights philanthropist Ariel Nessel had one of those “aha moments” that altered the course of his life. At age 12, he was walking on Venice Beach in Los Angeles and came across a man tabling with a wide range of information about animal rights and veganism. Ariel read the man’s materials with great interest and then went on his way, not giving it much more thought.

Almost a decade later, walking down the very same stretch of beach, Ariel came across the same man at the same table – and in that moment, it hit him. Moved by the synchronicity of that moment, and suddenly reminded him of the initial information he had been exposed to as a child a decade prior, the truth about animals became clear to him. Ariel realized that he had the power to choose to create suffering in the world by continuing to eat animals, or he could choose to live a life of compassion for all life, by not contributing to animal exploitation. He became captivated by the commitment of that one man, tabling on the beach, day after day, for decades. And it changed Ariel forever.

That’s why Jingles is the guiding inspiration for the Unsung Vegan Heroes Awards, and it is in his honor that The Pollination Project dedicates each one of these awards. 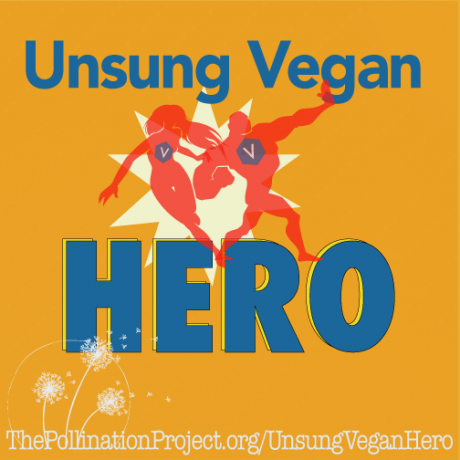 When Ariel finally reached Jingles again (it took us an entire week to track Jingles down), he told Ariel that he had stopped tabling on Venice Beach after 25 years. He was extremely touched to be recognized for all of his work.
The Unsung Vegan Heroes Awards seeks to recognize changemakers like Jingles. In this inaugural year of the awards, nearly 80 people were nominated, each of them inspiring in their own right. A team of judges representing a wide cross section of animal rights and service organizations deliberated for two weeks to determine the winners.

Finally, and with Our Hen House’s help, the Pollination Project is thrilled to present the winners of the 2014 Unsung Vegan Heroes Awards! Each of these winners will receive $1,000, $100 extra dollars to donate to their favorite animal rights charity, an official certificate announcing their award, and an Our Hen House tote bag. We’re sure you’ll agree that the animal advocates listed below represent some of the finest, most dedicated and inspiring animal rights and vegan activists in our movement.

May these vegan heroes remind you that everything you do to make the world better for animals is appreciated. Whether it is acknowledged or not, whether it is publicized or not, there are millions of animals who are alive today because of the efforts of animal rights advocates like you. If no one has told you lately- THANK YOU for all you do to make the world a more compassionate place for animals.

Please join The Pollination Project and Our Hen House in congratulating this year’s Unsung Vegan Heroes by sharing this news about their efforts to change the world for animals!