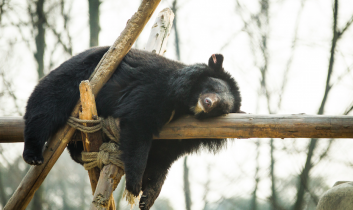 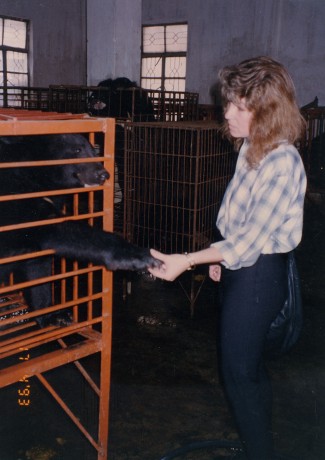 Animals Asia founder and CEO Jill Robinson (as heard on the Our Hen House podcast – Episode #199) first witnessed the cruelty of bear bile farming in 1993. Since then, she has worked tirelessly to end the industry. Animals Asia’s “Healing without Harm” program continues to collaborate with traditional medicine practitioners to end the demand for bear bile. Today on Our Hen House, Jill shares with us her experience with traditional medicine practitioners who also want to end the cruelty.

Only in my wildest dreams did I think I would witness traditional Chinese medicine doctors burning bear bile in the streets of Chengdu. But that is exactly what happened in 2010 when Animals Asia began our Healing without Harm campaign. At that time, a small but determined group of Chinese doctors decided they wanted to finally speak out against the practice of bear bile farming, so these ambassadors voted with their businesses and their profits, and agreed to never sell or prescribe bear bile again. Four chains of pharmacies, comprising 33 shops, came on board during that monumental year. Movingly, groups of students also joined in by campaigning against the industry. Launching banner exhibitions in their universities, these passionate students publicly voiced their opposition to the farming of bears for the extraction of their bile. It appeared as though things were beginning to change for these majestic bears who stole my heart and set me on my life’s mission, so many years ago. 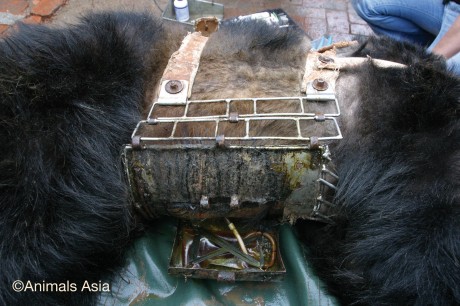 Bear bile farming is not a traditional practice. In fact, it began in China in the early 1980s as a “solution” to the problem of endangered moon bears being killed in the wild for their gallbladders. Tragically, this “solution” was a horrifying one, resulting in thousands of bears being caged – many hunted from the wild – and surgically mutilated with crude metal or latex catheters inserted into their abdomens and gallbladders. Later, a new, so-called “humane” method of bile extraction was sanctioned by the authorities: A gaping hole was cut into the bear’s abdomen and gallbladder, allowing bile to drip out of a wound that never healed.

In addition to these brutalities, bears on bile farms are often subjected to cruel and painful procedures to eliminate any possibility that they can fight back. Their teeth are cut back to gum level. Their paw tips are hacked away to make them less dangerous. And aside from the mutilations imposed upon them, many bears self-mutilate by constantly banging or rubbing their heads against cage bars.

Although there has been some recognition that these practices are wrong, there is no easy fix. Bear farming is now actually illegal in Vietnam, but, nevertheless, the practice continues. In fact, there remain some 2,000 bears left on farms. Many still have their bile illegally extracted after being subjected to a crude anesthesia using illegal drugs. The semi-conscious bears are then jabbed with a four-inch needle until the bile is found. It is drawn from the bodies via a mechanical pump. 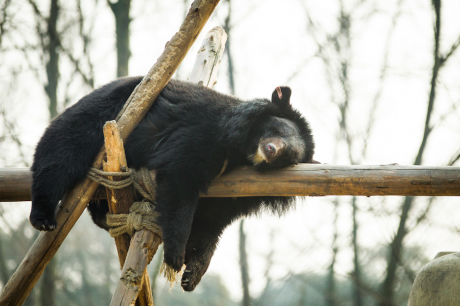 Animals Asia has rescued over 500 bears from this industry. We have been instrumental in the development of sanctuaries in China and Vietnam – and we are currently facilitating the ongoing conversion of transitioning a bear farm to a sanctuary in Nanning, China. This latest rescue followed a brave bear farmer’s very public assertion that the industry is both “cruel and hopeless.”

Fundamental to this rescue – and to our ongoing evidence of how bear bile farming exploits and kills members of endangered species of bears – is our work with the traditional medicine community. One of our most successful campaigns is Healing without Harm, a campaign collaborating with practitioners of traditional medicine, independent pharmacists, and pharmacy chains. The campaign also engages collaborations with pathologists and liver specialists in China and Vietnam to gather evidence on the implications for human health of consuming contaminated bile from diseased farm bears.

As the Council Member of the World Federation of Chinese Medicine Societies Herbal Committee, I have been fortunate to have met many traditional medicine doctors who have no compunction in emphasizing that bear bile has no place in their discipline today. One such practitioner, Lixin Huang, who is Chairman of the American College of Traditional Chinese Medicine, goes so far as to say, “We ask bear farmers not to use the excuse of traditional medicine as a reason for farming bears, because we do not need bear bile to save patients’ lives.” This is a bold statement, considering that bear bile has been used for thousands of years in Asian pharmacopeia. 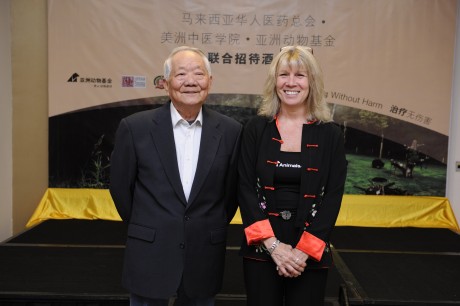 Healing without Harm practitioner Dr Gao Yimin, a TCM practitioner for more than 50 years​​​​, alongside Jill

As these practitioners point out, bear bile is simply not needed. In traditional medicine, bear bile’s function is easily replaced by herbs. That is why Animals Asia’s Healing without Harm campaign is making such incredible strides. A press conference this September saw a remarkable 1,945 traditional Chinese medicine shops and pharmacies, pharmaceutical companies, and hospitals joining our efforts. They effectively boycotted bile products, and in doing so, highlighted practitioners’ respect of – and duty to protect – China’s bears. The comments made at that press conference showed the enormous support within the traditional medicine community. In the words of Sun Weidong, the Director of the Changsha Food and Drug Administration:

To take other animals lives is like taking our own lives and, on behalf of Changsha FDA, I pay my respect to all the pharmaceutical industries who are respecting life, caring for animals, refusing bear bile products, and saying no to animal cruelty. To regulate animal medicine and promote the continued development of medicine and ecology, we need to research synthetic alternatives of animal medicines, and do our best to protect animals. 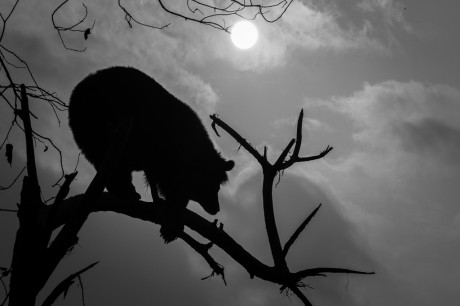 Similarly, the Vietnamese Traditional Medicine Association has, along with Animals Asia, produced a booklet for their members highlighting the 32 herbal alternatives to bear bile, and have pledged to see bear bile usage reduced to less than five per cent by the end of 2016. Hopefully, this escalating support will not only help the bears suffering on farms, but will aid those in the wild, too. After all, the most important underlying principle behind Chinese medicine is to take the easy, avoid the difficult, and “be compatible with nature.” These are ideas that anyone who cares about animals can stand behind. Whether fighting for animal rights, or for the conservation of endangered species – or for the preservation and development of traditional Chinese medicine – we each can find common ground. Even the bear farmers themselves increasingly appear trapped in an industry that they’d love to escape.

To the bears in those tiny cages, the benefits of Healing without Harm are obvious. But, with a common vision, this campaign should actually serve all parties, and our challenge and mission is to achieve that. Only then can bear bile farming finally be a nightmare of the past.

Perhaps my dreams are not so wild after all. 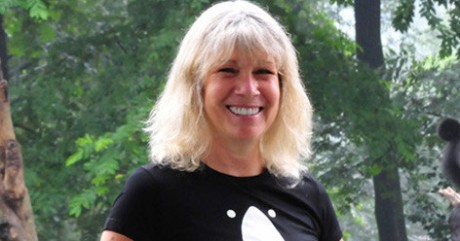 Animals Asia founder and CEO Dr. Jill Robinson arrived in Hong Kong in 1985 and spent 12 years working in Asia as a consultant for the International Fund for Animal Welfare. Repeatedly faced with scenes of widespread animal cruelty, Jill founded “Dr. Dog” in Hong Kong in 1991 – the first animal-therapy program in Asia. In 1993, a visit to a bear farm in southern China changed her life forever. Discovering the plight of endangered Asiatic black bears (also known as moon bears), Jill embarked on a journey to end the practice of bear farming once and for all. In 1998, she founded Animals Asia, an organization that is devoted to ending the barbaric practice of bear bile farming and improving the welfare of animals in China and Vietnam by promoting compassion and respect for all animals, and working to bring about long-term change. Animals Asia began as a small group working out of Jill’s front room. She has since built the organization into a respected international NGO with over 300 staff members, an annual turnover of more than $9 million, and award-winning bear sanctuaries in China and Vietnam. Animals Asia is headquartered in Hong Kong, with offices in Australia, China, Germany, Italy, the U.K., the U.S., and Vietnam.