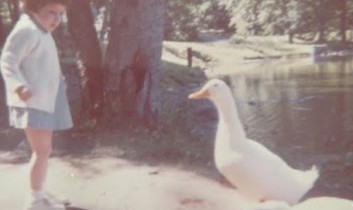 Children need and deserve an education that fosters reverence, respect, and responsibility; that teaches them to be critical and creative problem-solvers; and that inspires them to make a difference in the world. Today on Our Hen House, Zoe Weil – the president of the Institute for Humane Education – explains how to achieve that. 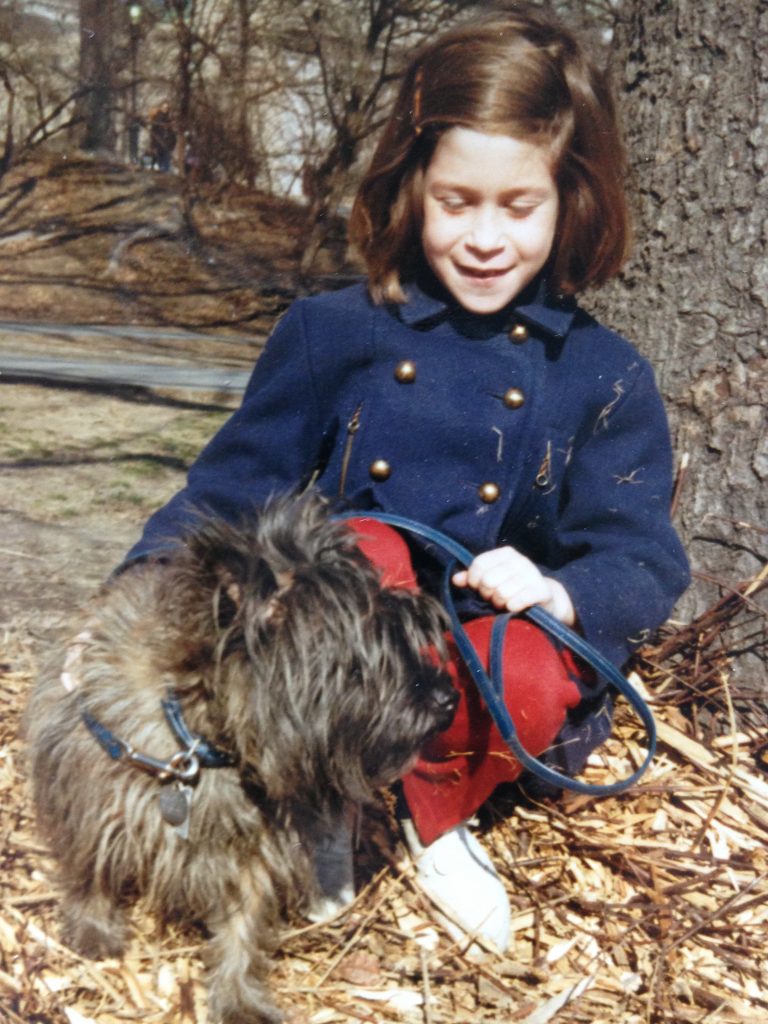 Picture a girl who loves animals and whose first “pet” is a caterpillar she rescues from the concrete of her New York City neighborhood, and which immediately spins a cocoon, much to her amazement. Picture her skipping to the local library each week to take out a stack of books she can barely carry in her little arms. See her joyfully entering first grade, eager to learn.

Fast forward. Now she’s ten and has become anxious at school. She’s worried about getting good grades. She becomes physically ill when she has to take her first “exam.” Learning diminishes. She memorizes and forgets.

Watch her morph into a young teenager who discovers the TV show Star Trek, which ignites a passion for astronomy and physics. At summer camp, she becomes friends with her tennis counselor, an astrophysics major in college. They sleep out on the baseball diamond staring at the stars, and she learns about Einstein’s theory of relativity. She lies on her back with tears of awe and wonder, gently falling down her cheeks.

Back at school she can’t wait to take Physics, but then she finds it so boring. They rarely do experiments in class, just equations. They don’t discuss the profound, wondrous ramifications of physics. She perseveres, taking advanced physics and astronomy, but the textbook-based class is equally dull, and they never look through a telescope, observe the night stars, or even visit the planetarium. She does what she has to to get good grades, but school has become nothing more than an endurance test.

As you’ve probably guessed, this is my story, and I share it because it could be any middle class child’s story in the U.S., differing only in details. Children are insatiably curious. Most love animals. They have their own passions that they want to pursue. And they are too often bored, stressed, and even scared in school. 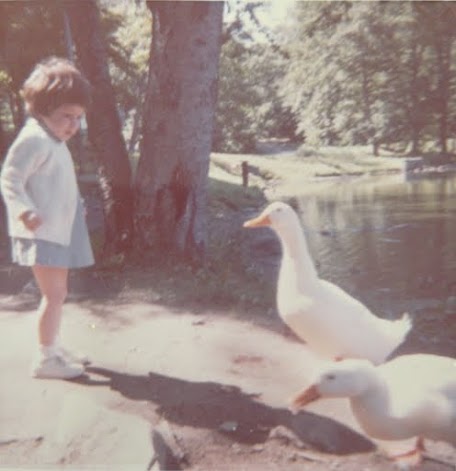 Zoe with some fabulous ducks

Learning is one of the greatest joys of being human. It’s up there with love and giving to others. Yet school is so seldom a joyful place. Students compete for grades, turning classrooms into battlegrounds. They cram for tests and then forget what they’ve supposedly learned. They often have no idea what their learning is even for, nor an understanding of how or why it matters beyond getting into a good college. They may have career goals, but too few are thinking about the positive roles they can and must play in the world.

To briefly finish my story, my love for animals and nature – and my commitment to justice – led me to human rights, environmentalism, and animal protection work. In graduate school, I taught week-long humane education classes to middle school students during the summer, watching in amazement at how profoundly my students changed over the course of just a week – in one case, overnight. After learning about product testing on animals, one boy in my class went home and made his own, handwritten (because this was in 1987) leaflets.

When I taught those courses and saw how my students came alive, how they cared, how they were willing to make new personal choices and participate in change (several started a Philadelphia-area student group to protect animals and the environment), I realized that education is the root system underlying all other systems – and the most important system to address if we want a humane, just, and restorative world. As Mahatma Gandhi once said, “If we are to reach real peace in the world, we shall have to begin with children.” He was right.

I believe that it’s a travesty to knowingly bore children in school, an evil to turn the joy of learning into a competitive endurance test. And, ultimately, it is myopic to have as our goal of education “preparation for global competitiveness,” which is what you find on the U.S. Department of Education mission statement – rather than preparation for effective, engaged, joyful global citizenship for a healthier, more just, more humane world. What children (and the world) really need is humane education that prepares them to be solutionaries for a better future.

Education that is captivating, empowering, and meaningful can only be accomplished with the most vigorous skill building that people associate with the words “rigor,” “academic,” and “college-preparatory.” To be solutionaries, young people need to be exceptional thinkers: critical thinkers, creative thinkers, mathematical thinkers, scientific thinkers, and design thinkers. To be solutionaries, they need to have interdisciplinary knowledge relevant to today’s world. 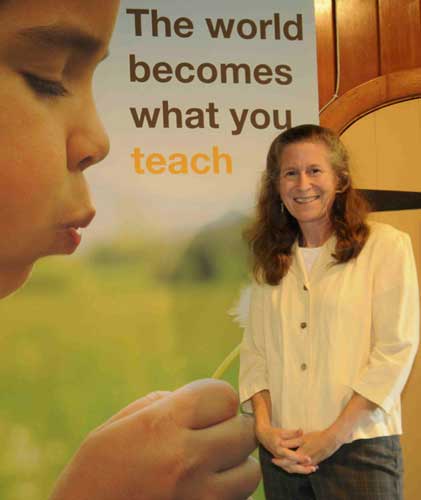 They need to have experience addressing real challenges, collaborating, failing, persevering, and succeeding. This makes them not only college-ready, but also ready for full engagement in a world that needs them. Young people who receive such an education will rarely be bored or apathetic. They know they matter. They know can make a difference.

The necessity for such an education was driven home for me in recent years after I taught at two different middle schools. In the first, a Waldorf-inspired, rural school, I taught a week-long humane education course focused on changemakers. I shared stories of such people as Mohammad Yunus, who launched the microcredit movement that has lifted millions out of poverty, and Eddie Lama, who set out to educate the New York City public about animal cruelty. After learning about Yunus on the first day, I asked the students how many of them felt a responsibility to help alleviate poverty (their rural community had very high poverty rates). Only one child tentatively raised her hand. I was stunned by their seeming sense of apathy. But by the end of the week, these same kids had fire in the belly to make a difference. Humane education inspired them to contribute. Several described the week as life-changing. That sounds positive, until you ask yourself, shouldn’t all education be life-changing?

In another school in Connecticut, the fifth and sixth graders generated a list of problems in the world, but when I asked them if they could imagine us solving these problems, only six of the 45 raised their hands. That was the most worrisome moment in my career as a humane educator. If these young people couldn’t even imagine us solving our problems, what would motivate them to try? 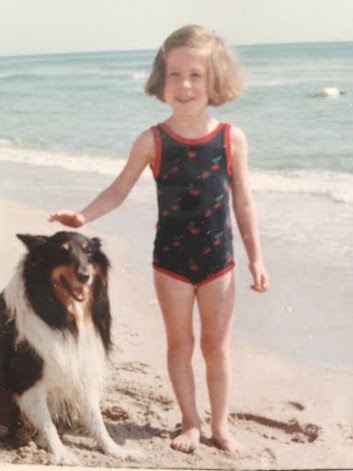 School must change. Young people long for an education that is relevant and meaningful, joyful and creative, and the world is aching for a generation of solutionaries. And so the Institute for Humane Education, with a phenomenal and growing team and collaborators and allies – like the wonderful founders of Our Hen House – are creating a K-12 Solutionary School in New York City, the first of many with a free, open-source curriculum available to the world.

Imagine a decade from now. Picture children across the globe attending such schools, which have become the norm for education. See them joyfully learning and working with their friends, teachers, and mentors to solve the challenges we face. Imagine them looking at every problem, large and small, with this question in mind: How can we solve it doing the most good and least harm to people, animals, and the environment? See them studying real world issues and using their excellent thinking, communication, scientific, mathematical, design, collaborative, and creative skills to contribute to a better world.

Notice how joyful and wise they are. Watch how a brighter future is unfolding. 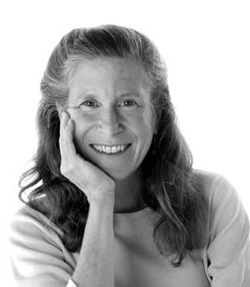 Zoe Weil is the president of the Institute for Humane Education, which offers the first and only M.Ed. and M.A. programs in Humane Education, as well as online programs, workshops, and resources for teachers, parents, and change agents. She is the author of Nautilus silver medal winner Most Good, Least Harm; Above All, Be Kind; The Power and Promise of Humane Education, and Moonbeam gold medal winner for juvenile fiction, Claude and Medea. Zoe has given an acclaimed TEDx talk on solutionary education, and blogs at www.zoeweil.com. Find her on Facebook and follow her on Twitter @ZoeWeil.